She’s known as much for her music as for her devotion to Christmas, and Mariah. And Mariah Carey had got something new for her fans this year, two months to Christmas.

According to the iconic singer, she’s launching a fairytale for holiday lovers of all ages in October 2022.

In that tale, readers will encounter little Maria Carey and the turmoil of her childhood.

It’s months to the launch of the fairytale, but it appears like her fans just can’t wait to read what the celebrated singer has got to say in the upcoming fairytale.

So some of them have stormed social media, including Twitter to discuss what impact the singer has made in their lives already, as well as her contributions to global pop, while they wait for the fairytale.

One thing that’s apparent from most social media users who tweeted about the songstress is that she’s a musician of almost divine gift and a blessing to her generation.

One of her fans even alluded to Beyoncé having said at some point that she feels Mariah Carey’s voice comes from God. You can check out other comments below.

me on my way to defrost Mariah Carey because i’m not liking how 2022 is going so far and i need fun pic.twitter.com/VC7szGorO1

Suddenly remembered this moment! ❤️
“My favorite thing about this song would be the background vocals.”pic.twitter.com/tdaootSpBp https://t.co/veKgBtWOHW

17 years ago, mariah carey released 'we belong together' the biggest song of the 2000s 💫 pic.twitter.com/O1kiS75Rsp 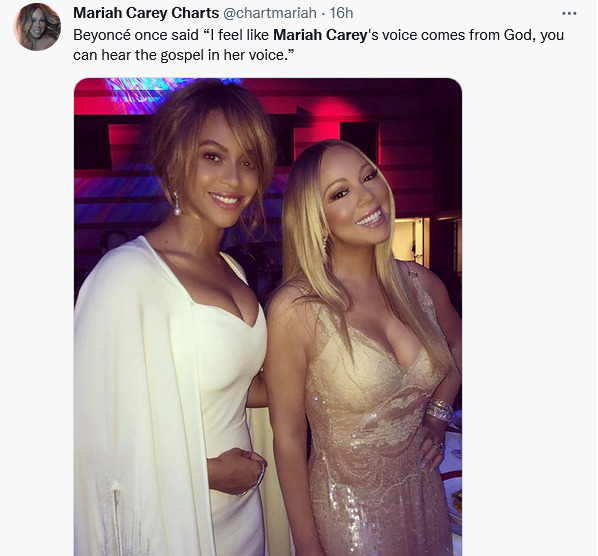 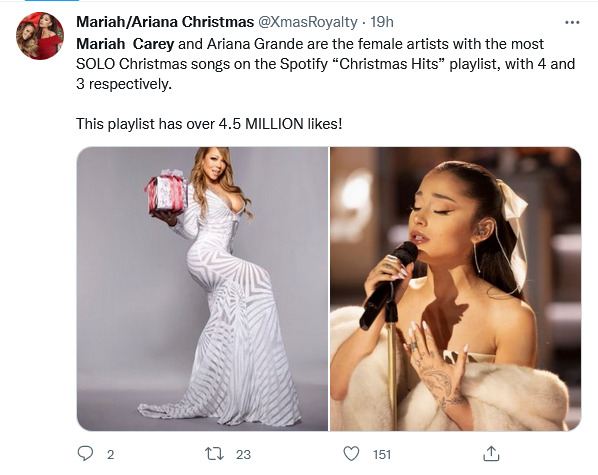 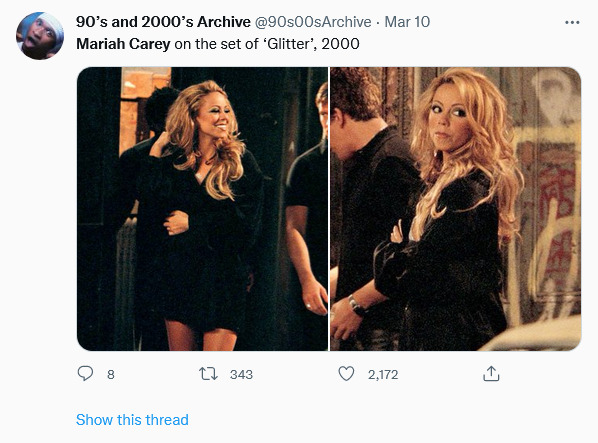 The upcoming fairytale just might cement Mariah Carey’s please as a creative on the global scene.

Tags
Mariah Carey USA
John Israel A Send an email 15 March 2022
Back to top button
Close
We use cookies on our website to give you the most relevant experience by remembering your preferences and repeat visits. By clicking “Accept All”, you consent to the use of ALL the cookies. However, you may visit "Cookie Settings" to provide a controlled consent.
Cookie SettingsAccept All
Manage Privacy