It started as an unusual response to a trending topic and ended as a national date. Now South Africans are determined that celebrated actress Pearl Thusi should have a reality show, as long as her recent Mr. Smeg and record label boss Oskido would pop in occasionally.

Here’s the backstory… Podcast host MacG had interviewed the American singer Ari Lennox and ended up asking her an explicit question (who she’s currently banging). The songstress took umbrage at the question and so did many on social media.

In the heat of the controversy, the question elicited, Mr. Smeg had tweeted that Ari Lennox is not beautiful.

Pearl Thusi had laughed at the post, noting her laughter in no way meant she endorsed the message. Apparently, Mr. Smeg is never known to have described anyone as ugly. But he took exception to Ari Lennox, which amused Pearl, hence her tweet.

Thereafter, Mr. Smeg had asked to have a lunch date with Pearl Thusi. She agreed and they went out in what was televised with the hashtag #nationallaunchdate.

The venue was Daruma, an eatery owned by Oskido…

Man men across South Africa thought Mr. Smeg repped them well. Nd they are for Pearl Thusi running a reality show and Mr. Smeg, as well as Oskido, showing up now and then. 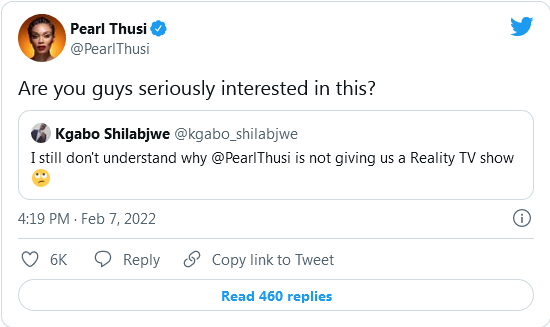 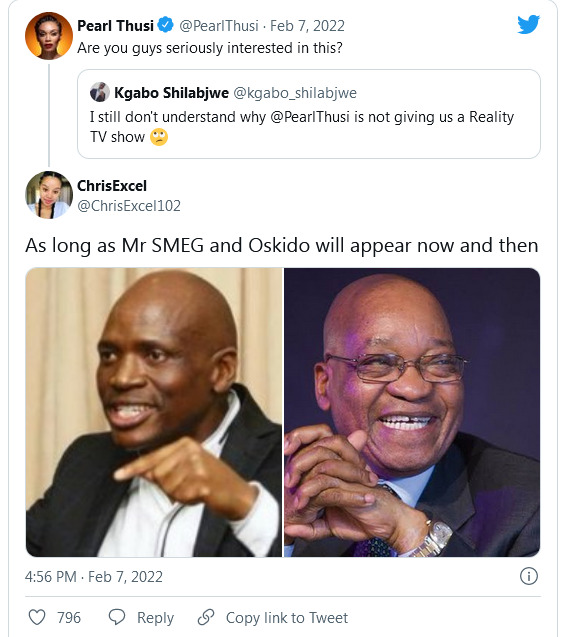 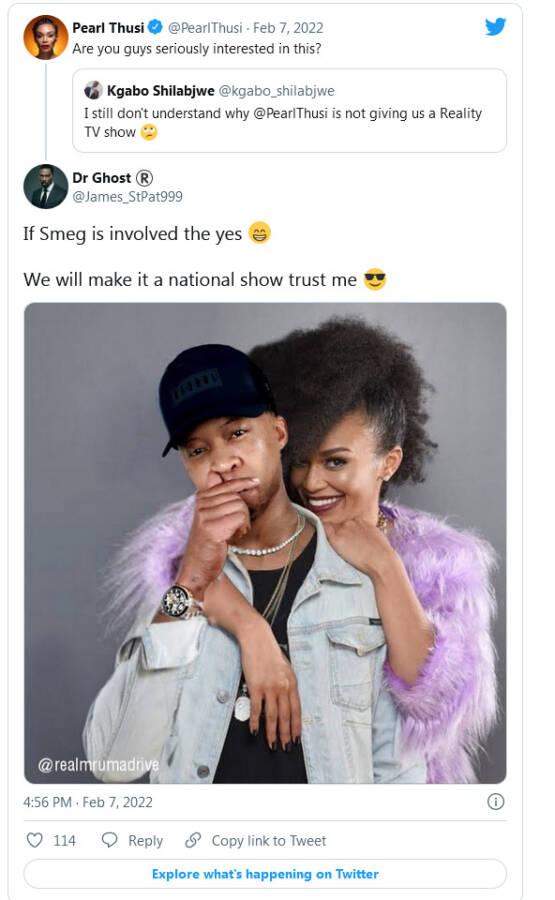 Tags
Mr Smeg Oskido Pearl Thusi
John Israel A Send an email 9 February 2022
Back to top button
Close
We use cookies on our website to give you the most relevant experience by remembering your preferences and repeat visits. By clicking “Accept All”, you consent to the use of ALL the cookies. However, you may visit "Cookie Settings" to provide a controlled consent.
Cookie SettingsAccept All
Manage Privacy