Rihanna and Greta Thunberg angered the Indian government when they tweeted in support of farmers protesting the new farm laws in the country.

The farmers fear the new farm laws make them vulnerable to predatory large corporations and have poured into the streets of New Delhi, the country’s capital, denouncing the law.

In a tweet on February 2, Rihanna wondered why the world wasn’t talking about the farmers’ protest and the cutting of internet service (by the government) as a result. Her tweet received massive traction online, with over half a million liking and over 200k others retweeting it. 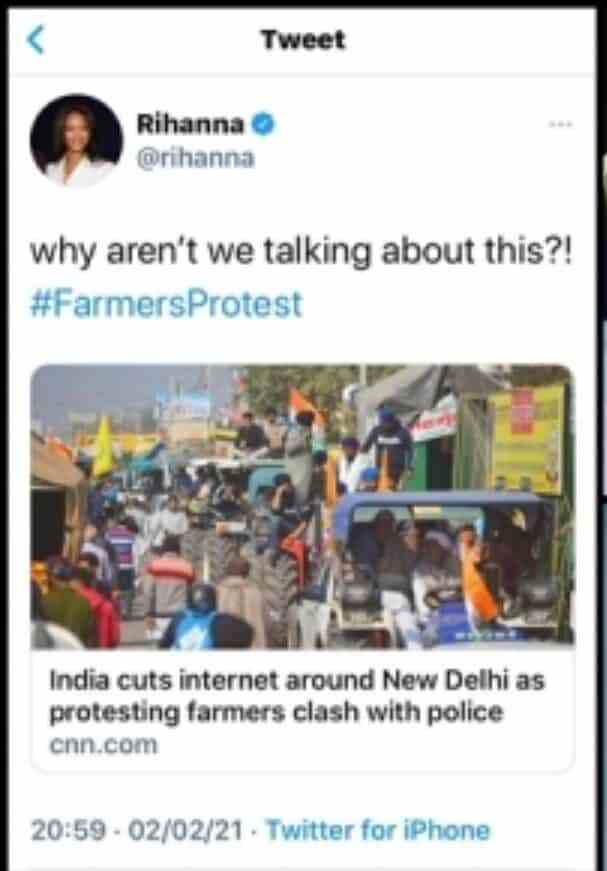 On her part, Greta Thunberg made it clear in a tweet that she is standing in solidarity with the protesting farmers in India.

Unimpressed by the support for the protest, especially among celebrities, the Indian Government, through the ministry of foreign affairs, claimed celebrities don’t have a proper understanding of the issues. The ministry implied what celebrities are sharing is mere propaganda and that the country is together and not divided by protests.

What do you think of Rihanna’s and Greta Thunberg’s support of the protesting Indian farmers? You might want to join the conversation by dropping your thoughts in the comment section below.

Tags
Greta Thunberg Rihanna
John Israel A Send an email 3 February 2021
Back to top button
Close
We use cookies on our website to give you the most relevant experience by remembering your preferences and repeat visits. By clicking “Accept All”, you consent to the use of ALL the cookies. However, you may visit "Cookie Settings" to provide a controlled consent.
Cookie SettingsAccept All
Manage Privacy