The journalist has claimed that the minister lied about landing in Ukraine, which is currently fighting a brutal war with its neighbor Russia.

The minister had provoked national debate when he tweeted about landing in the Eastern European country, and South Africans wondered aloud what he was doing there, especially so because he’s not the Rainbow Nation’s minister of external affairs.

Some social media users wanted to know in what capacity he went to Ukraine. Ziyanda had chimed in, asking questions about the minister’s tweet. The minister retorted dismissively that he wouldn’t answer her question.

This provoked the journalist, who described the minister as totally insensitive about the ongoing crisis in Europe, something one shouldn’t expect from a public officer.

The minister would not back down, though, he accused the journalist of trying to become famous by using his name.

The journalist denied it, though, noting the minister was the last person she would want to attach to her name to be famous. You can check out the conflict, as well as the opinion of Mzansi Twitter, below. 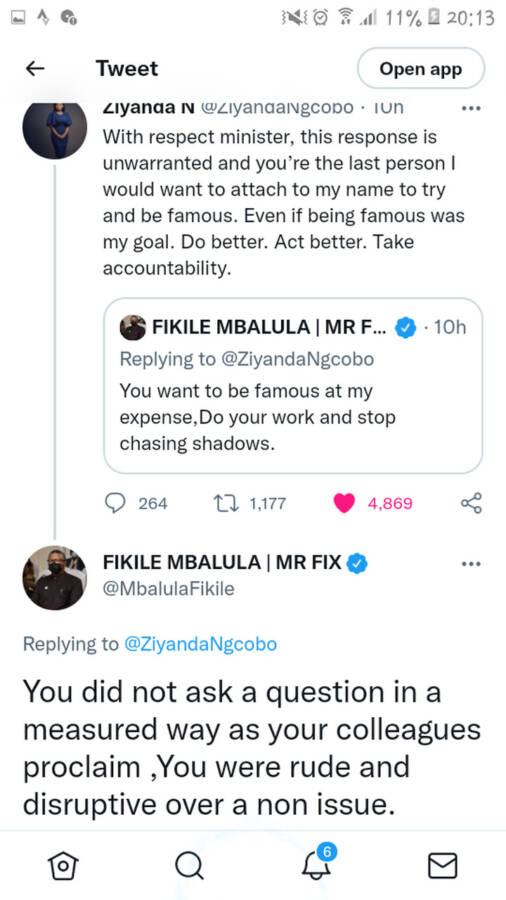 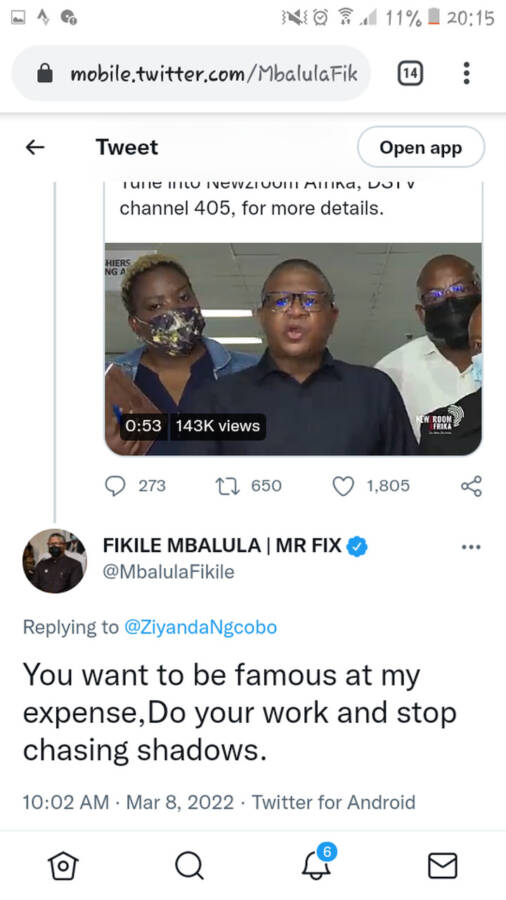 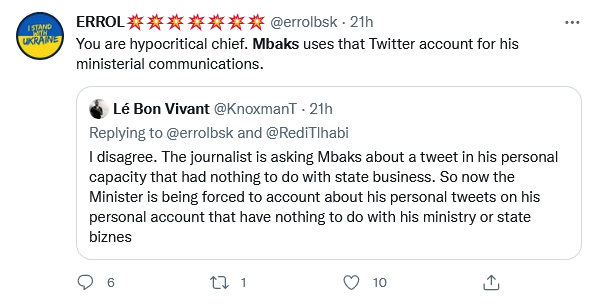 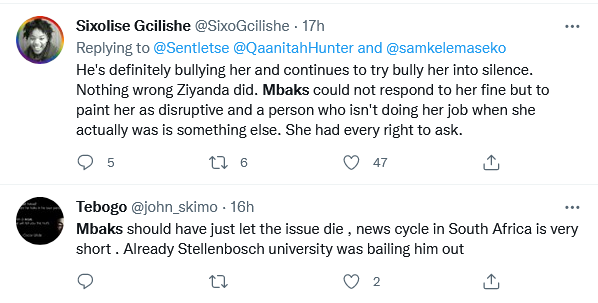 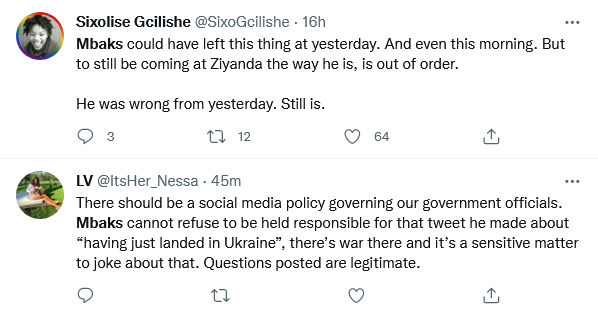 Tags
Minister Fikile Mbalula Ziyanda Ngcobo
John Israel A Send an email 9 March 2022
Back to top button
Close
We use cookies on our website to give you the most relevant experience by remembering your preferences and repeat visits. By clicking “Accept All”, you consent to the use of ALL the cookies. However, you may visit "Cookie Settings" to provide a controlled consent.
Cookie SettingsAccept All
Manage Privacy