South Africa’s transport minister Fikile Mbalula has just landed in Ukraine – or so he said in a cryptic tweet. And it’s got South Africans talking.

It cannot be determined why he’s in Ukraine since he’s not South Africa’s foreign affairs minister, but he’s in the East European country anyway, and Mzansi isn’t quiet about it.

Ukraine is currently in a war with Russia over the former’s ambitions to join the North Atlantic Treaty Organization (NATO), a collective Russia considers a threat. So Russia invaded the country. And war broke out.

But why is South Africa’s transport minister in Ukraine? The minister hasn’t disclosed the reason. But most South Africans don’t care; they are miffed, stating on social media that he ought to be home fixing potholes.

Carl Niehaus wasn’t left out of those bashing the minister, in a tweet, he wondered if the minister’s tweet wasn’t induced by something that rhymes with Ukraine. We know that but we won’t tell. Lol. 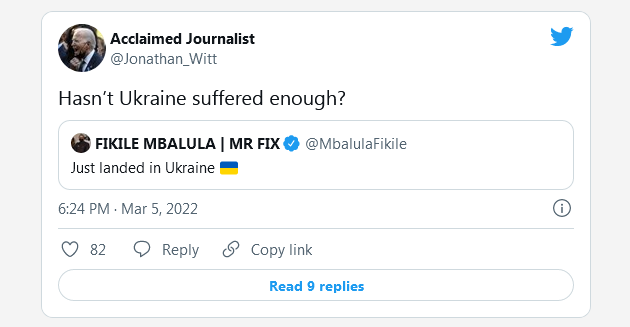 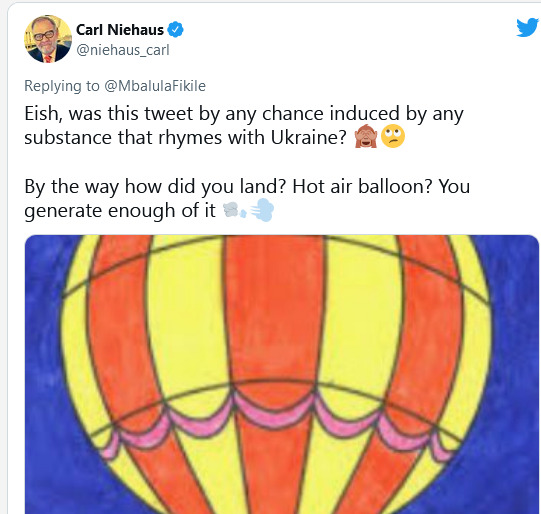 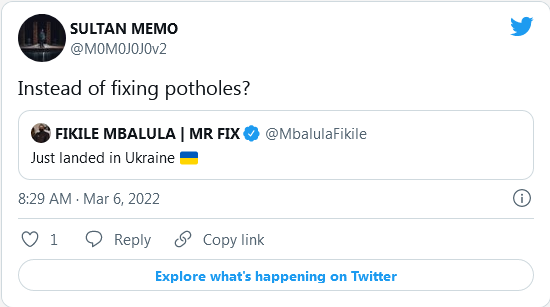 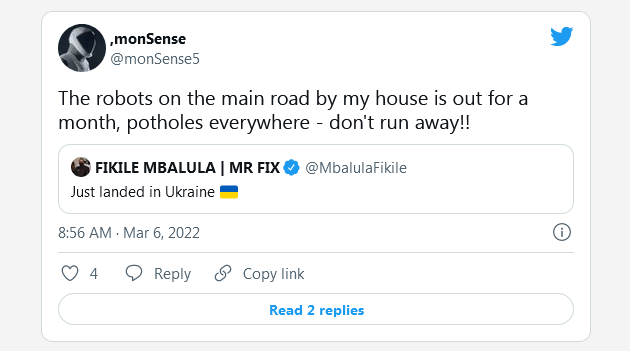 By the way, the minister made it to the East European country amid a raging debate among South Africans on the propriety of the Russian invasion. While some South Africans are siding with Russia in the conflict, others are standing with Ukraine.

Tags
Minister Fikile Mbalula
John Israel A Send an email 7 March 2022
Back to top button
Close
We use cookies on our website to give you the most relevant experience by remembering your preferences and repeat visits. By clicking “Accept All”, you consent to the use of ALL the cookies. However, you may visit "Cookie Settings" to provide a controlled consent.
Cookie SettingsAccept All
Manage Privacy