It is release season, and Mzansi’s best and most notable stars have been dropping amazing joints and projects back to back. We have loved every single project which has dropped. Now, we have even more to look forward to as SA Hip Hop star, Flvme announces he has some deliveries coming soon.

In tweets shared this morning, Tuesday, September 15, the Mzansi star revealed that he will be releasing two new projects this summer. No jokes, not one but two new projects. That’s going to be a double blessing for his fans to bask in.

We have always known that he had plans to drop a new project. He’s been sharing hints all over social media. He has revealed the project titles to be “Winter Nights” and “Dead Or Alive”. One is a Hip Hop album and another is an RnB record. So, prepare to have your mind blown. 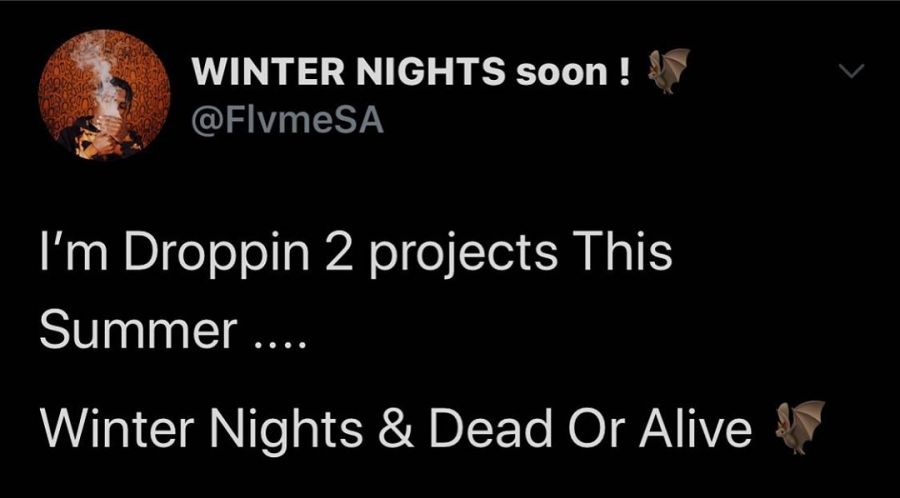