The New Year has begun in earnest for South Africa’s Blxckie and his pal Flvme. The pair has just teased an upcoming song. And from the looks of things, fans are into the song already.

Flvme shared the teaser on his Twitter account, asking fans to tag Blxckie if they are ready to listen to the song. So perhaps Blxckie has to give the go-ahead before the song would be released. 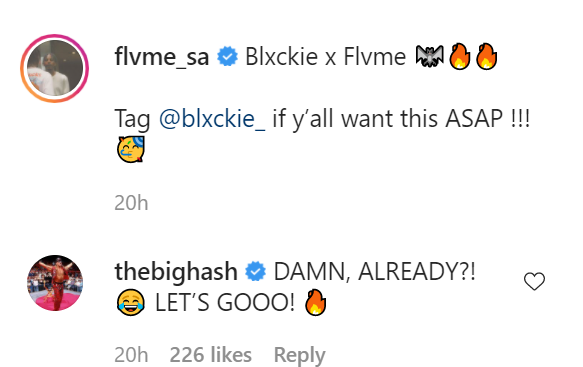 The song wasn’t titled. But that’s by the way. If the pair should release the full song now, it would be their debut single for the year. For Flvme it would be a follow-up to his “Dead Or Alive” album of 2020, which was said to have bee recorded in one week. 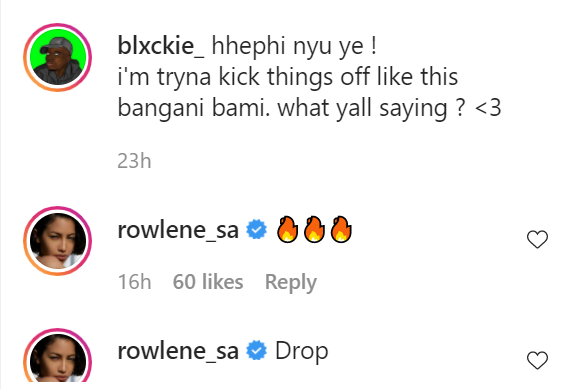 Well, we’ll be out here ready to share the full song with you on release. In order not to miss it, you might want to subscribe to our newsfeed as well as follow our social media channels.

What do you make of the teaser from Blxckie and Flvme though? Is it a motivation to look forward to the full song? You might want to join the conversation by dropping your thoughts in the comment section below. Way to go!

Tags
Blxckie Flvme
John Israel A Send an email 5 January 2021
Back to top button
Close
We use cookies on our website to give you the most relevant experience by remembering your preferences and repeat visits. By clicking “Accept All”, you consent to the use of ALL the cookies. However, you may visit "Cookie Settings" to provide a controlled consent.
Cookie SettingsAccept All
Manage Privacy