We’ll keep saying it over and over again, that SA Hip Hop has been killing it all year. The genre has been getting new music every passing week, in the form of singles and albums, and they’ve all been impressive. From what we hear, there’s more on the way.

Mzansi rapper, Flvme previously announced his upcoming album “Red Light District” a little while ago, and fans have been anticipating that. The album is scheduled to drop on the 10th of July. That’s exactly one week from today.

To show fans what to expect, the talented muso has shared the official tracklist for the project and it features a total of 10 tracks. Most of the songs on the album is co-produced by Flvme. The album features Zoocci Coke Dope and Jordan Baker. This is going to be one massive album. 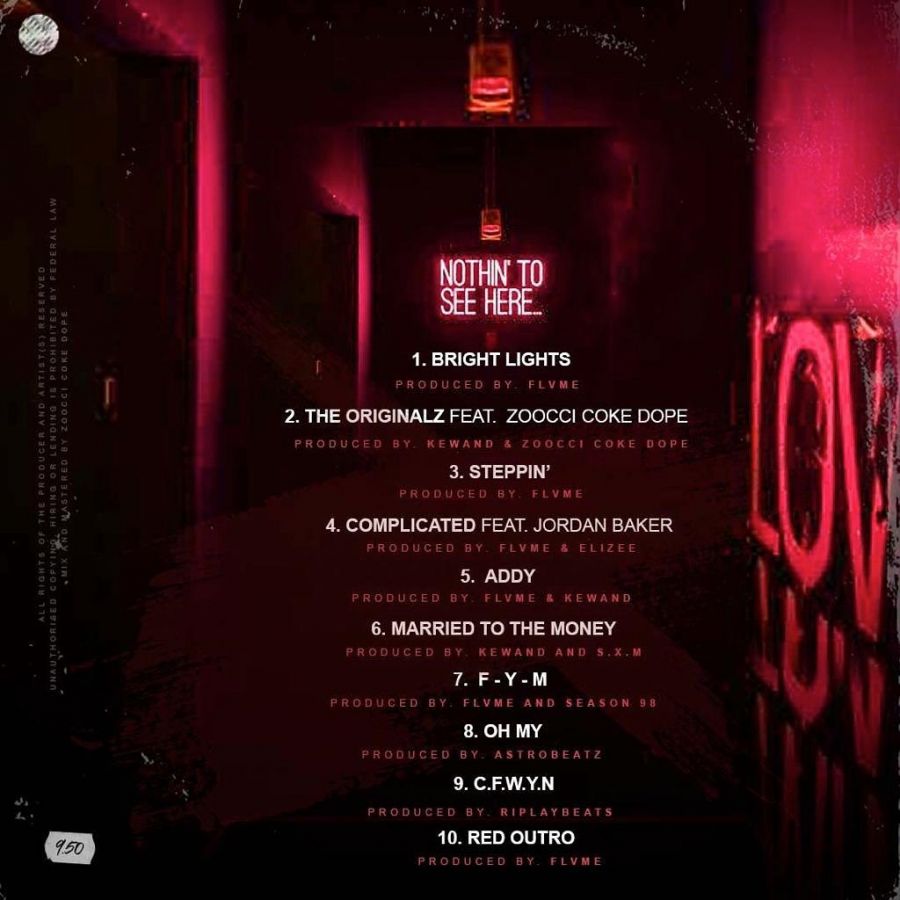