Mzansi hit maker, Focalistic is stunned at the reception of his soon-to-be released song “Gupta” in Namibia.

We can all say that Mzansi hit maker, Focalistic is at that stage in his career where his fans will support him with anything. Foca has claimed the airwaves with hits earning the title of MTV Base’s Hottest MC in 2020. We all thought it was well deserved.

He has been teasing an unreleased song for some time now. The song titled “Gupta” is a joint collaboration with Mr JazziQ, and features contributions from Lady Du, and Mellow & Sleazy. Fans have anticipated the release of the song since it was announced.

During a recent performance in Namibia, Foca was left stunned at the reception for the unreleased song. We are also shocked by it. Who knows how massive the song would be when it finally drops. It is the follow up to the “Ke Star remix” featuring Davido. 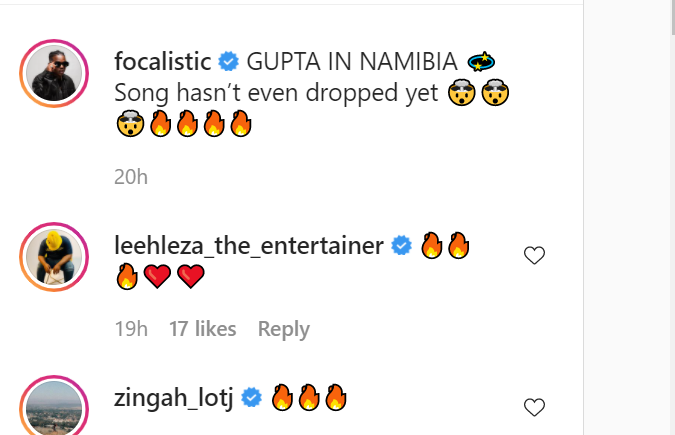 Tags
Focalistic
John Jabulani Send an email 28 April 2021
Back to top button
Close
We use cookies on our website to give you the most relevant experience by remembering your preferences and repeat visits. By clicking “Accept All”, you consent to the use of ALL the cookies. However, you may visit "Cookie Settings" to provide a controlled consent.
Cookie SettingsAccept All
Manage Privacy