The internet went nuts yesterday, November 17, when singer, Davido took to social media to share an empty bank account and call out his friends to send him money for his birthday. The “If” star revealed that his goal was N100m to clear his new Rolls Royce.

He also called on every artist he has collaborated with (and given a hit song over the course of his career) to gift him a million Naira each. In his opinion, each one of them is able to do it. In less than 24 hours, the singer has received over N155m beating out his initial goal.

Mzansi star, Focalistic also joined in the fun and sent him a million Naira. The two had collaborated in the remix of “Ke Star” which also features Vigro Deep. The song topped charts across the continent and became a major hit on the radio. 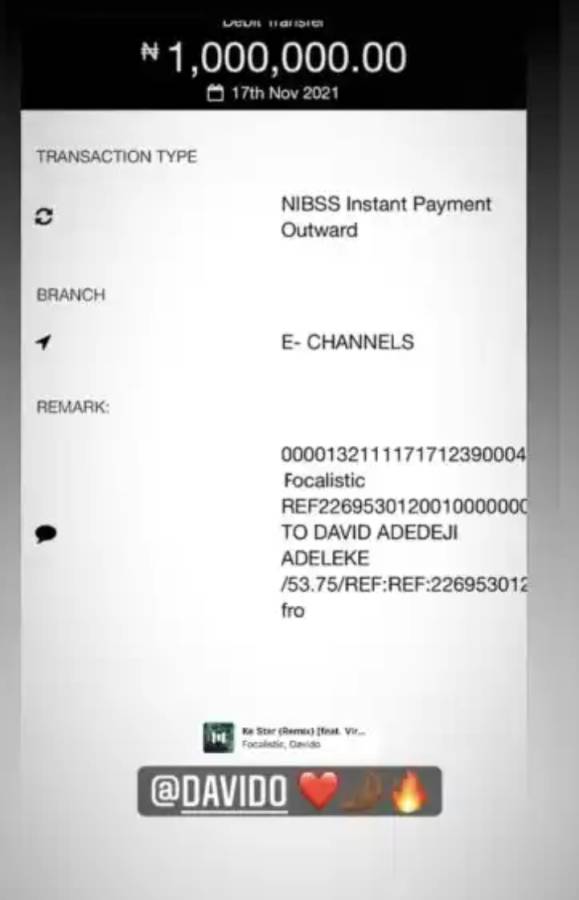 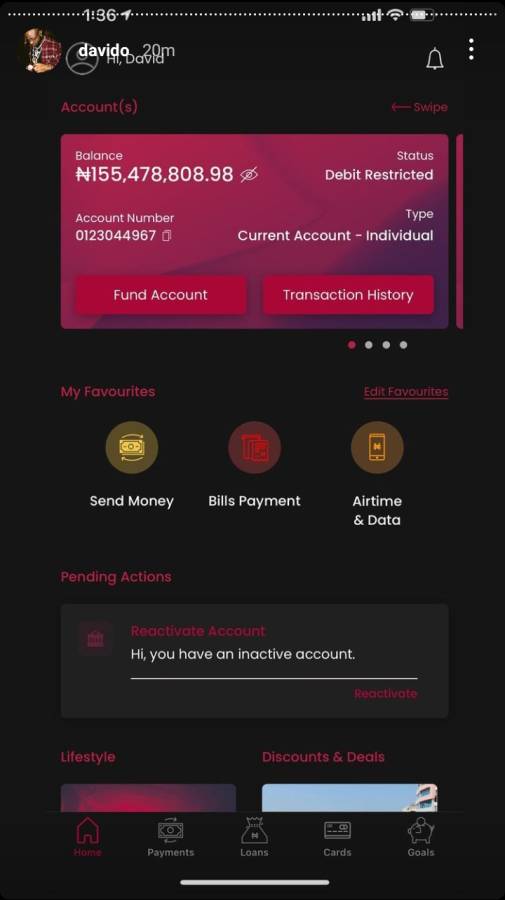 Tags
Davido Focalistic
John Jabulani Send an email 18 November 2021
Back to top button
Close
We use cookies on our website to give you the most relevant experience by remembering your preferences and repeat visits. By clicking “Accept All”, you consent to the use of ALL the cookies. However, you may visit "Cookie Settings" to provide a controlled consent.
Cookie SettingsAccept All
Manage Privacy