Focalistic is the star of the moment, thans to his “Ke Star (Remix)” song. That song, which featured Nigerian musician Davido, is doing so well it has snapped the No1 spot on Nigeria iTunes & Apple Music top songs charts.

The original of that song featured the amapiano producer Vigro Deep. The songster didn’t get the acknowledgement he thinks he deserved in the remix and had spoken out, describing it as an attempt to undermine his brand.

Anyway, the appeal of the song cannot be denied, as should be evident in it clinching top spots in faraway Nigeria. One might say – and justly so – that David’s influence was instrumental to the song’s success in Nigeria.

In the chart, which you can check out below, Focalistic topped local talents like Rema, Bella Shmurda, Omah Lay, Ajebi Hustlers, and Teni. 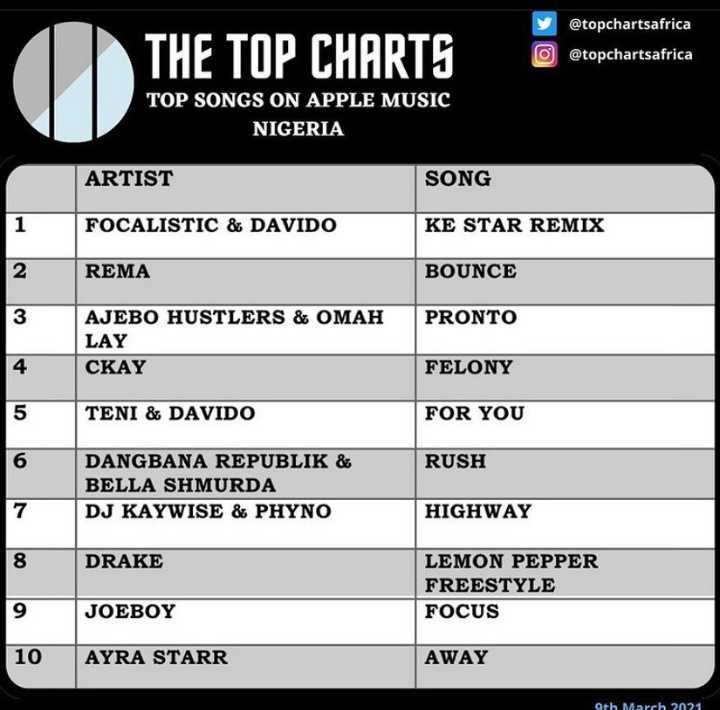 By the way, Focalistic’s “Ke Star” song has been receiving massive love from around the world. Previously Nigerian musician D’Banj had rocked the song in his Rolls Royce. Also, artistes like Diddy, as well as Alicia Keys and her husband Swizz Beatz had vibed with the number.