American rapper, Future is the man on everyone’s lips today. On Monday, April 25, the “Way 2 Sexy” star announced the title of his next studio project. It will be titled “I Never Liked You”. He has also unveiled the cover art for the project.

The album cover features him sitting in a car with a sleeping eye mask that matches his suit. Fans have reacted on social media to the new album cover. Several reactions on Twitter show that they find the album’s cover amusing while relating it to the title.

The album features Drake, Kanye West, Brent Faiyaz, Gonna, Lil Baby, FKA Twigs, Vory, 42 Dugg, Babyface Ray, and Est Gee. Many Twitter users have speculated that it will be a toxic album even before hearing it. The album is believed to be about his exes. “I Never Liked You” is scheduled to drop this Friday, April 29. 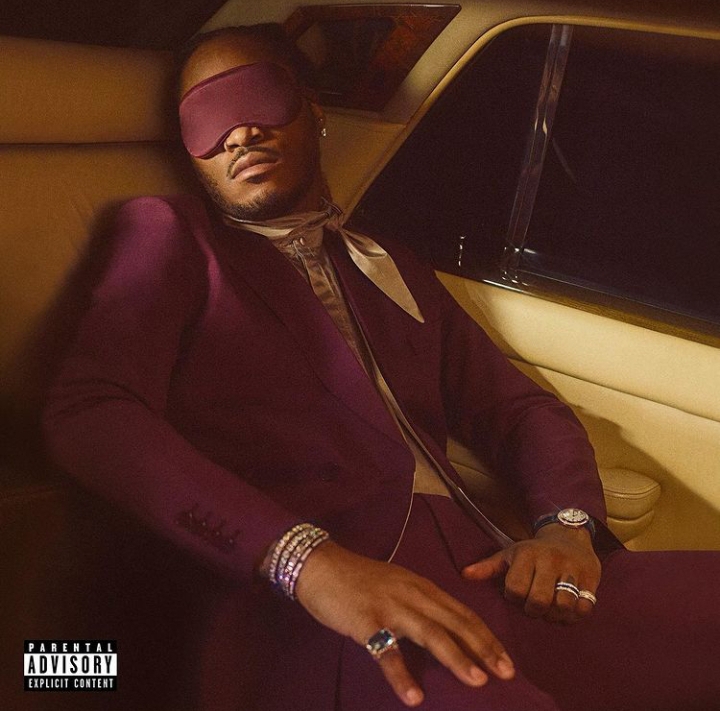 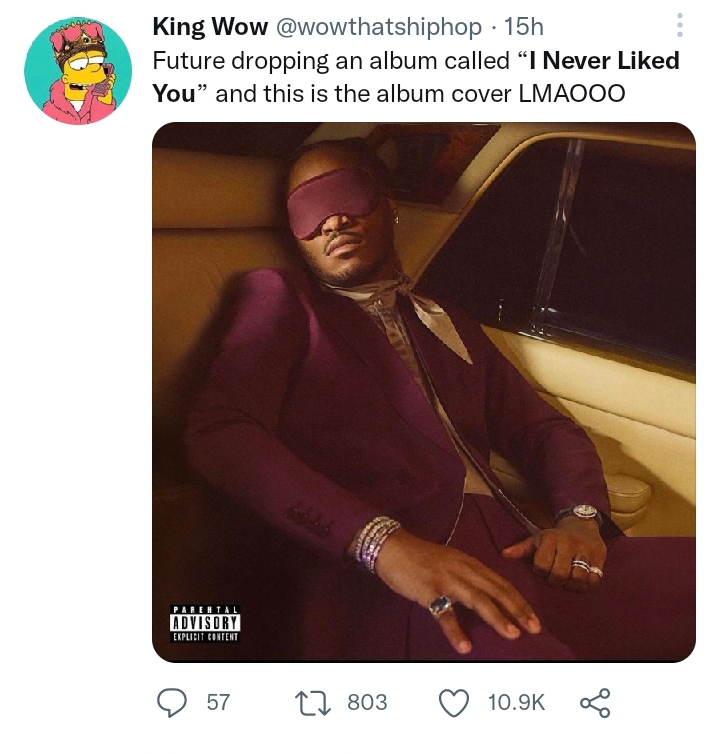 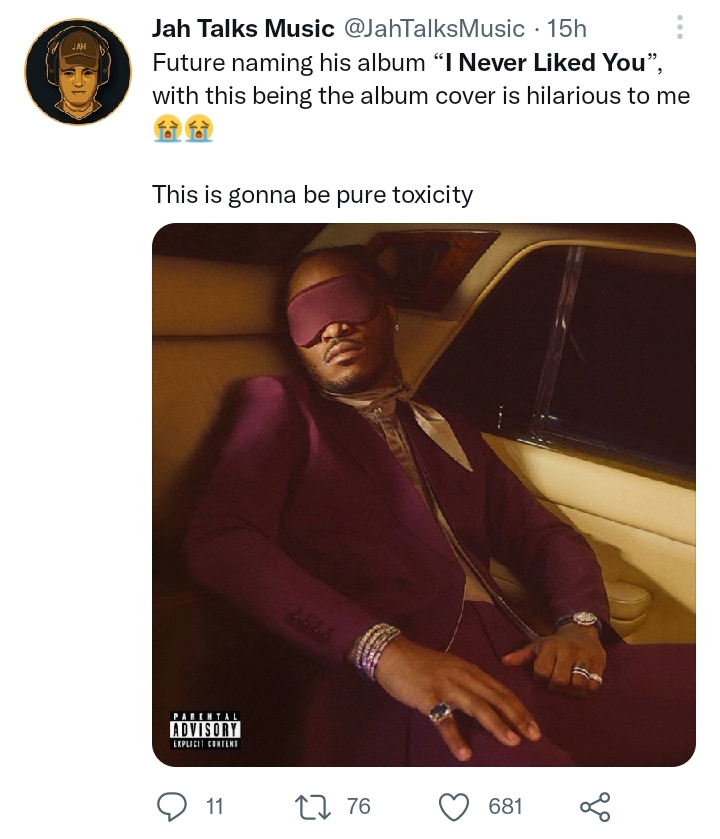 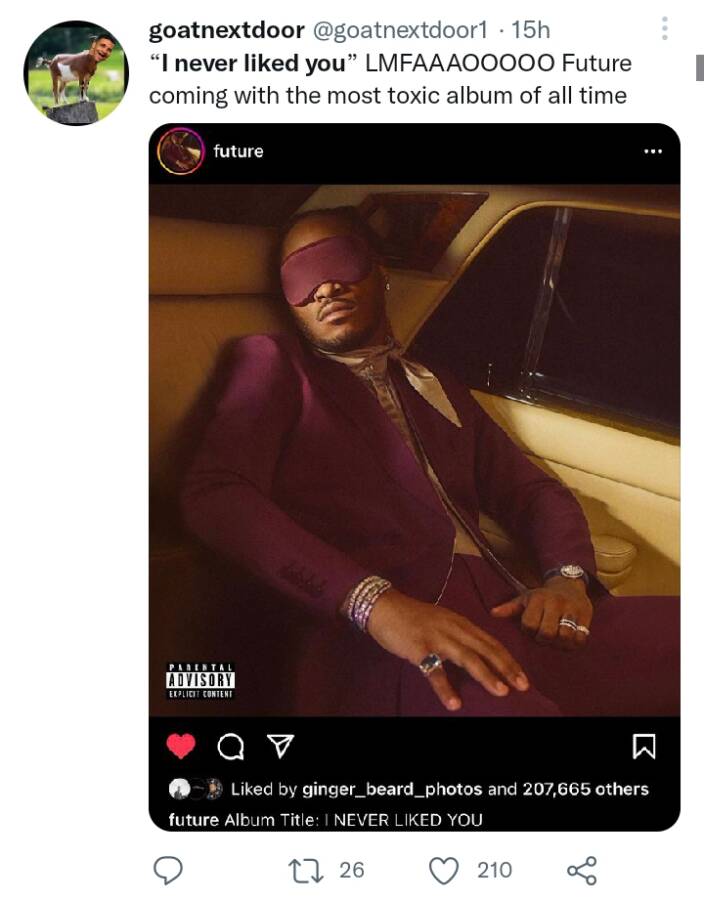 Tags
Future
John Jabulani Send an email 26 April 2022
Back to top button
Close
We use cookies on our website to give you the most relevant experience by remembering your preferences and repeat visits. By clicking “Accept All”, you consent to the use of ALL the cookies. However, you may visit "Cookie Settings" to provide a controlled consent.
Cookie SettingsAccept All
Manage Privacy