Gaba Cannal reveals that his “Great I Am” album is almost ready.

2020 must be the year we got blessed with an influx of new projects from artists across all genres. We must say, the new music has been amazing. A lot of artists from Cassper Nyovest, to Nasty C and more have also revealed plans to drop new projects soon.

Gaba Cannal seems to be doing the most, dropping projects like rain. A while ago, the Mzansi hit maker revealed that he is working on his upcoming project titled “Great I Am”. Fans have been excited for it since the announcement was made. Now, there’s even more to rejoice over because he has revealed that the album is almost done.

He shared the new info in a recent post made on social media. He hinted at the album being 90% done and revealed that he would giving fans a taste of what to expect on Tuesday, August 11 from 9PM to 10PM. You might want to tune in then. 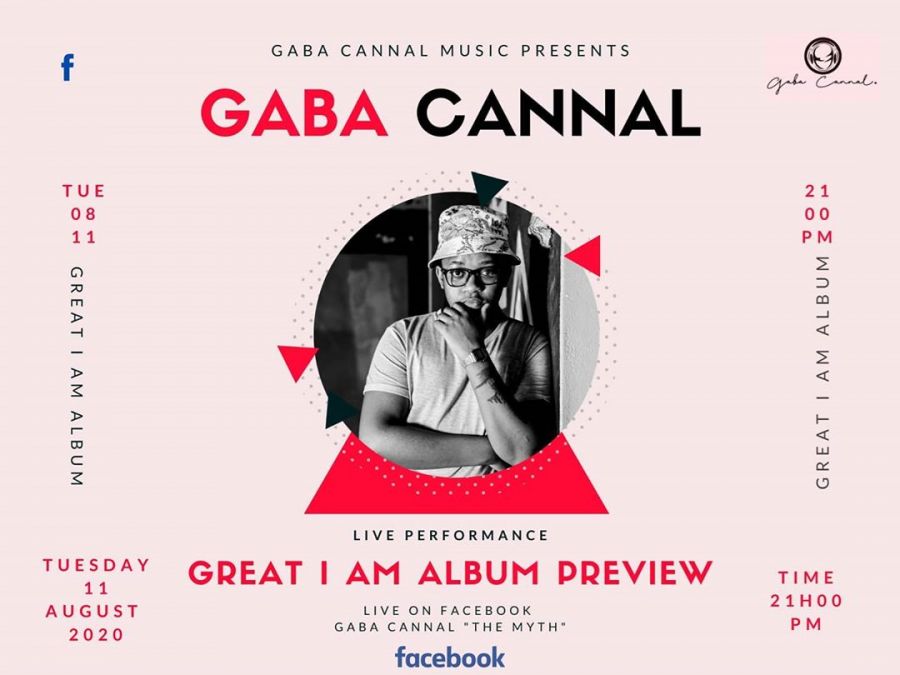 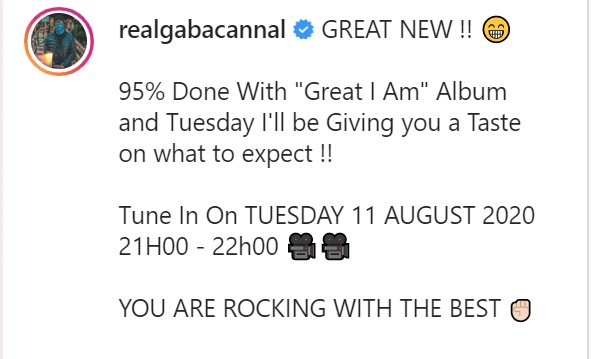