Gemini Major unveils the official tracklist for his forthcoming EP “Slum Kid” set to drop in a few weeks.

Brace yourselves, Gemini Major is about to show these kids how it’s done. The talented Mzansi DJ has been very consistent on the scene this year. He’s also been killing it big time with songs like “Right Now Reloaded”, and of course his feature on “Energy” by AKA.

On November 27, the SA Hip Hop producer has revealed that he will drop his highly anticipated EP “Slum Kid”. He has also dropped a single off the project. He calls it “Action Figure” and it features contributions from Supa Mega.

While announcing the release, he revealed the tracklist for the project. It features a total of 5 tracks and contributors; K.O, Riky Rick, Nasty C, Tellaman, AKA, Emtee and The Big Hash. The previously released hit “Right Now Reloaded” is also contained in the project. 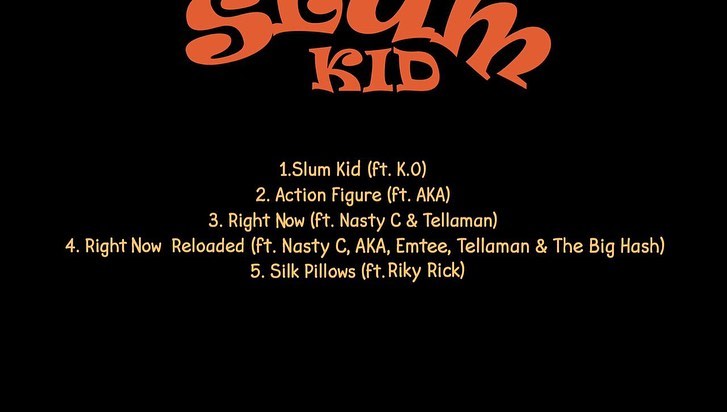