We all love the friendship that SA Hip Hop producer, Gemini Major and AKA have. They have produced hits that have practically haunted us for so long. Months back, they hit number one on the Apple Music charts with the Supa Mega-led collaboration “Energy”.

The song is still making a huge buzz in the airwaves. Now, we hear they’ve got something new coming. Not too long ago, Gemini gave fans a thrill when he dropped a collab with Anatii titled “Loke Loke”. That was absolutely nuts. He later on announced an upcoming project “Slum Kid” which is scheduled to drop on November 27.

Now, he’s announced that come Friday, he would release a new joint tagged “Action Figure” featuring AKA. They must really love energetic songs because they’re both so good at it. We can’t wait for it to drop. 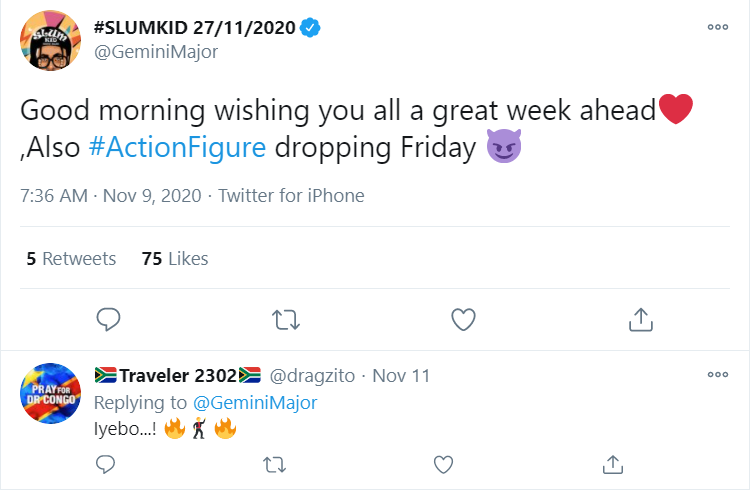