It is no news that artists wont be what they are without the producers holding them up. Producers deliver a solid foundation for artists to ride on and bring their songs to life. Some would say that there will be no good music without producers.

Reacting to the tweet, Gemini Major commented that there is no top 5 without Tweezy, Makwa and Ruff. It is obvious he didn’t count himself as part of the top 5. We must say that all the mentioned producers have each earned huge reputations for their works in the music industry.

Gemini’s top 3 have also achieved so much on the scene. Tweezy is credited for producing AKA’s 7x platinum album “LEVELs”, Ruff and Emtee have created countless hits, and Makwa and Kwesta teamed up for the platinum-selling record “Spirit”. It featured contributions from American rapper, Wale. 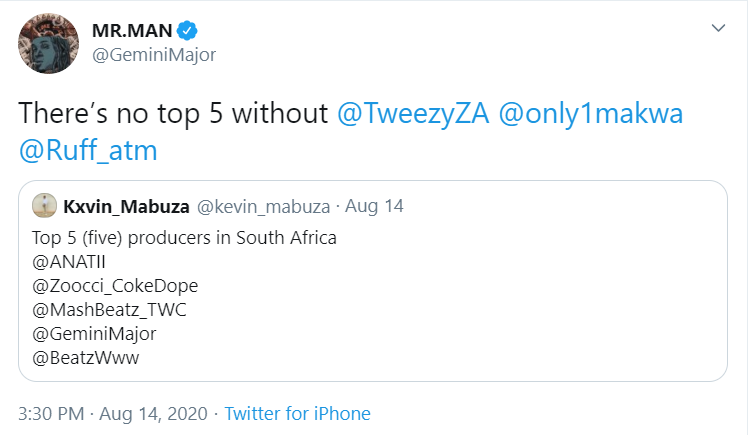