Gigi Lamayne announces the release date for her forthcoming album.

Gigi Lamayne is in album mode. The talented female emcee practically changed her name on Twitter to prove this. She’s also been doing a lot of sharing on social media. Like every other rapper in the game, she’s telling it how it is. Or how she thinks it is.

She shared on Twitter that she “can actually rap better than some gents”. If you want her to prove this, give her a genre, and watch her slap on it. Those are her exact words. According to her, she’s “a muso, not just a mreppa”.

Gigi also believes she’s got an edge in the game because she’s can vibe to any genre and can also rap in different languages. She has also revealed that her album is almost done. She shared the release date for the album to be in “July”. That’s something to look forward to. 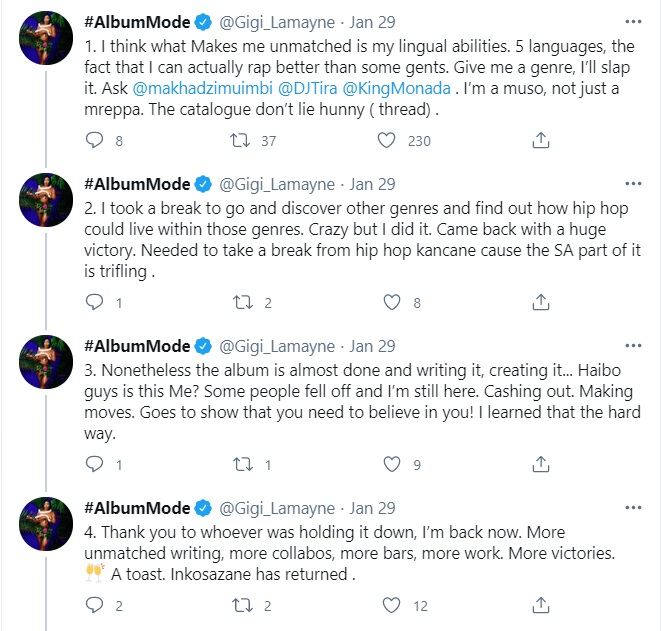 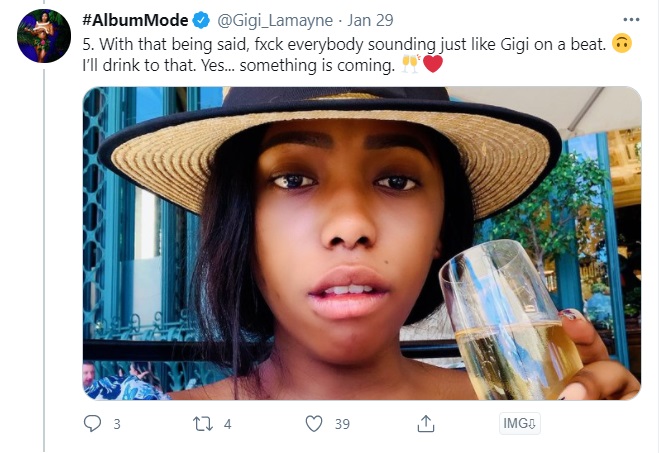