Gigi Lamayne’s business sense has manifested once again with the official unveiling her self-branded merchandise.

And oh, she has been receiving massive support for her latest business initiative. Among her supporters is fellow muso and Family Tree boss Cassper Nyovest, who said he loves the product range, and eventually ended up buying Gigi Lamayne’s remaining stock.

Delighted, Gigi Lamayne stormed Twitter with a note of gratitude to the “Amademoni” rapper. In response, Cassper Nyovest stated he would always support dope stuff, especially if they are local (of South African origin).

Not only did Cassper Nyovest buy Gigi Lamayne’s stock, he rocked them in his next studio session. The songster, who is currently working on his AMN (Any moment Now) album, shared a clip of him rocking Gigi Lamayne’s products on ins Instagram Story.

Nadia Nakai wanted to buy, but there was really nothing left. 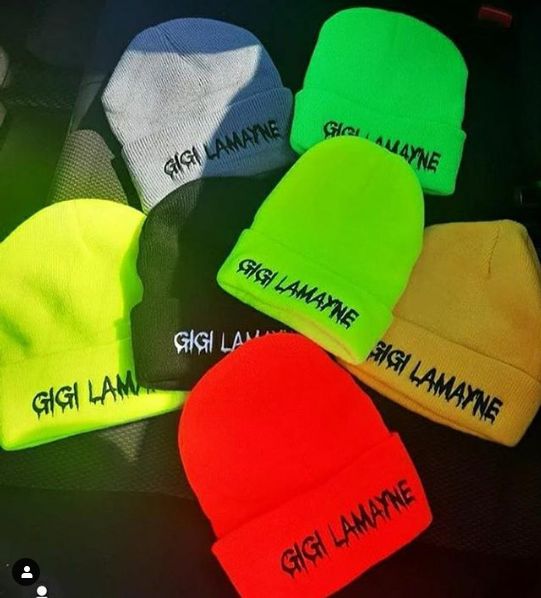 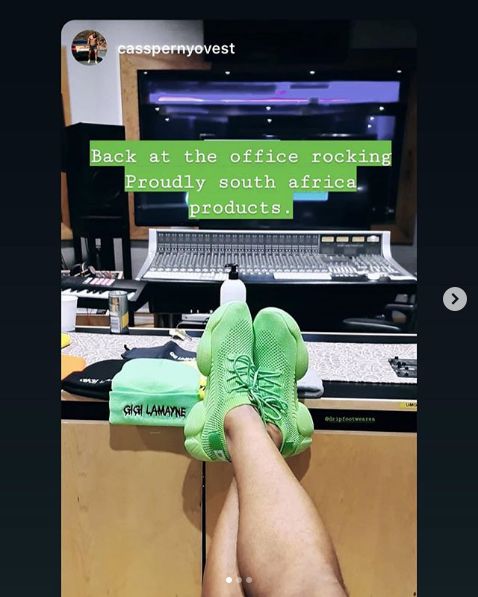 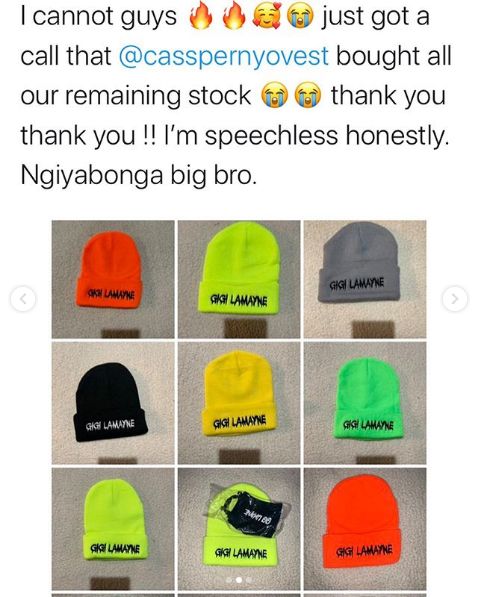 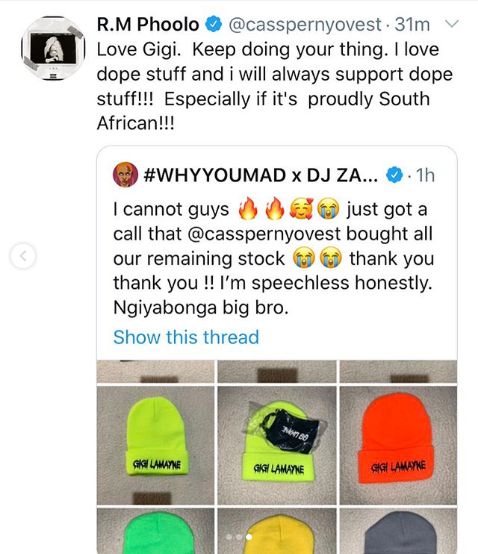 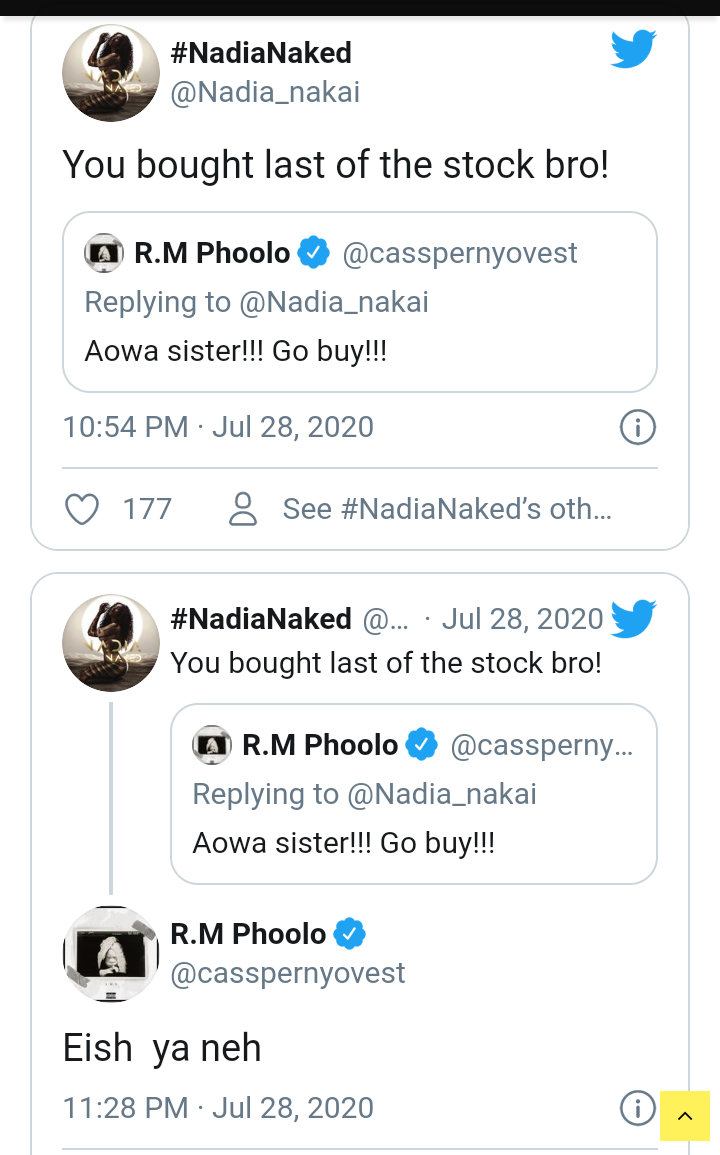 By the way, Gigi Lamayne’s new business initiative will not surprised her keen followers. For one, the rapper has always spoken of her desire to build an empire for herself. She has been serious with this desire. In fact, just recently, she unveiled her own studio.

One step at a time is the journey of a mile begun; one initiative at a time is an empire built. Or what do you think. You might want to join the conversation by dropping your thoughts in the comment section below.

Tags
Gigi Lamayne
John Israel A Send an email 30 July 2020
Back to top button
Close
We use cookies on our website to give you the most relevant experience by remembering your preferences and repeat visits. By clicking “Accept All”, you consent to the use of ALL the cookies. However, you may visit "Cookie Settings" to provide a controlled consent.
Cookie SettingsAccept All
Manage Privacy