Gigi Lamayne has sued Inno Morolong for a cool sum of R1 million. Inno had earlier accused the “Job Woods” rapper, in posts to Instagram, of trying to steal her man. She had also dismissed Gigi as ugly and a struggling rapper.

Gigi Lamayne had not taken the accusations lightly. She had briefed her attorneys, who had written Inno Morolong, bidding her to retract her social media posts or be ready to pay R1 million in damages.

And in case the DJ might not have the sum, Gigi Lamayne had offered that she should at least spend some time in the slammer for having libelled her with her posts. She also demanded a formal apology from Inno for having harmed her reputation. 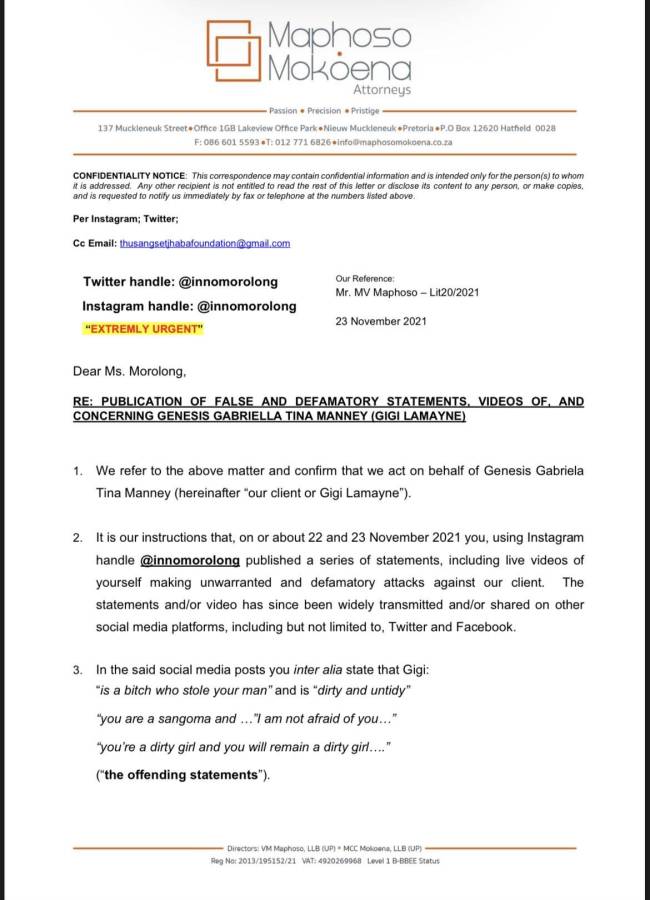 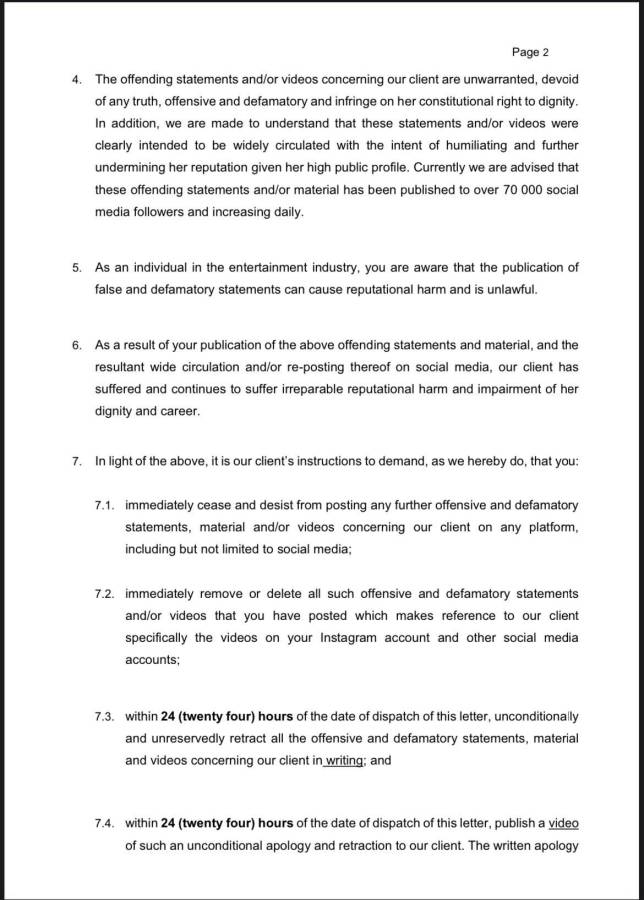 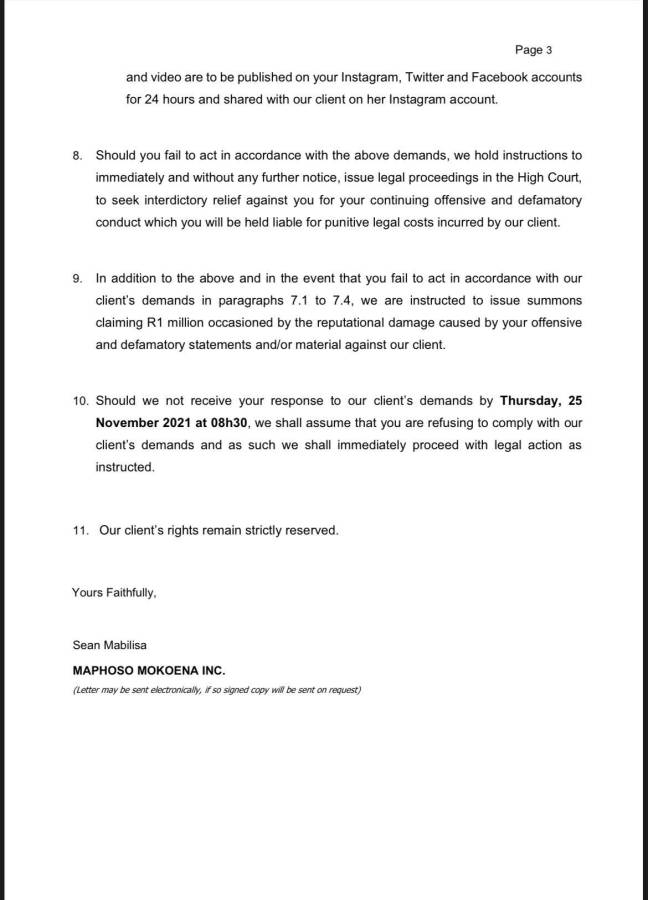 It cannot be determined if Inno had reached out to her privately to attempt to resolve their rift. But with Gigi taking down her suit post, it is likely the issue is being resolved away from the public domain.

It remains to be seen if Gigi Lamayne will get all she demands. Stay tuned.

Tags
Gigi Lamayne Inno Morolong
John Israel A Send an email 24 November 2021
Back to top button
Close
We use cookies on our website to give you the most relevant experience by remembering your preferences and repeat visits. By clicking “Accept All”, you consent to the use of ALL the cookies. However, you may visit "Cookie Settings" to provide a controlled consent.
Cookie SettingsAccept All
Manage Privacy