Gogo Maweni has addressed the public after she was accused of being responsible for the actor SK Khoza’s current travails.

The actor has been dismissed from his role in the popular series The Wife. Also, in a couple of clips currently circulating online, he could be seen acting out of character and allegedly gearing to fight a white man.

Most of his fans were alarmed and hurt, and some of them pointed out that Gogo Maweni might have used muthi or witchcraft on him. To reinforce this claim, those peddling it shared a post Gogo Maweni had once posted on Instagram.

In the post, she had noted that she doesn’t have baby daddy issues anymore, as she has settled it all in her traditional hurt with the goal of leaving her baby daddy with nothing if he should refuse to take care of his child. 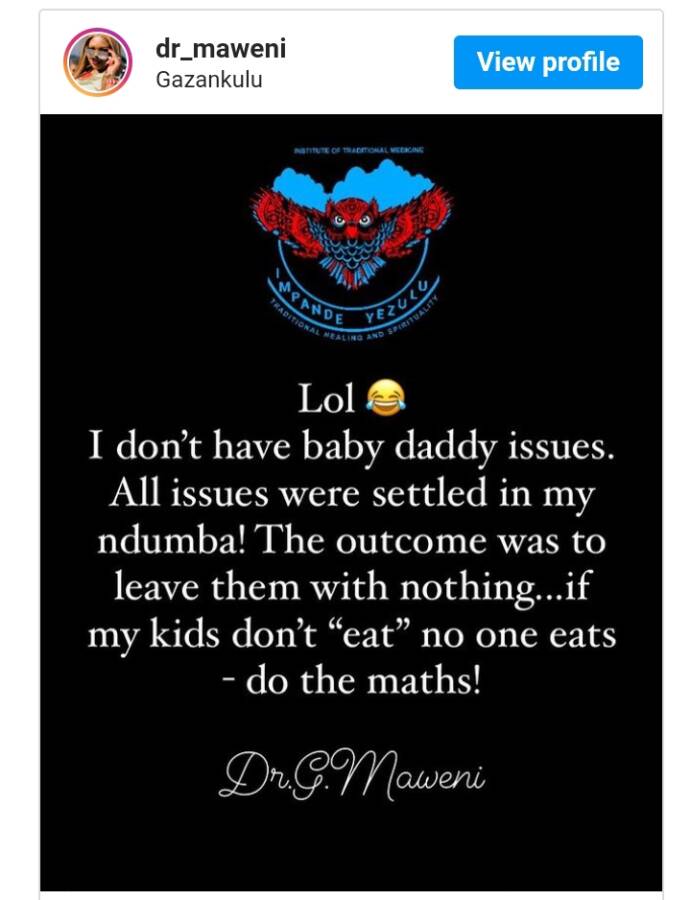 Gogo Mawena and SK Khoza have a child together. So, with the videos currently circulating online, fans are convinced that she had fulfilled her threats and bewitched him. You can check out the videos below.

People Around SK Khoza Are not true friends maan pic.twitter.com/kXT3T1Q6ID

Yaz two incidents in one day, it makes me wonder if there were more that day. This is indeed a cry for help😬and I hope his brother Abdul will step in. pic.twitter.com/dx0knhvZAb

To those dragging her, Gogo Maweni had issued a statement through her publicist, Simphiwe Majola, noting that all she did was pray and leave things in the hands of good and her ancestors.

Tags
Gogo Maweni SK Khoza
John Israel A Send an email 7 April 2022
Back to top button
Close
We use cookies on our website to give you the most relevant experience by remembering your preferences and repeat visits. By clicking “Accept All”, you consent to the use of ALL the cookies. However, you may visit "Cookie Settings" to provide a controlled consent.
Cookie SettingsAccept All
Manage Privacy