Gomora remains one of the most popular South African series out there. And while users appear to be getting tired of the story, they just can’t get enough of one of the characters, Zodwa.

In fact, after the last episode this week,  viewérs stormed social media to comment about the series, with the majority of commenters noting that Zodwa is the only person carrying the whole story along and the reason they are still following the series.

As far as they are concerned, without Zodwa, the series would become boring.

Others went beyond that, commenting that Thati’s storyline was a big mess and the only thing the producers got right was her German cut. And yet others think whoever is writing the series needs to take time off because they have lost the plot of the story. You can check out some of the comments below. 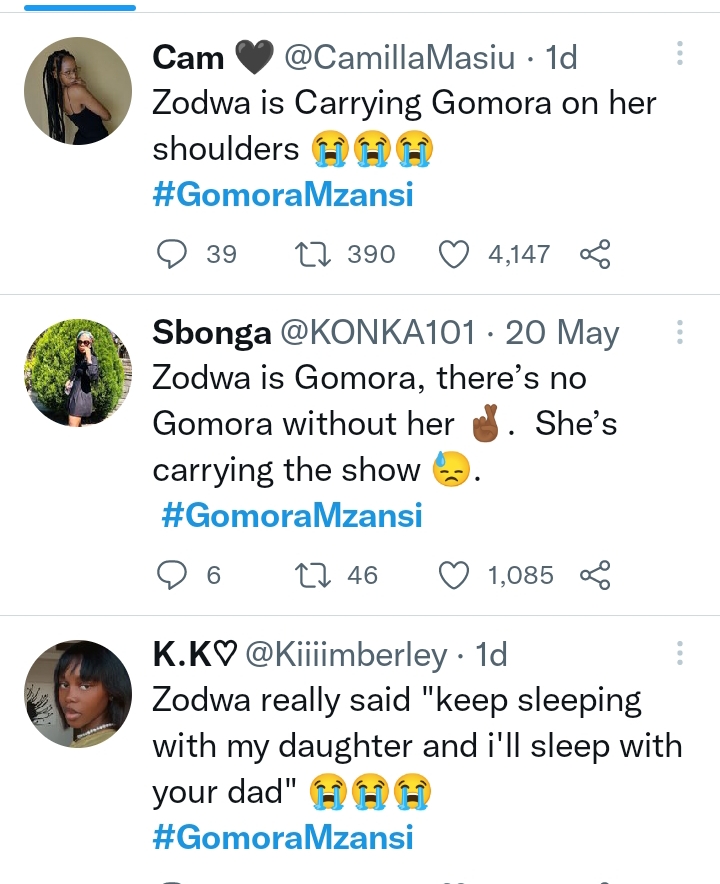 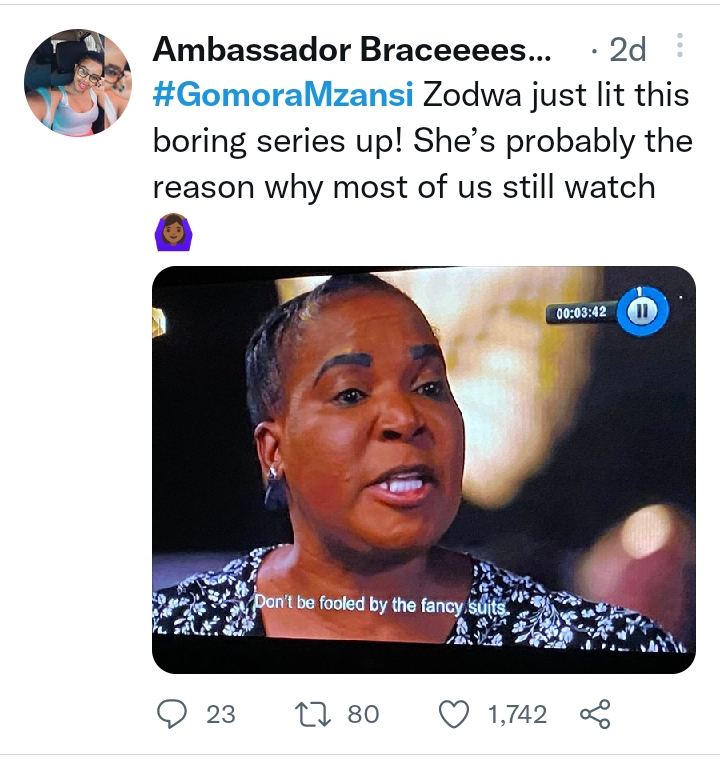 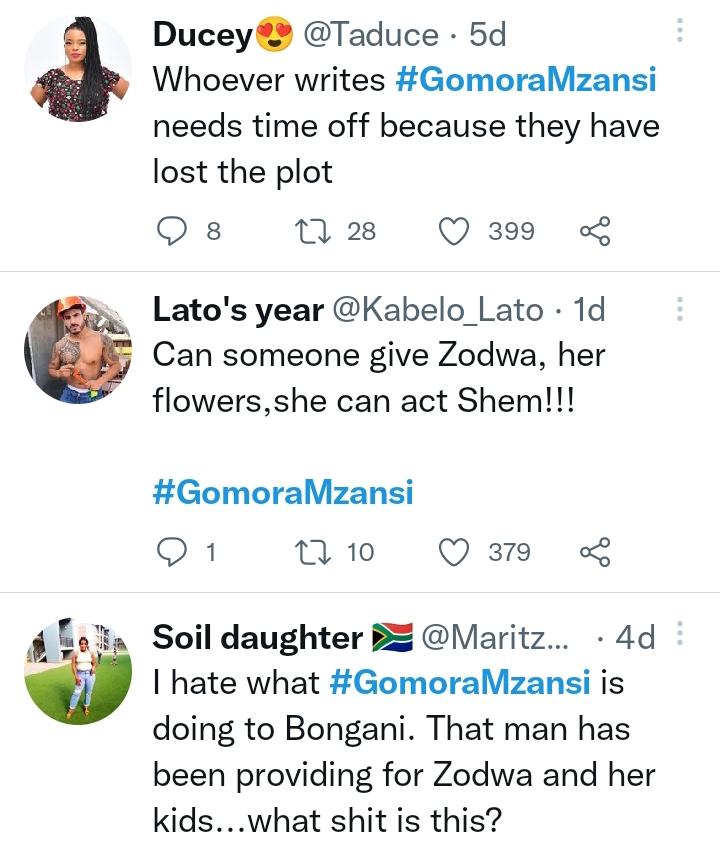 Viewers might be complaining about boredom right now, but it has not always been this way. Boredom had only intruded along the way. It remains to be seen if viewers’ perception of the flick and Zodwa’s acting will change in the coming days. So stay tuned for more if you please. Gomora is worth checking out.

Tags
Gomora
John Israel A Send an email 28 May 2022
Back to top button
Close
We use cookies on our website to give you the most relevant experience by remembering your preferences and repeat visits. By clicking “Accept All”, you consent to the use of ALL the cookies. However, you may visit "Cookie Settings" to provide a controlled consent.
Cookie SettingsAccept All
Manage Privacy