These must be trying times for Mzansi radio personality Unathi Nkayi. GQ Magazine has just dropped her as their host. This comes just days after Kaya FM fired her from her place as a presenter at the radio station.

Unathi had been picked to anchor GQ Magazine’s Men of the Year Awards but was dropped just days before the event, triggering massive reactions on social media.

The GQ Magazine’s Men of the Year Awards was scheduled t hold on the 27th of this month at the Four Seasons Hotel The Westcliff in Johannesburg. 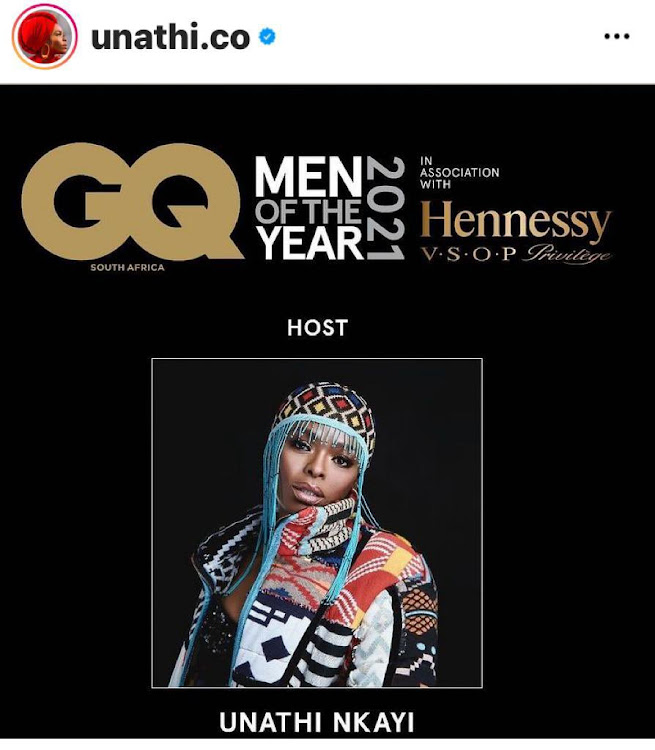 He implied that Unathi was fired because of the drama that played out at Kaya FM, where she was fired with “immediate effect” for allegedly falsely claiming that fellow presenter Sizwe Dhlomo was abusive to her on set. An investigation had revealed that he wasn’t, contrary to what she had claimed.

GQ magazine has decided to replace Unathi Nkayi as the host of their upcoming Man Of The Year awards.

The decision was likely motivated by the recent reports following her dismissal from Kaya 959. #KgopoloReports pic.twitter.com/PCgVZIMAlo

GQ Magazine, in an official statement, confirmed that Unathi has been dropped due to “unforeseen circumstances.”

With her firing, she has lost two jobs in under a week. It would be interesting to see how she handles the current changes. Stay tuned