The Voice of Africa Kelly Khumalo amplifies her love for tattoos by getting a new ink on her body. She had “Gracefully broken” tatted to the side of her stomach, as evident in the pictures she shared on her Instagram page.

In the caption to the pictures, she had noted that when God breaks one, He does it gracefully. She believes God has broken her.  She tagged and thanked her tattoo artist, describing her handiwork as “so beautiful.” You can check out her post below. 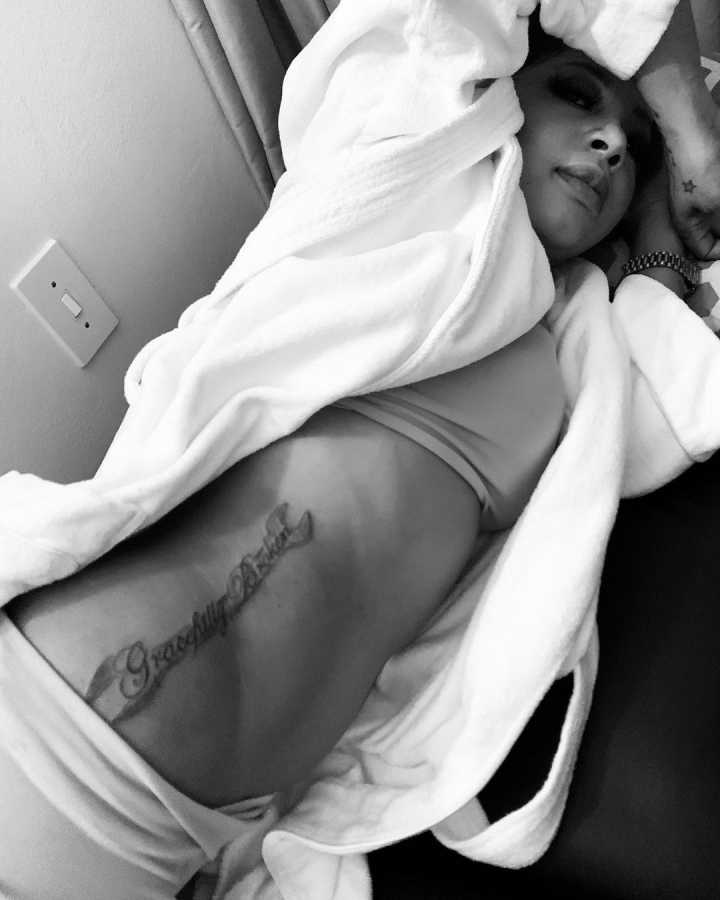 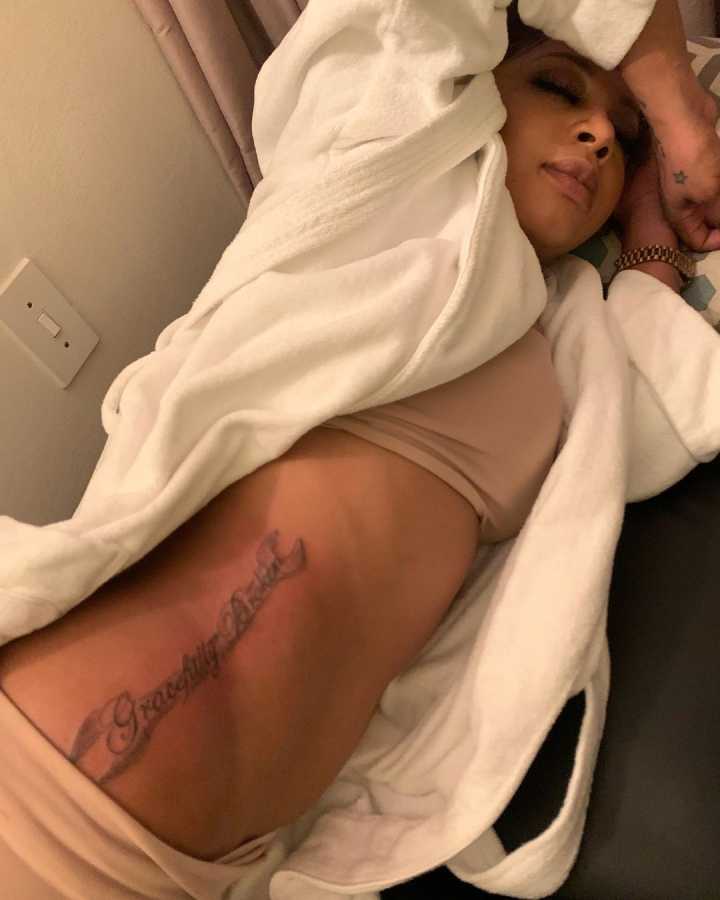 Given her abiding love for tattoos, and how easy it was deciding to get another after her last ink, it wouldn’t be surprising to see her hit the tattoo studio again for another inking session to amplify another of her life’s experiences

By the way, Kelly Khumalo, who has had sporadic tiffs with her sister Zandie Khumalo, recently made it clear that there’s no going back in their relationship, which she described as irretrievably broken.

Hopefully the sisters bury what divides them and wear, once again, the raiment of sisterhood and embrace the healing emollient of love.

What do you think of Kelly Khumalo’s new tattoo? You’re welcome to join the conversation by dropping your thoughts in the comment section below.