It’s passed the realm of speculations. The facts are here, finally. Kanye West, Billie Eilish and Harry Styles will be headlining the Coachella Festival this year.

And fans are excited. Who wouldn’t be when one of the best music festivals in the world is about to begin?

Festival organizers released the full lineup recently, and it showed that Kanye West, billed as Ye, will be headlining the festival alongside other notables at the Empire Polo Club in Indio, California.

Harry Styles will be the first to headline the show, on Friday, April 15. Coming after him are artists like Lil Baby, Daniel Caesar, Big Sean Baby Keem, and several others. 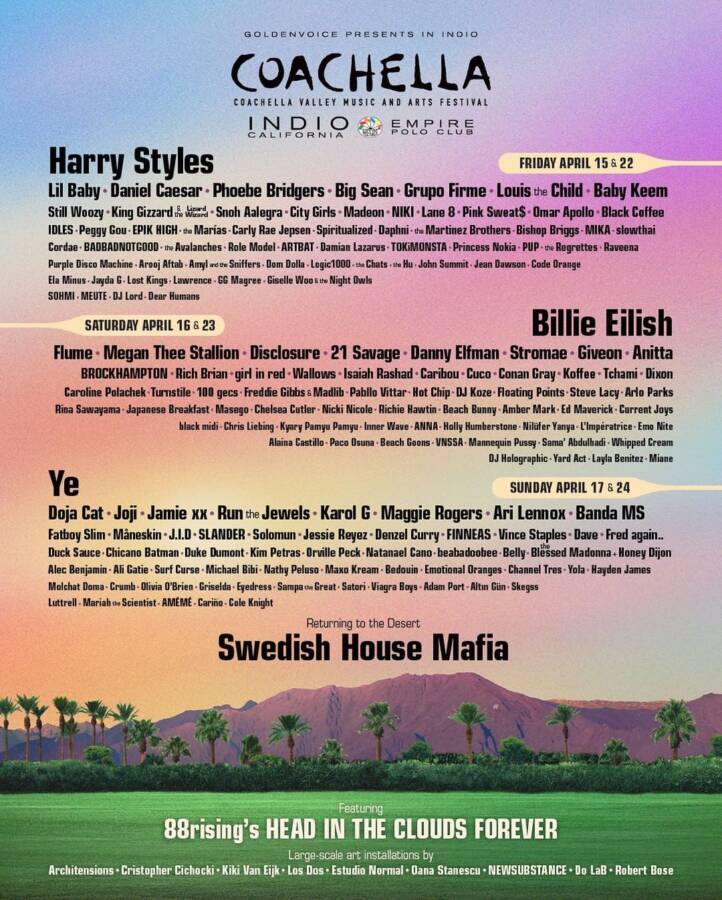 Sunday, April 17, is more of a Sunday service, with “Pastor” Ye taking charge and giving music lovers a good time. He’d be supported by Doja CatAri Lenno, Banda MS, and several others.

The week after, Harry Styles, Billie Eilish and Ye will continue their headlining adventures on April 22, 23, and 24 respectively.

And in case you missed it, Swedish House Mafia will be returning to the desert.

Tags
Billie Eilish Harry Styles Kanye West USA
John Israel A Send an email 13 January 2022
Back to top button
Close
We use cookies on our website to give you the most relevant experience by remembering your preferences and repeat visits. By clicking “Accept All”, you consent to the use of ALL the cookies. However, you may visit "Cookie Settings" to provide a controlled consent.
Cookie SettingsAccept All
Manage Privacy