“Fela In Versace” rapper AKA recently stated that he might add acting to his work portfolio. The songster is currently famous as a hip hop rapper.

This isn’t AKA’s first statement about launching into other creative waters. He had earlier spoken of plans of ditching rapping for about a year to become a DJ and perhaps returning to the rapping fold much later.

With the champ stating he might hit the screen soon, the question arises on whether he would no longer take the DJ path he had spoken of, or perhaps he would combine it with acting?

It is obvious, though, the statement he might join acting has elicited the most excitement from his fans, with many of them asking him to detail his plans on going into acting. But the SupaMega is keeping that close to his chest. 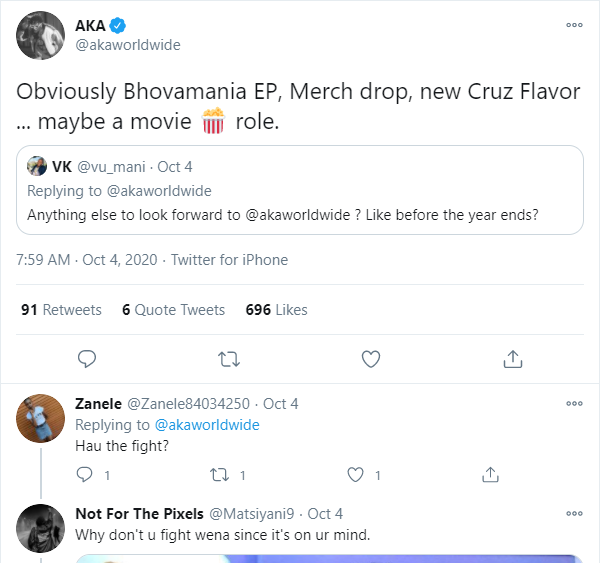 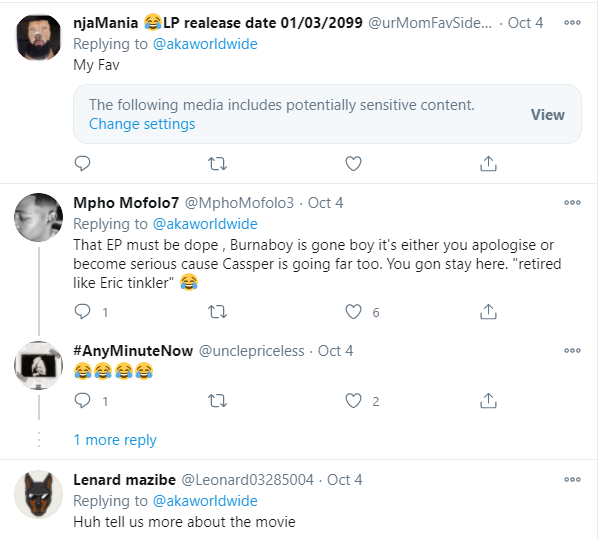 Of course, nothing is forever hidden. If the songster should eventually get an acting role, it will be all over Mzansi, and we’ll of course share it with you. It would be interesting to see him act – someday.

Do you think AKA will be a big hit on television as he currently is in music? You might want to join the conversation by dropping your thoughts in the comment section below.