Cassper Nyovest may have pumped their hand with AKA during the celebrity boxing match, but he’s not forgotten anything yet, especially AKA swearing at his parents. And yes, he’s going to get even but in a respectful way.

A Twitter recently took a jab at Cassper, noting how AKA had harassed him, and he did nothing. Yet he went ahead to play football with AKA and even shook hands with him. The reference was to the celebrity football match which took place recently.

In reaction to the user, Cassper noted that AKA walked to him like a fan and extended his hand for a handshake. What should he have done in the circumstance? Acted like an unreasonable person? He took AKA’s hand, and that was it. The decision changed nothing in their relationship.

In essence, they remain rivals (or adversaries, depending on what angle you want to view things). As far as Cassper Nyovest is concerned, he’s still very much on  AKA’s case, and until the two of them should face f in the ring, he wouldn’t let things go. 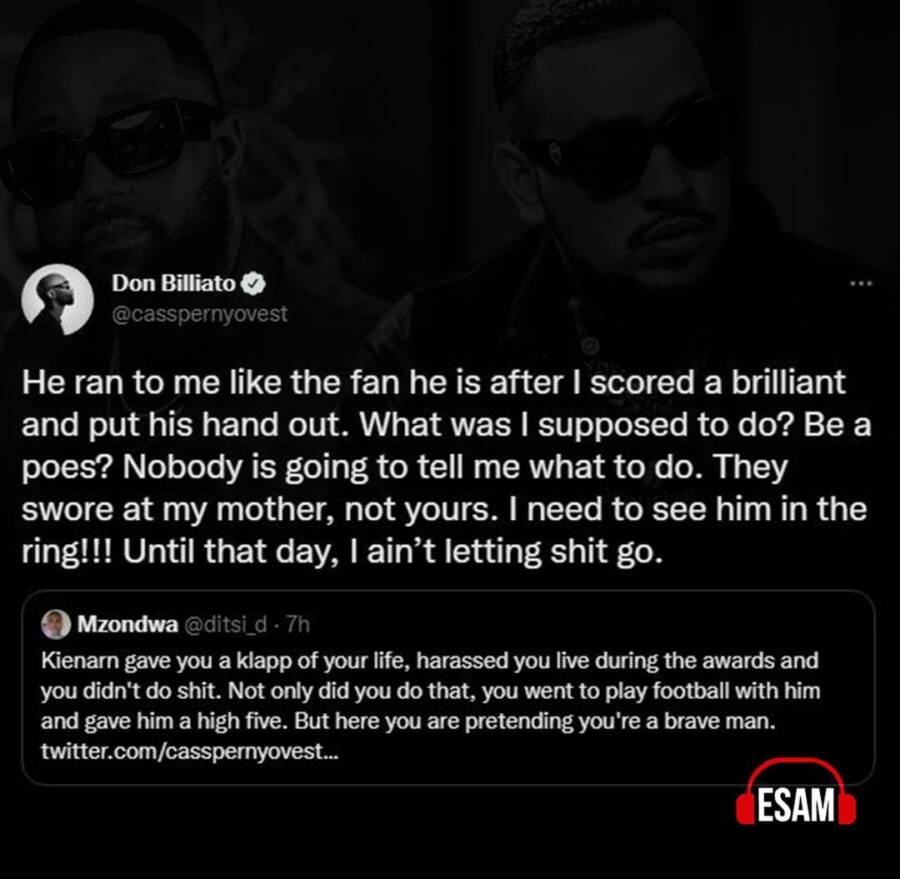 He made it clear his parents, not those of the Twitter user, were insulted. Well, it remains to be seen if the two will eventually make it to the ring.

Tags
AKA Cassper Nyovest
John Israel A Send an email 27 September 2022
Back to top button
Close
We use cookies on our website to give you the most relevant experience by remembering your preferences and repeat visits. By clicking “Accept All”, you consent to the use of ALL the cookies. However, you may visit "Cookie Settings" to provide a controlled consent.
Cookie SettingsAccept All
Manage Privacy