Since she officially announced her pregnancy to the world, Barbadian singer Rihanna has been making fashion statements with it — and loving the journey.

Her latest fashion statement was with a cover appearance in Vogue magazine. The songstress rocked a red lace bodysuit that greatly accentuated her figure. A pair of heels of the same hue complemented her looks. The force of her gaze cannot be missed as well.

The caption to the cover indicated she’s with child but without stating anything about pregnancy.

Rihanna herself shared the cover on her Instagram page, noting with pride that her lil fashion Killa was already on the cover of Vogue magazine. You can check out the image below. 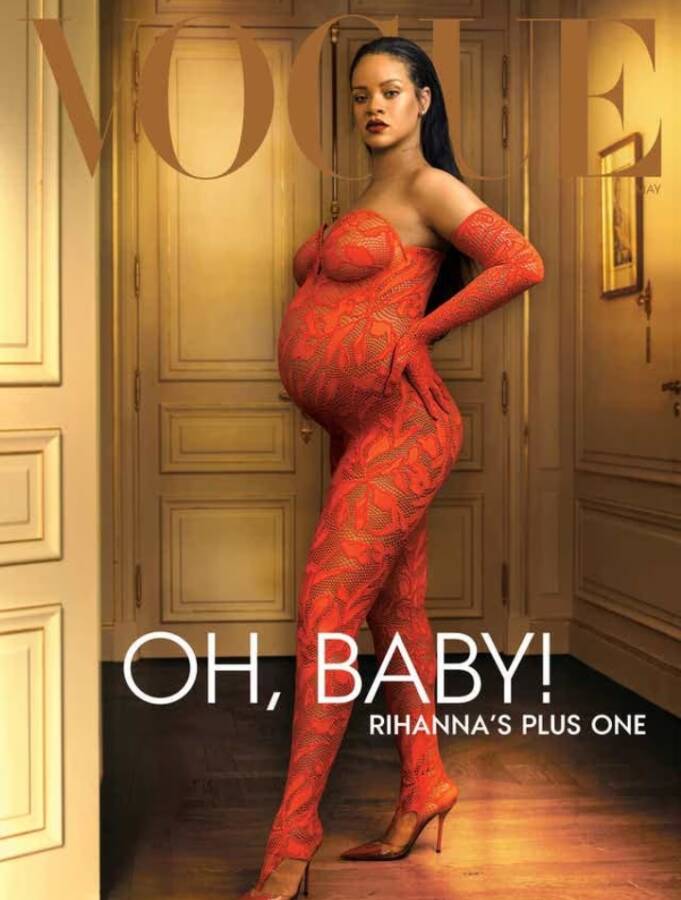 Rihanna, who appears to have taken a break from music, is expecting her first child with A$AP Rocky. The two did not exactly plan for the pregnancy, but it was still welcome by them.

The songstress recalled going for tests and finding out that she was pregnant. She’d called Rocky right from the doctor’s, and their parenthood journey had started.

She may not have a child yet, but the “We Found Love” singer had made it clear in an interview that her parenting style would be fierce — she’d be a lioness, and no one dares mess with her kids.

Tags
Barbados Rihanna USA
John Israel A Send an email 13 April 2022
Back to top button
Close
We use cookies on our website to give you the most relevant experience by remembering your preferences and repeat visits. By clicking “Accept All”, you consent to the use of ALL the cookies. However, you may visit "Cookie Settings" to provide a controlled consent.
Cookie SettingsAccept All
Manage Privacy