Afro House star, Heavy-K reveals the negative effects of being a hot artist as he uses himself as a case study.

The very talented Afro House hit maker, Heavy-K has been in the news a lot this year, and that’s for good reason. Not too long ago, he proved that he could pull off a Piano hit taking pointers from the one and only, DJ Maphorisa.

He also hit the news after revealing how Universal Music did “nothing” for his career when he was signed to the label. The Drum Boss is back again as he unveils the negative effects of being a hot artist.

According to him, it isn’t as nice as it sounds. It brings a lot of pretenders and fake friends who only want to sabotage you. He further revealed that some believe that his time has passed, and so, do not pick his calls when he wants to work with them. Newsflash, he never returns the favour. 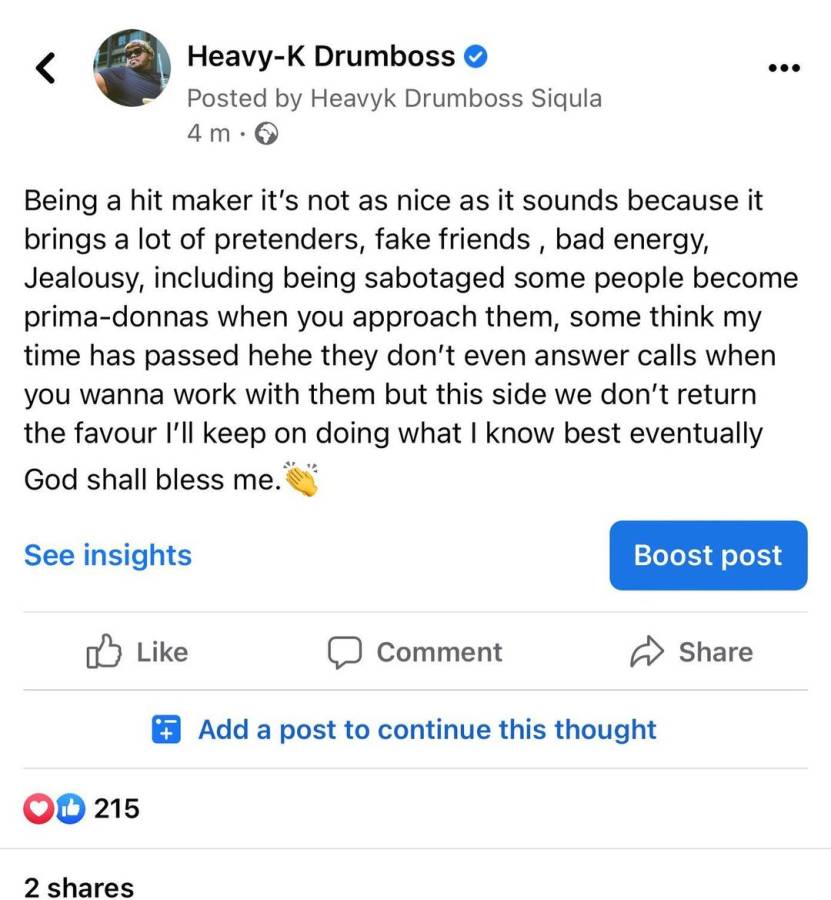 Tags
Heavy K
John Jabulani Send an email 21 October 2021
Back to top button
Close
We use cookies on our website to give you the most relevant experience by remembering your preferences and repeat visits. By clicking “Accept All”, you consent to the use of ALL the cookies. However, you may visit "Cookie Settings" to provide a controlled consent.
Cookie SettingsAccept All
Manage Privacy