Mzansi DJ, Heavy-K thanks fans for support as his song “UYEKE” goes platinum.

There is no better way to describe Mzansi DJ and producer, Heavy-K except to call him blessed. The talented muso has been on the scene for over 10 years, and is still doing well. In case you don’t understand, that’s a whole decade.

Last year, he took to social media to announce all his platinum and Gold selling records. It is a thing of pride for artists to know that their music is selling. In Heavy-K’s place, it is fulfilling to know that he’s still a platinum selling artist even after 10 years on the SA music scene.

His latest news is that “Uyeke” has also been certified Platinum. He showed love to Natalia Mabaso and every other person who worked with him on the song, and thanked his fans for all the support. We wonder what new plans he has for this year. 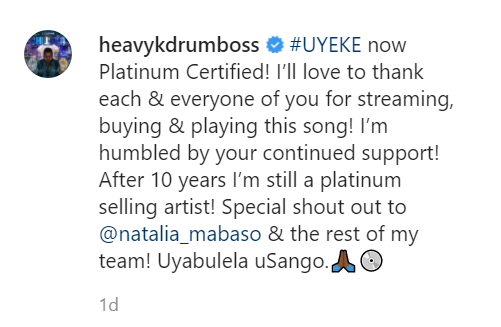 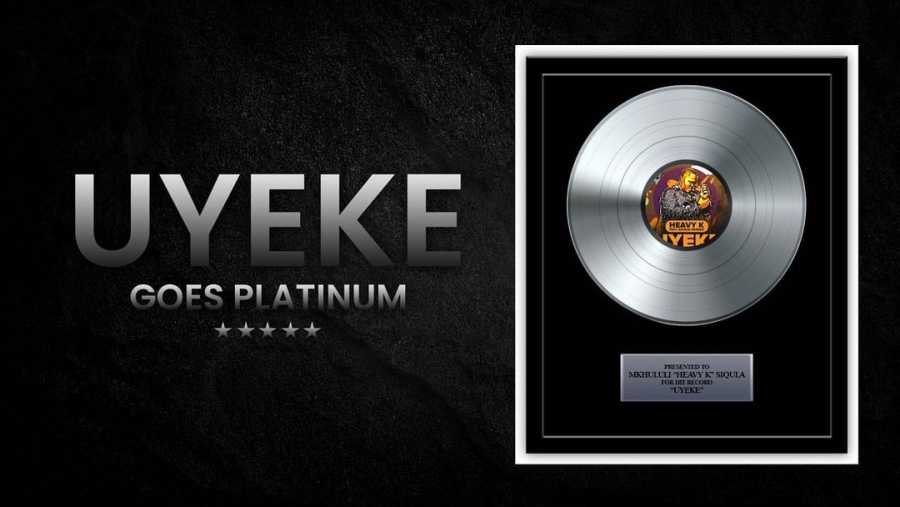 Tags
Heavy K
John Jabulani Send an email 8 February 2021
Back to top button
Close
We use cookies on our website to give you the most relevant experience by remembering your preferences and repeat visits. By clicking “Accept All”, you consent to the use of ALL the cookies. However, you may visit "Cookie Settings" to provide a controlled consent.
Cookie SettingsAccept All
Manage Privacy