Twitter never sleeps, and as long as that’s the case, people will continue to trend. Bernie Mac, Steve Harvey, Eddie Griffin, and Martin Lawrence have found themselves on top of the trends. But why are they trending? Hop along as we try to find out.

Bernie Mac was an American comedian who ran his show at some point in his life, the Bernie Mac Show. The comedian died in August 2008 at age 50 from complications from pneumonia. However, his memory is still very fresh.

Today isn’t the anniversary of his death, but fans remember him for his contributions to the comedy world. So he found himself on the trending list.

Known for always sharing wise words on social media, Steve Harvey has the attention of social media denizens again and for the same reason – his apophthegm. Twitter users, in particular, have been sharing them.

Eddie Griffin is a comedian and actor like the others mentioned earlier. But is he the best of the pack? Griffin, born in 1968, is trending because he’s being compared to the other comedians discussed earlier.

His fans are all over Twitter with some of his comedy clips, stating why he’s the best of the pack.

"the devil ain't nothing but a punk b*tch🤣🤣" – Eddie Griffin pic.twitter.com/7DMw1iOjVG

Martin Lawrence is tending for the same reason but is he the best comedian? You can make your pick from the list. 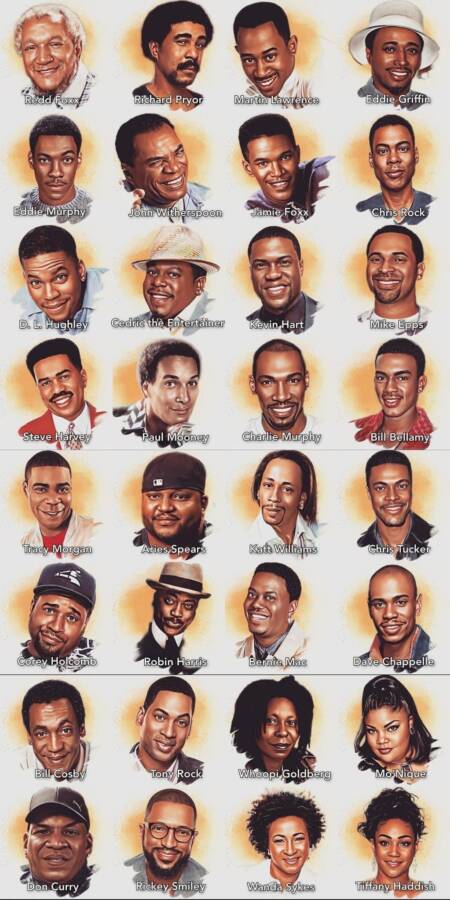 Tags
Bernie Mac Eddie Griffin Martin Lawrence Steve Harvey USA
John Israel A26 July 2022
Back to top button
Close
We use cookies on our website to give you the most relevant experience by remembering your preferences and repeat visits. By clicking “Accept All”, you consent to the use of ALL the cookies. However, you may visit "Cookie Settings" to provide a controlled consent.
Cookie SettingsAccept All
Manage Privacy