South African beauty queen Zozibini Tunzi found herself on Mzansi trending list, but it’s not for her having won a beauty contest. Far from it. So why is Zozi trending?

The reason for her trending is not something anyone would like – certainly not Zozi. It so happened that the American beauty Cheslie Kryst, who had contested for the Miss Universe crown alongside the South African beauty, jumped to her death from a skyscraper.

The news of her suicide shook the beauty world. Out in South Africa, many began to worry about Zozi because she’s a friend to the late American beauty and both of them had shared a room during the Miss Universe contest.

With many across South Africa tweeting about Zozi in relation to Kryst’s death and wondering if she’s okay because she shared a close bond with the late American, Zozi had found herself trending on Mzansi Twitter. 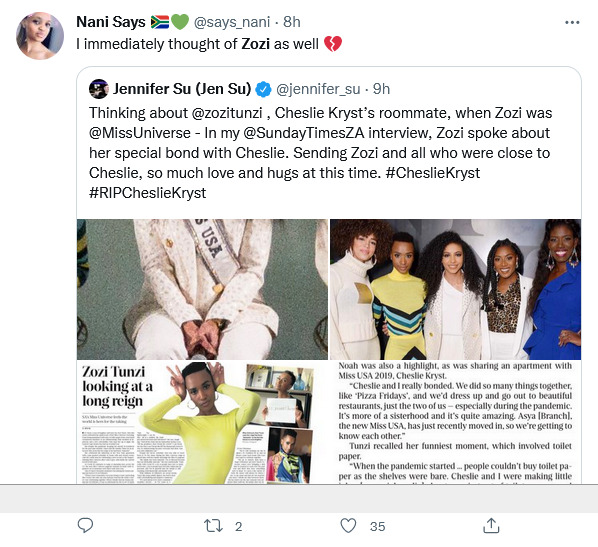 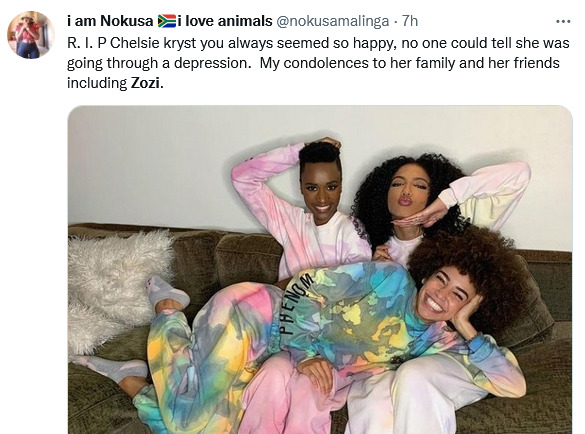 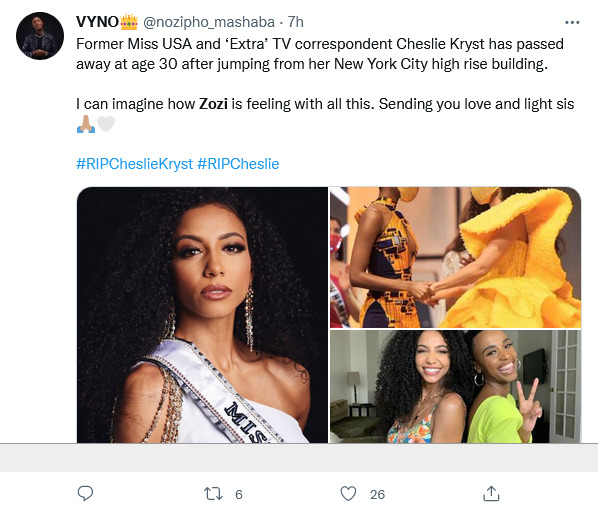 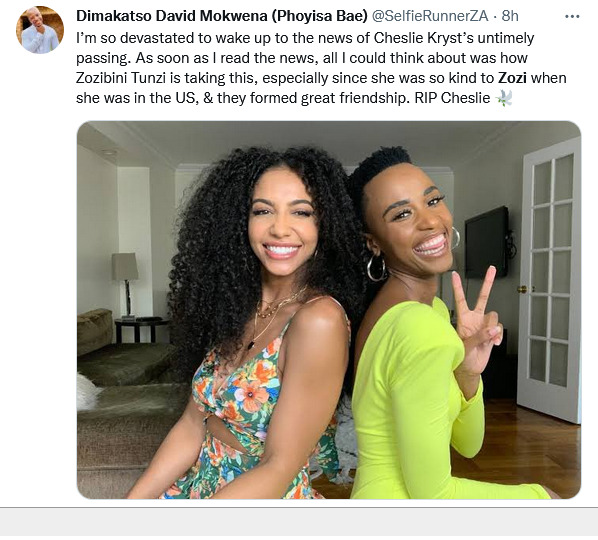 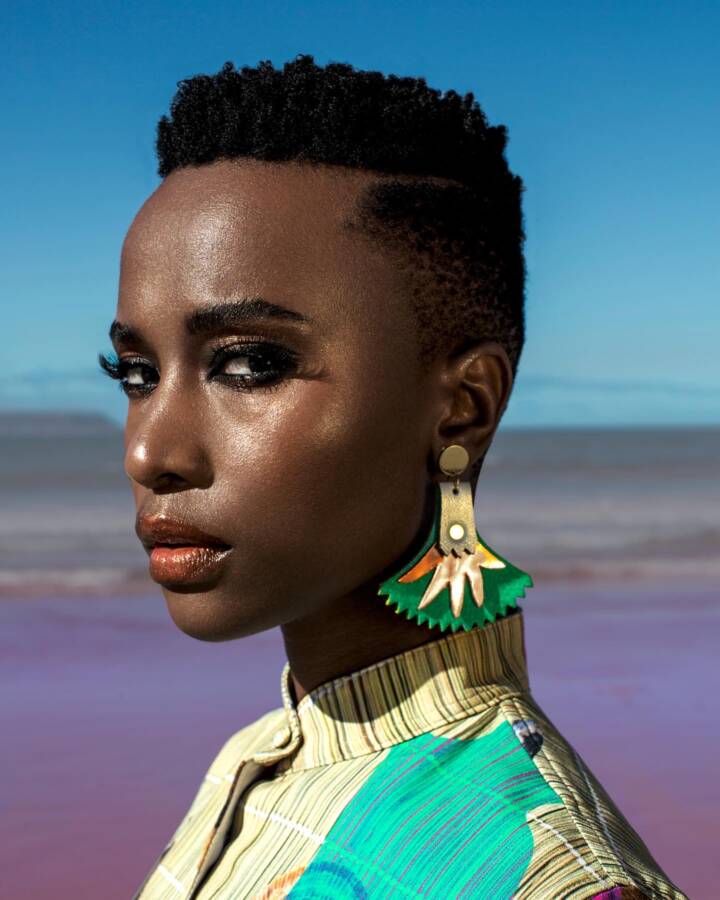 Zozi is devastated by the news of Kryst’s passing and even had trouble sleeping as a result. In a recent post to her Instagram, she had shared pictures and videos of them together – when all was good and there was life. You can check out her post below.

Hopefully, she recovers from the tragedy of her friend\s passing

Tags
Cheslie Kryst Zozibini Tunzi
John Israel A Send an email 31 January 2022
Back to top button
Close
We use cookies on our website to give you the most relevant experience by remembering your preferences and repeat visits. By clicking “Accept All”, you consent to the use of ALL the cookies. However, you may visit "Cookie Settings" to provide a controlled consent.
Cookie SettingsAccept All
Manage Privacy