What Zakwe really thinks about doing a collab with former Teargas member, K.O.

Have you guys noticed that Mzansi rapper, Zakwe has been in the news a lot these days. We love that it is usually for the right reasons. For the music.

The rapper previously made headlines when he hinted at quitting vernacular rap to rhyme more in English. Why? He’s looking to sell more records and reach a wider audience. You know he hasn’t had a Gold album, so whatever gets him there, we are all for it.

The Mzansi rapper has collaborated with some very notable names but not K.O. Honestly, a collab between the two doesn’t randomly come to mind but it would be fun to hear. Reacting to a fan who suggested it, Zakwe replied that he would love to. We wonder what K.O would say to that. Hopefully he concurs, and they actually get to do it. 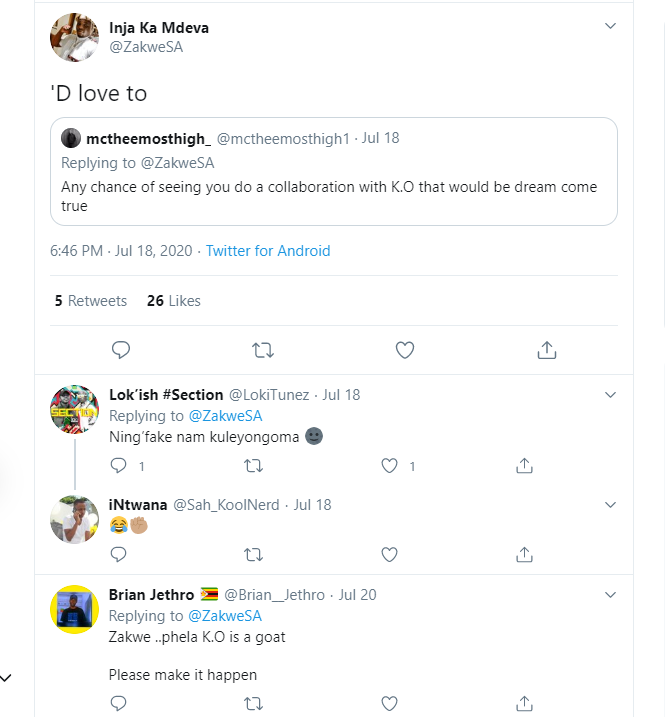