From the look of things, Cassper Nyovest’s planned boxing match with controversial YouTuber Slik Talk will no longer hold. The Family Tree boss has made it clear that he’s no longer interested in fighting Slik, whom he described as unserious for the fight and full of excuses.

Actually, on why the fight may no longer hold, Slik Talk had claimed that Cass had changed the terms of the engagement and increased the boxing round from the initial 3 to 6. 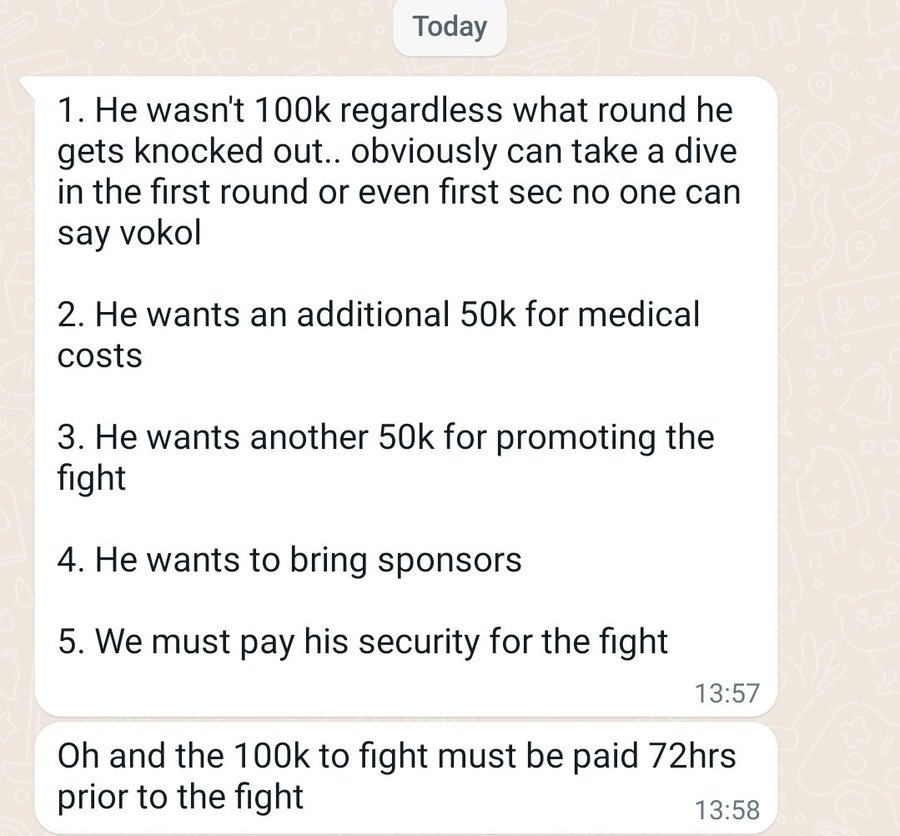 Reacting to that, Cass claimed that Slik was the one who had actually changed the rules. The agreed three rounds haven’t changed, according to him. But Slik was demanding R200k – a 100 percent jump from the initial amount Cass offered him – as well as personal security and sponsor rights for the match.

As far as Cass is concerned, Slik was trying to hustle him and he wouldn’t allow that. He claimed in a tweet that Slik Talk was scared, a coward hiding behind a computer to disparage the names of people out there. You can check out the tweets below.

Tags
Cassper Nyovest Slik Talk
John Israel A Send an email 27 November 2021
Back to top button
Close
We use cookies on our website to give you the most relevant experience by remembering your preferences and repeat visits. By clicking “Accept All”, you consent to the use of ALL the cookies. However, you may visit "Cookie Settings" to provide a controlled consent.
Cookie SettingsAccept All
Manage Privacy