Holly Rey earns a Gold certification for her hit single “You”.

Every artist wants to make the kind of music that sells. How else would you know how successful a song is if not by the numbers that it pushes. Quite a number of artists are so used to the successes of their tracks that it has become almost normal to them.

Multiple SAMA winner, Holly Rey recently hit a new milestone with her music. Her hit somg “You” has earned a Gold certification and she took to social media to share the news. She thanked her fans for loving the music that she makes just as much as she loves making it. 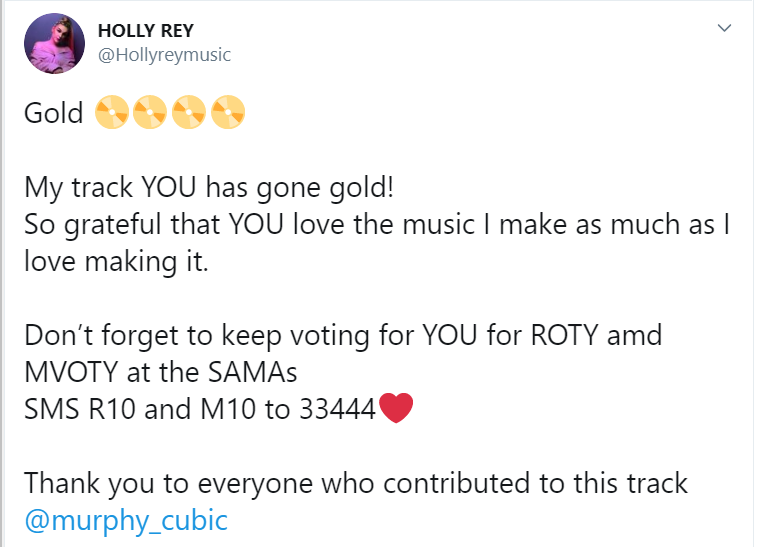 The Mzansi star also urged fans to vote for the song at the SAMAs. “You” is nominated for both “Song of the Year” and “Music Video of the Year” at the 26th Edition of the South African Music Awards 2020.