South African hit telenovela drama series, House of Zwide, is back on the trend table, with Kosi being one of the most talked about characters on the show.

Since the inception of House of Zwide in July 2021, it has found a way into the hearts of many, and even attracting more fans. And because the stories of the characters on show are so relatable, fans don’t get a hard time engaging and connecting with the show.

In December last year, Shalate Sekhabi, who plays the character, Shoki, and Wanda Zuma, who holds down the role of Nkosi Zwide, started on their journey to becoming household names, as most viewers always have their 2 cents to give about their rocky romance on the show.

People came at Nkosi last December for cheating on Shoki, his love interest on the show. Shoki’s father had infected his wife, her mother, with HIV. So, Nkosi’s affair was a major traumatic trigger for Shoki, who gradually started acting cold toward Nkosi. But lately, it would seem as though Shoki’s heart still wants what it wants.

Now, on Twitter, fans have gone off on their case once again, asking that the pair stopped playing games and share a kiss and just get together already, as the pair go on dates with their different tinder matches to the same restaurant! 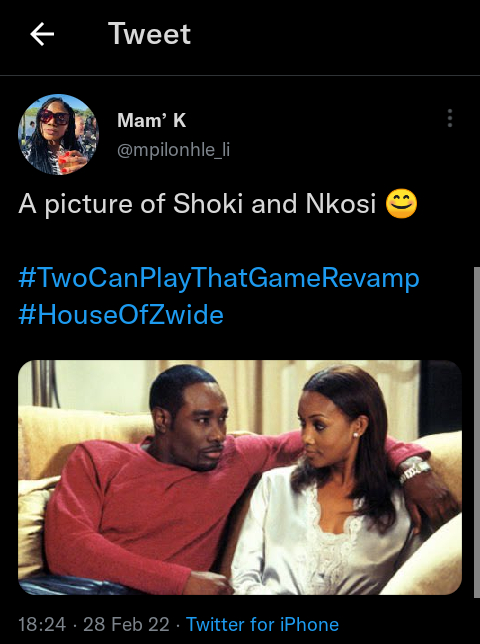 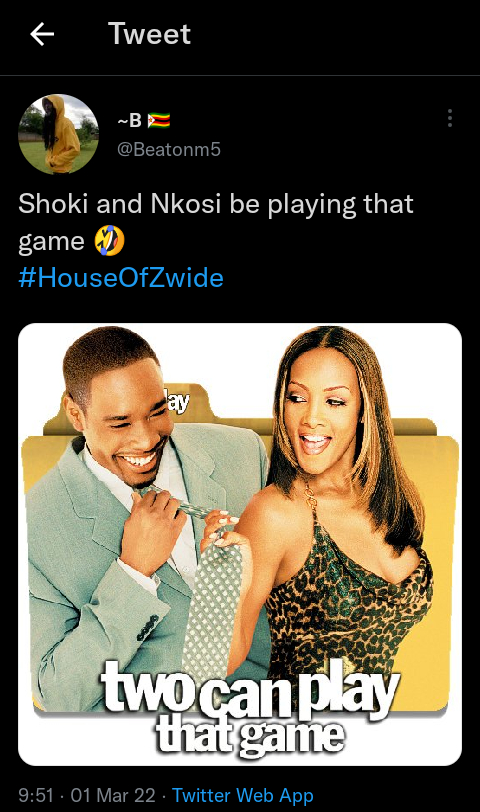 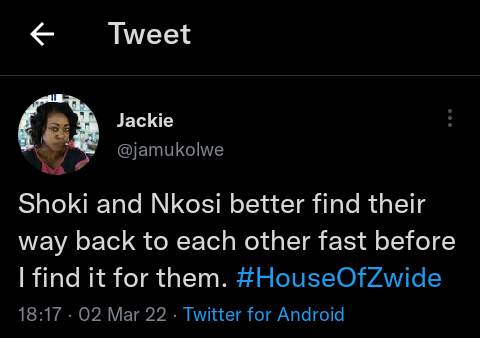 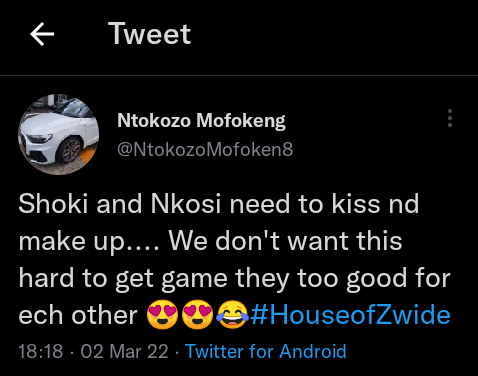 Tags
House Of Zwide Kosi
Ikedichim Chibundu Send an email 4 March 2022
Back to top button
Close
We use cookies on our website to give you the most relevant experience by remembering your preferences and repeat visits. By clicking “Accept All”, you consent to the use of ALL the cookies. However, you may visit "Cookie Settings" to provide a controlled consent.
Cookie SettingsAccept All
Manage Privacy