DJ Maphorisa recalls going through his girl’s phone and says “I nearly went to ICU”.

Although a lot of men like to put up a brave front, some aren’t afraid to speak out when they they feel threatened. A Twitter user recently took to the platform to call out Cassper Nyovest for texting his girlfriend.

We still have no idea how true his allegations are. Although Cass is yet to react to it (obviously because he’s on a social media break), DJ Maphorisa shared his thoughts on the matter. Replying the user, he adviced him to stop checking his girl’s phone revealing he almost went to the ICU the last time he did it.

Phory has always been honest about so much so this may very well be true. He previously dragged Prince Kaybee on Twitter calling him a “small boy” after a fan suggested they collaborate on a song together. 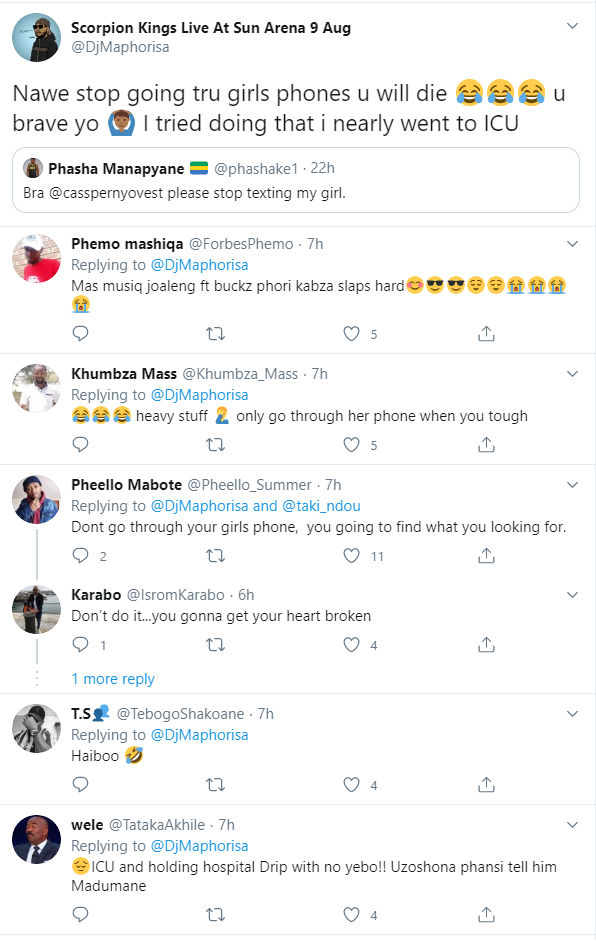