Idols Sa has got two new judges after the exit of Randall Abrahams and Unathi Nkayi. Meet JR Bogopa and Thembi Seete.

The two will join Somizi Mhlongo on the judging panel after the exit of the two previous judges. Somizi had exited the judging panel under controversial circumstances and then returned because the audience couldn’t have enough of him.

Randall Abrahams and Unathi, who had held court after Somizi’s exit, have now left, leaving room for JR Bogopa and Thembi Seete to take over.

Thembi Seete, who’s mostly known for her acting skills, is not new to the reality show. Last season, she had appeared on the show as one of the guest judges. Now she’ll be judging with a semblance of stability to her position.

JR is a celebrated rapper who many would rather all one of the OGs in South African rap. Last year, the songster had gifted a fan a car for Christmas. 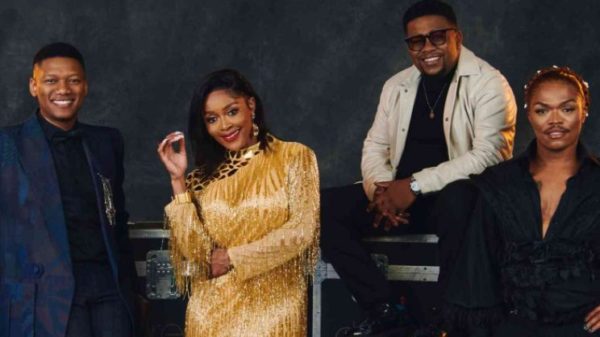 Well, in a statement the reality show organizers had noted that they were excited to welcome the two new judges to the judging panel for season 18 of the show.

It remains to be seen how well they would perform on the beat, and if fans will start comparing them to previous judges.

Tags
JR Somizi Thembi Seete
John Israel A Send an email 17 February 2022
Back to top button
Close
We use cookies on our website to give you the most relevant experience by remembering your preferences and repeat visits. By clicking “Accept All”, you consent to the use of ALL the cookies. However, you may visit "Cookie Settings" to provide a controlled consent.
Cookie SettingsAccept All
Manage Privacy