It’s a season of expectations for contestants of the reality television show Idols SA as they inch toward the final. From hundreds, we now have a top four, which means one of them could go home with the coveted prize as early as next week.

Not surprisingly, expectations have been pretty high, with fans sporting their opinions about their faves and wishing they win at the end of the day.

For Nozi fans, she’s nothing short of a superstar who will end up surprising other contestants at the end of the day by winning the star prize.

Thapelo has his stans, too. And he appears to have a little edge because he wowed one of the judges so much with his rendition of Lloyiso’s “Seasons” that Somizi declared that he sang the song better than its owner. That verdict elicited controversy, of course.

Mpilo herself has impressed many viewers of the reality show, one of whom was happy to note that she sings effortlessly and never overdoes things.

Ty Loner appeared to be the “loner” among the contestants, with opinions about him rarely favourable. But he has managed to remain on the show, with some tweeps stating they wish to have his luck.

Here’s what viewers are saying: 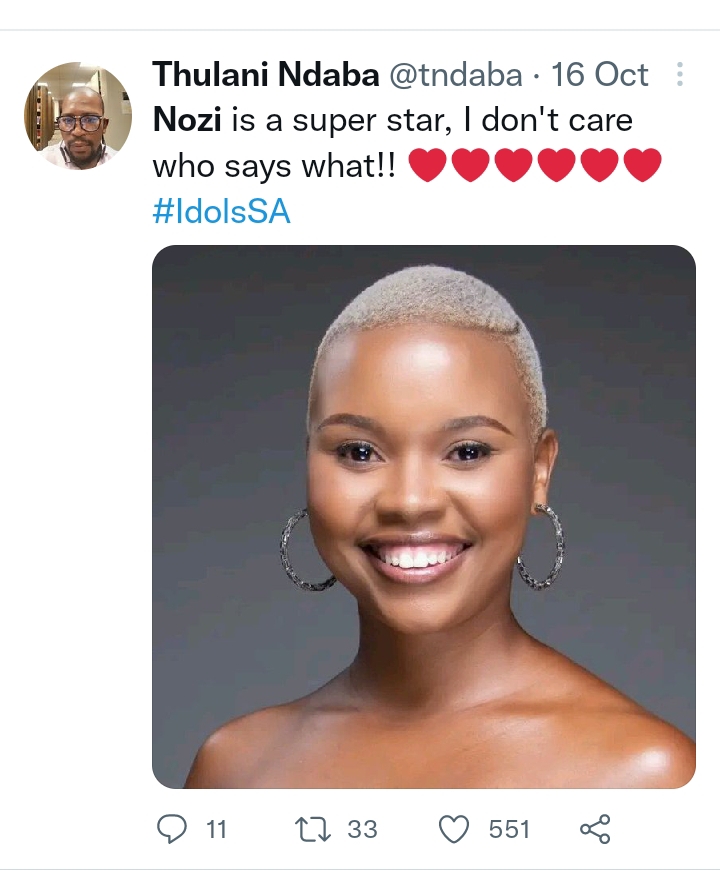 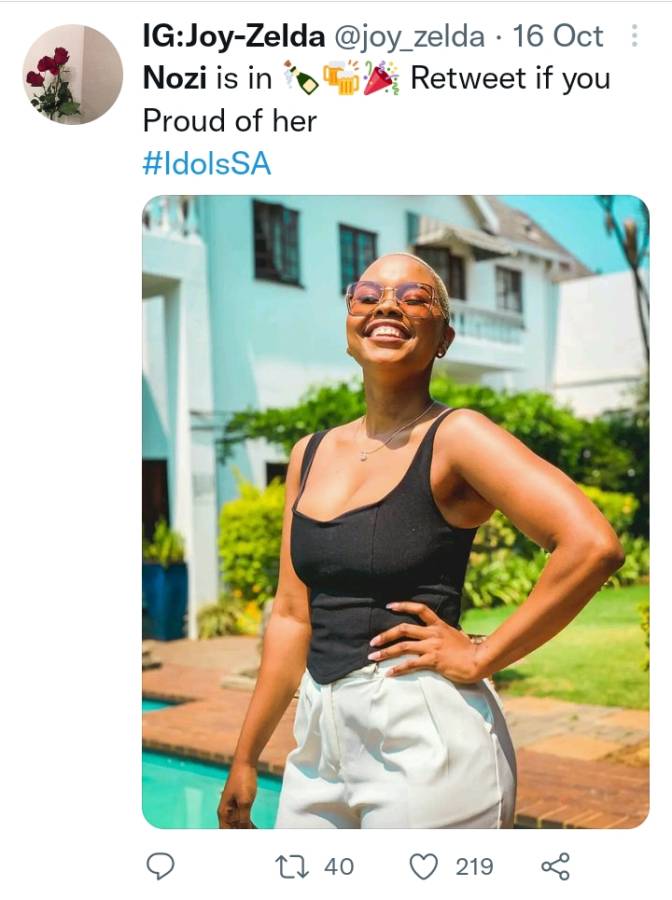 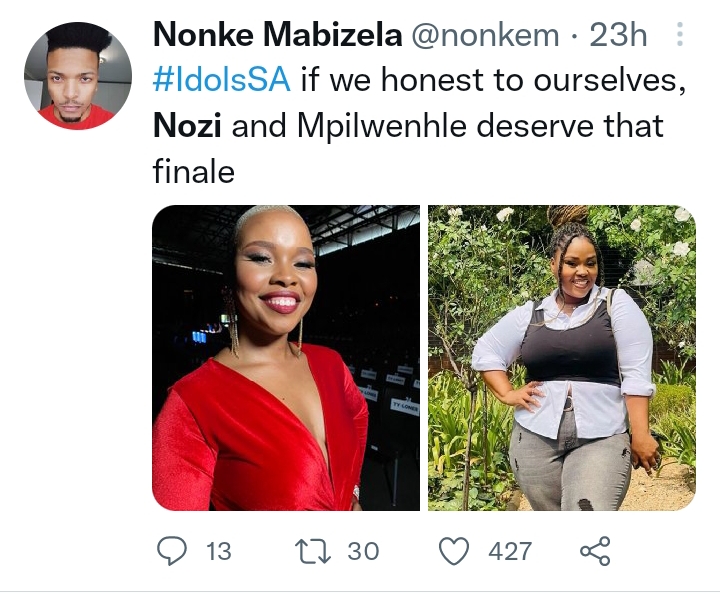 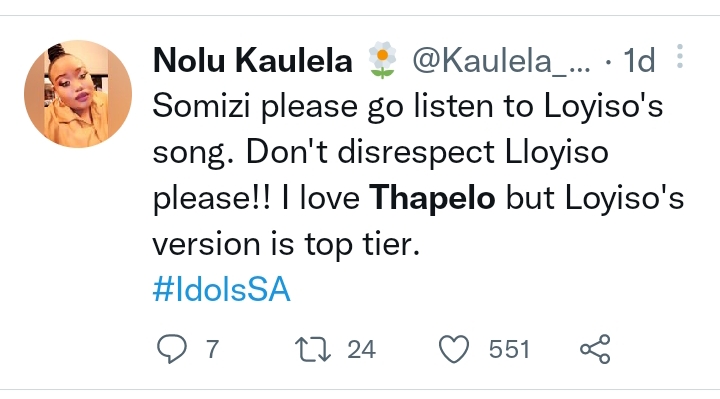 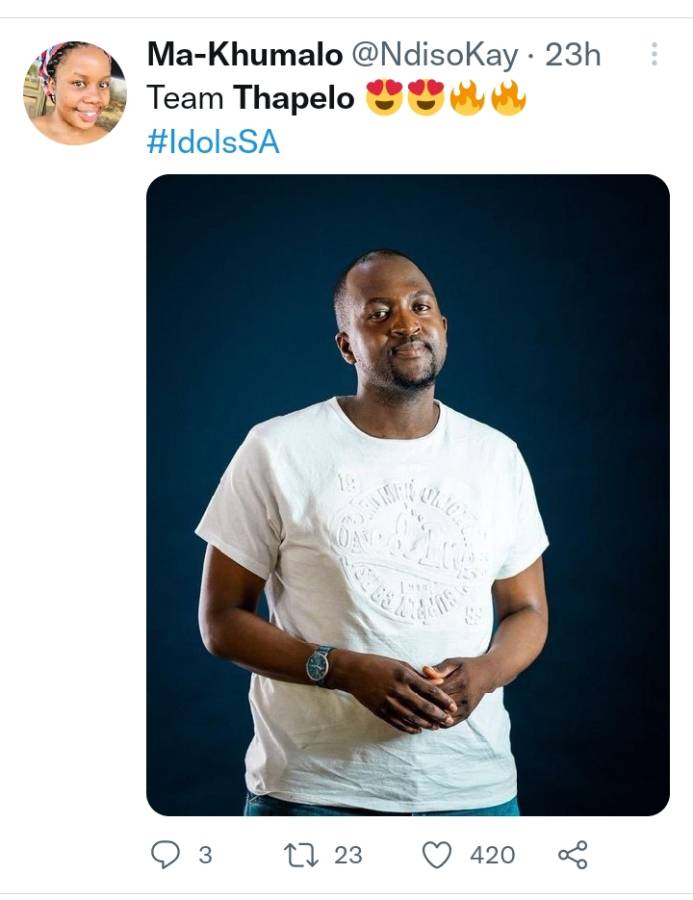 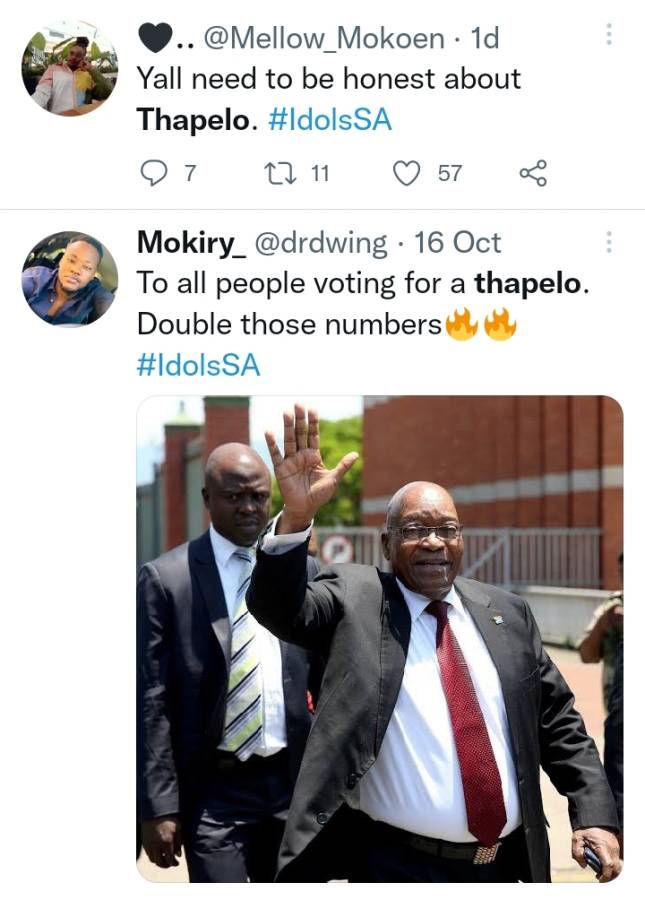 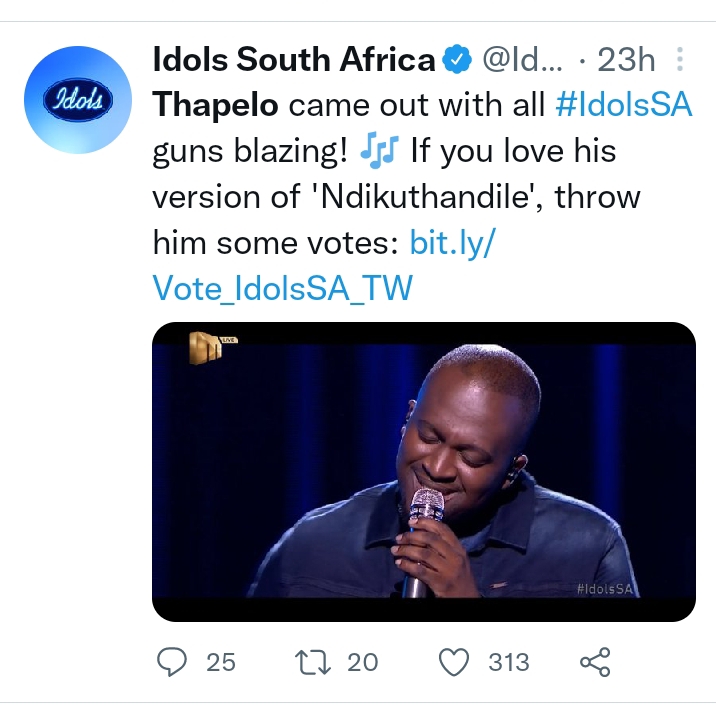 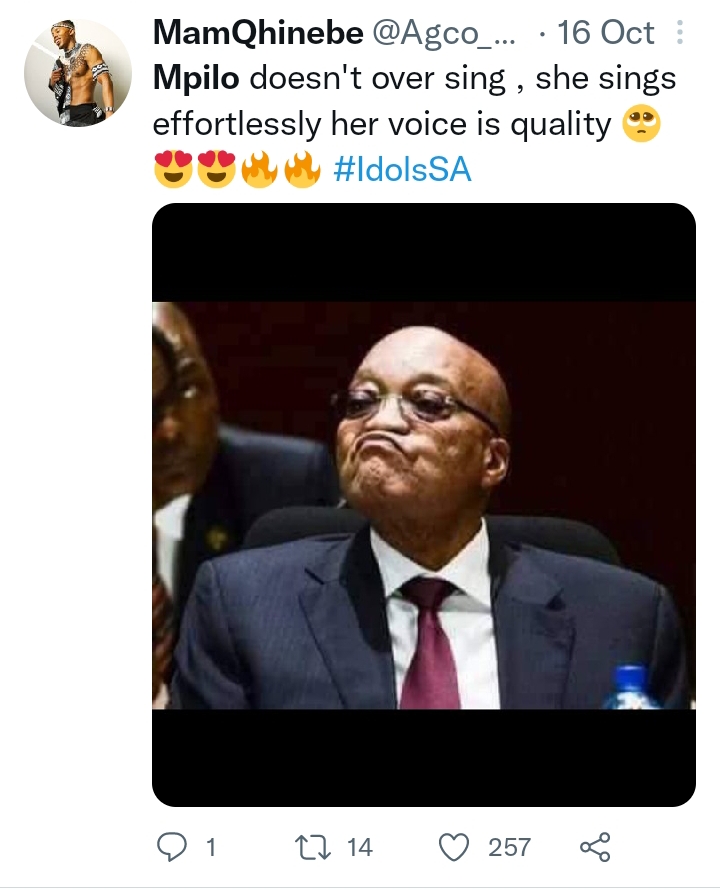 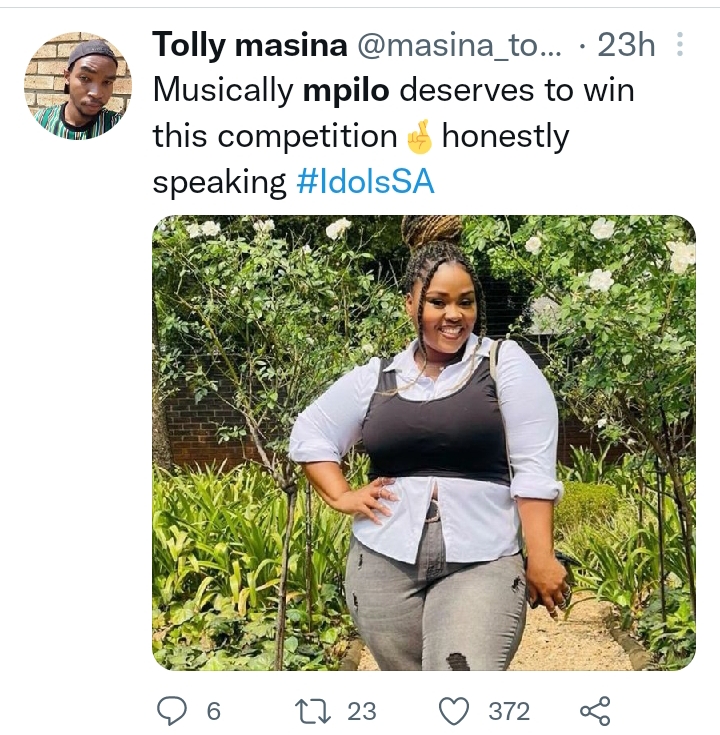 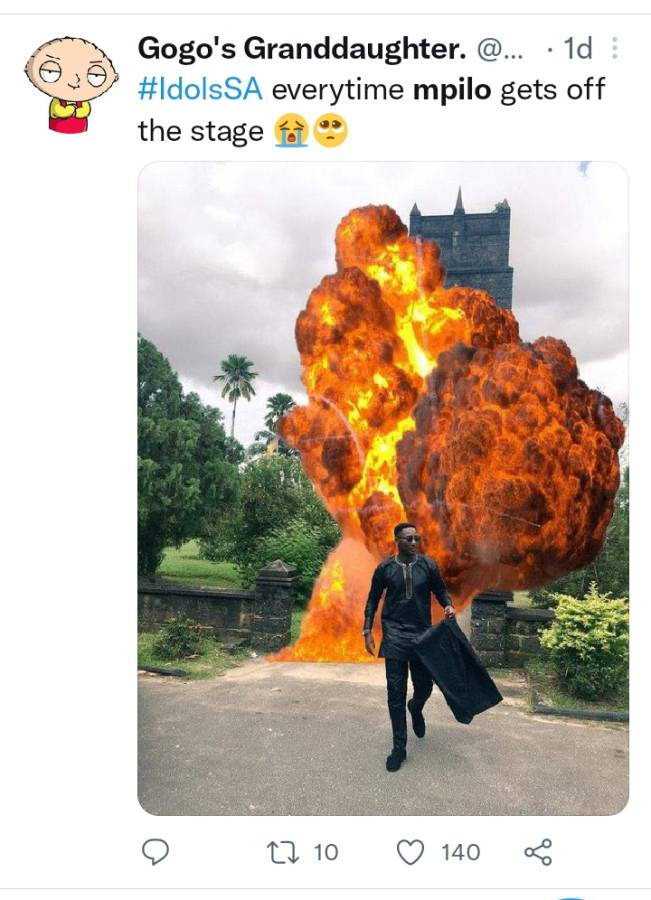 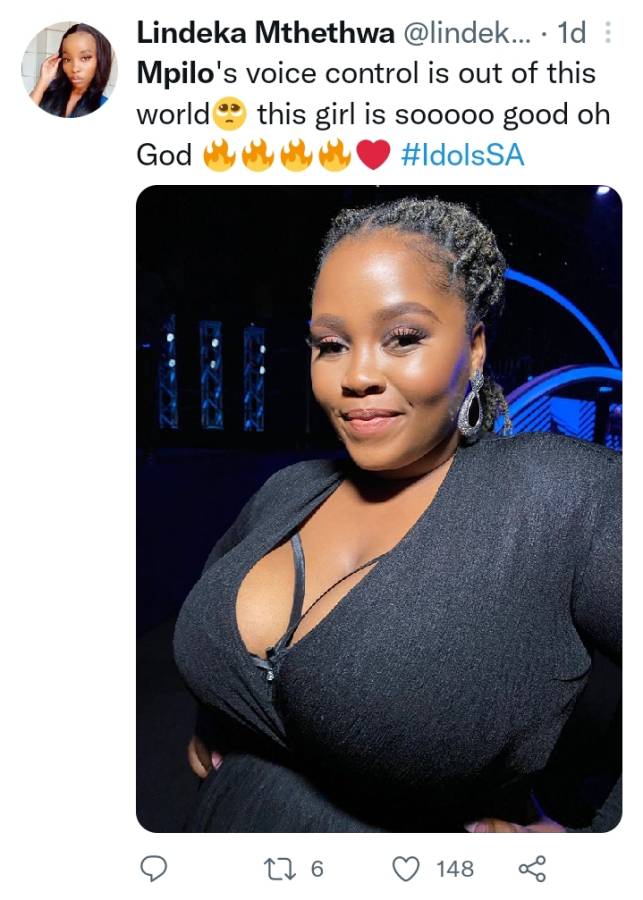 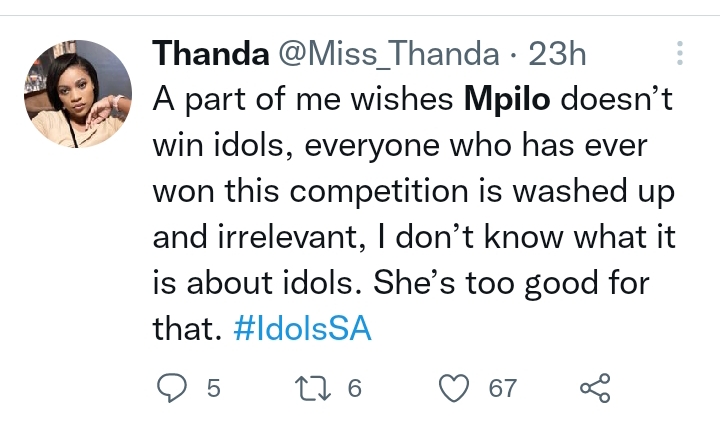 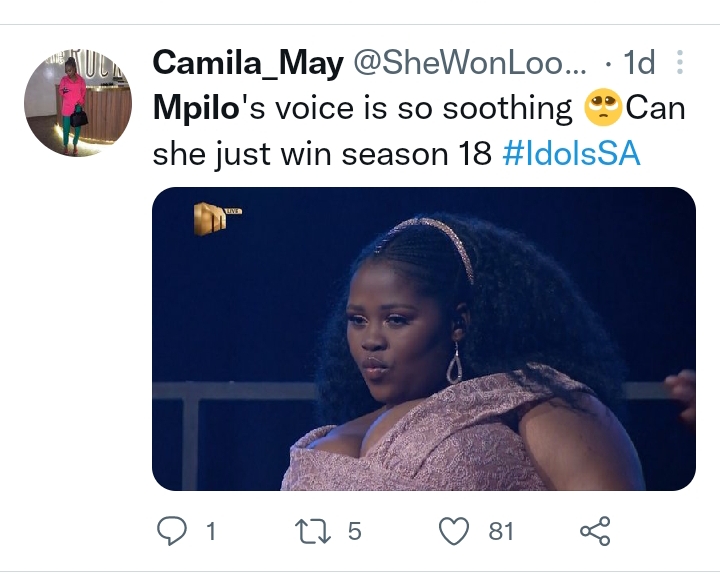 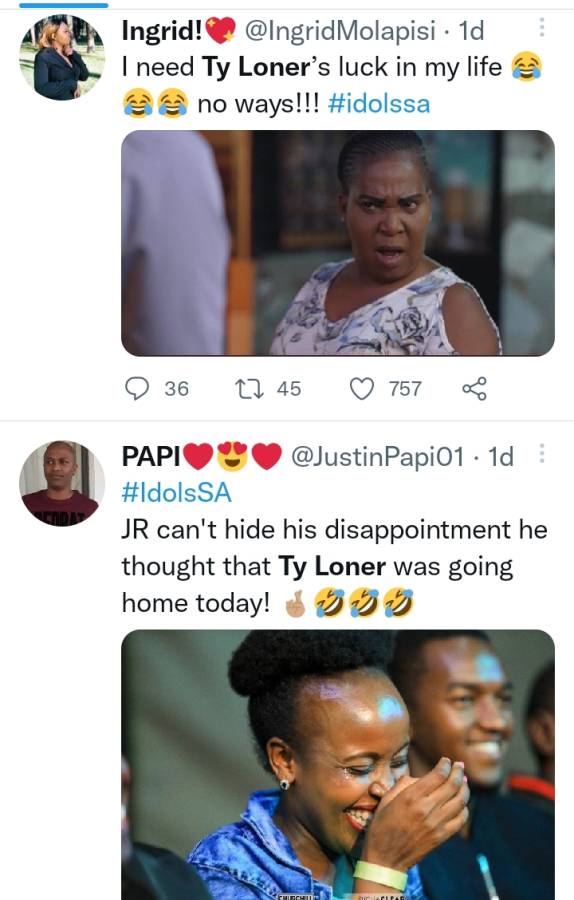 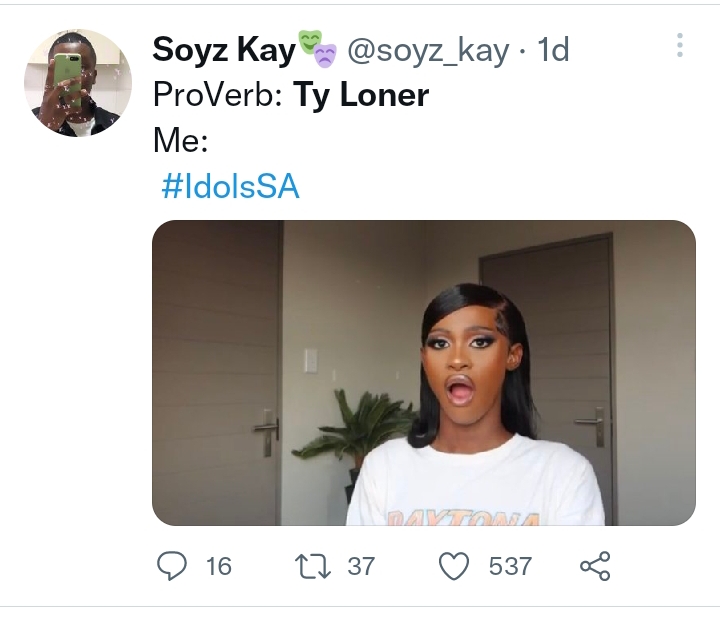 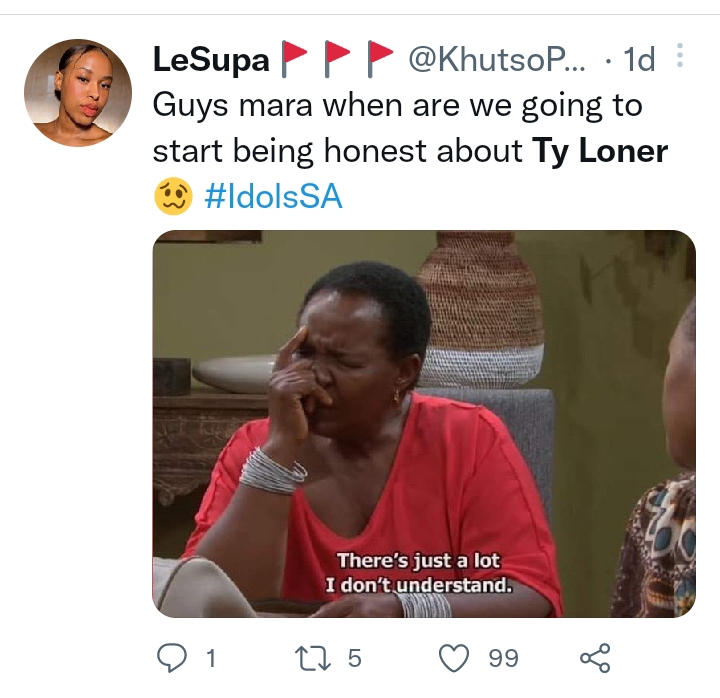 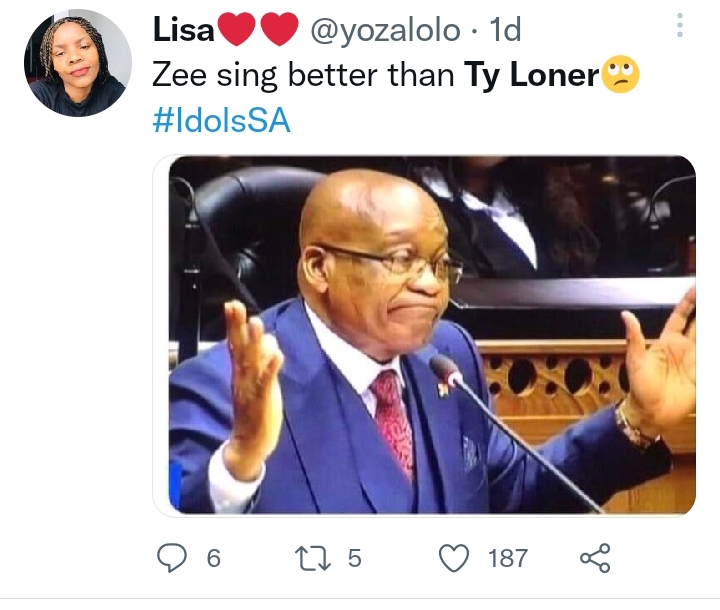 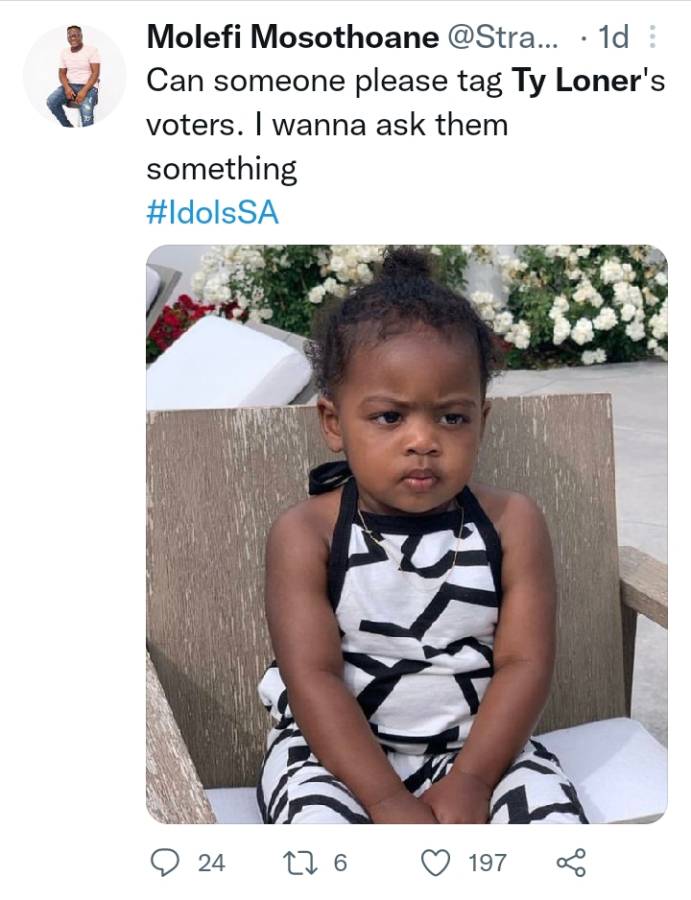 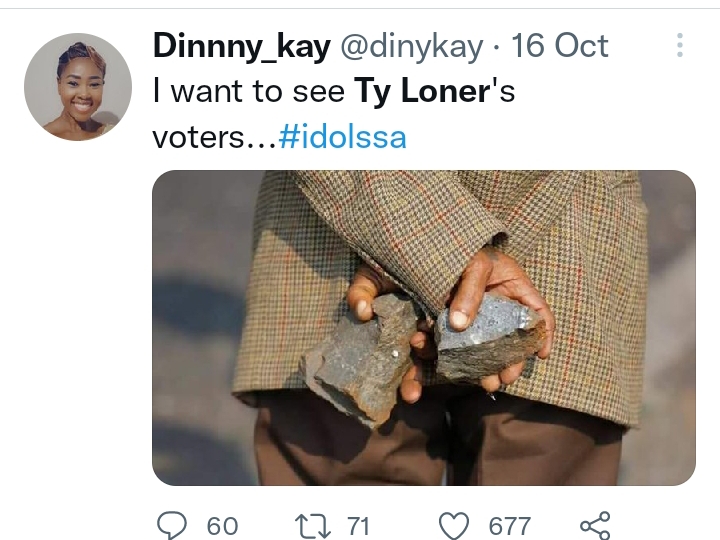 Tags
Idols SA Mpilo Nozi Thapelo Ty Loner
John Israel A24 October 2022
Back to top button
Close
We use cookies on our website to give you the most relevant experience by remembering your preferences and repeat visits. By clicking “Accept All”, you consent to the use of ALL the cookies. However, you may visit "Cookie Settings" to provide a controlled consent.
Cookie SettingsAccept All
Manage Privacy