The wait for muso iFani’s show is over as the songster finally debuts the show with him exploring the Peoples Republic of China.

Not only is the show out, the champ is already nursing big dreams for the future. In a series of tweets, he detailed the progress made so far, as well as his prospect as a new television presenter. In fact, he sees himself having a massive following soon.

In response to a tweet by People’s daily of China, the songster stated he was lucky to have learned how to make mooncakes in China as well as on television. Perhaps this would make part of the show. 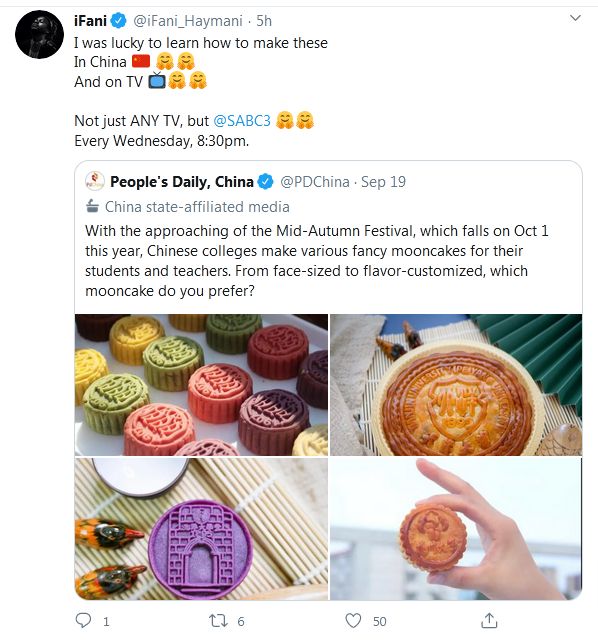 And because he is back on television, he sees himself having about a million followers soon. How soon he did not specify, but the coming months should reveal just that. Check it out below. 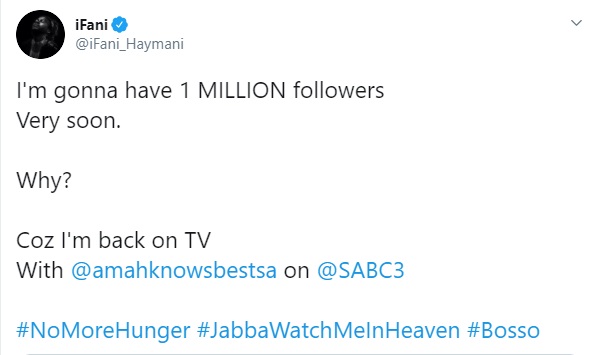 in another tweet he shout out HavalSA for giving him a splendid experience of the communist republic. 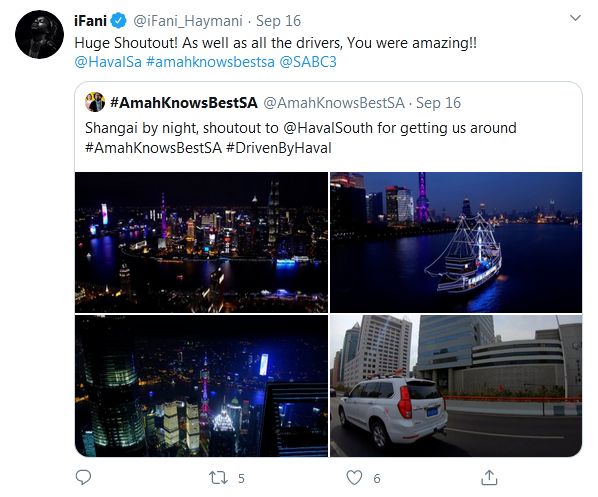 iFani’s optimism about his new show is shared by most of his fans on social media, as should be obvious to their responses to his tweets so far. By the way, the show premieres every Wednesday on SABC3 at 8:30 pm. Save the date, if you please.

Tags
iFani
John Israel A Send an email 21 September 2020
Back to top button
Close
We use cookies on our website to give you the most relevant experience by remembering your preferences and repeat visits. By clicking “Accept All”, you consent to the use of ALL the cookies. However, you may visit "Cookie Settings" to provide a controlled consent.
Cookie SettingsAccept All
Manage Privacy