iFani reveals plans to go after his biggest rival AKA with his comeback to the music scene.

SA Hip Hop star, iFani was once one of the biggest rappers in the country. Literally everyone wanted a piece of what he was cooking, until he shocked fans and took a break from all of it.

No one saw it coming. He hinted on personal reasons and taking time to prioritize his education. Prior to his exit from the game, he had a highly publicized feud with AKA who had claimed that Ifani was buying plaques. The two also constantly trolled each other on social media.

The “February” hit maker first made a comeback to the TV screens with his cooking show “Amah Knows Best”. He is now set to storm back into the airwaves with new music. According to him, he’s doing it to disappoint one “people” Super Mega. Guys, it’s about to get lit. 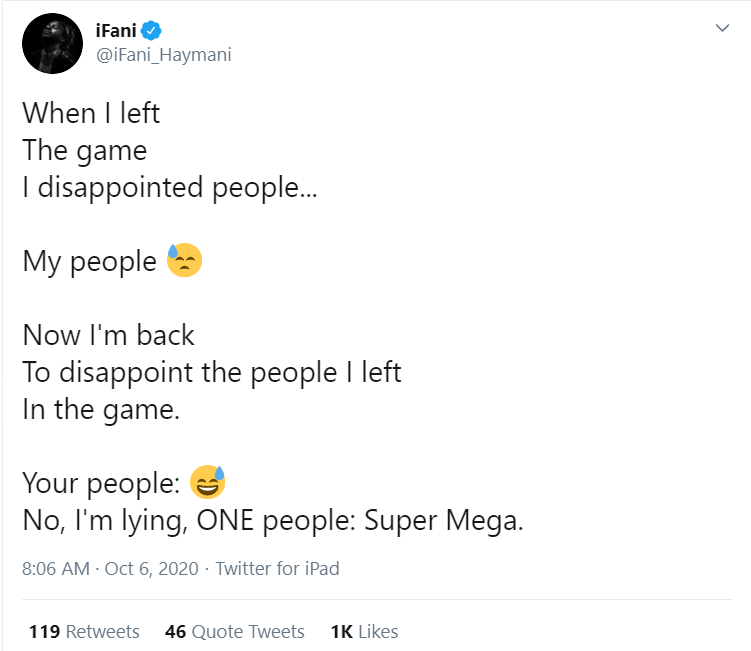