Kelly Khumalo’s daughter Thingo has just turned 7 and mummy is so excited that she threw a birthday bash for her own, inviting Thingo’s friends over to have a good time.

It was a moment of little chatter and good food as Thingo and her gang collected at her mummy’s home, away from the noise and bustle of the road.

Kelly Khumalo is so in love with her daughter, although she is keen to bury the nightmare surrounding the death of the child’s father. Senzo Meyiwa. Thingo’s father, was shot dead while he was in Kelly’s house. The case remains unsolved to this day.

Not long ago, a report had been leaked online indicating Kelly Khumalo was a person of interest in Senzo’s murder, but she denied this, describing the slain Bafana Bafana  goalkeeper as the only man he ever loved.

Senzo might no longer be on the material plane, but his daughter is doing pretty well. She’s already shown an aptitude for music like her mother. Would she end up a celebrated singer like Kelly? 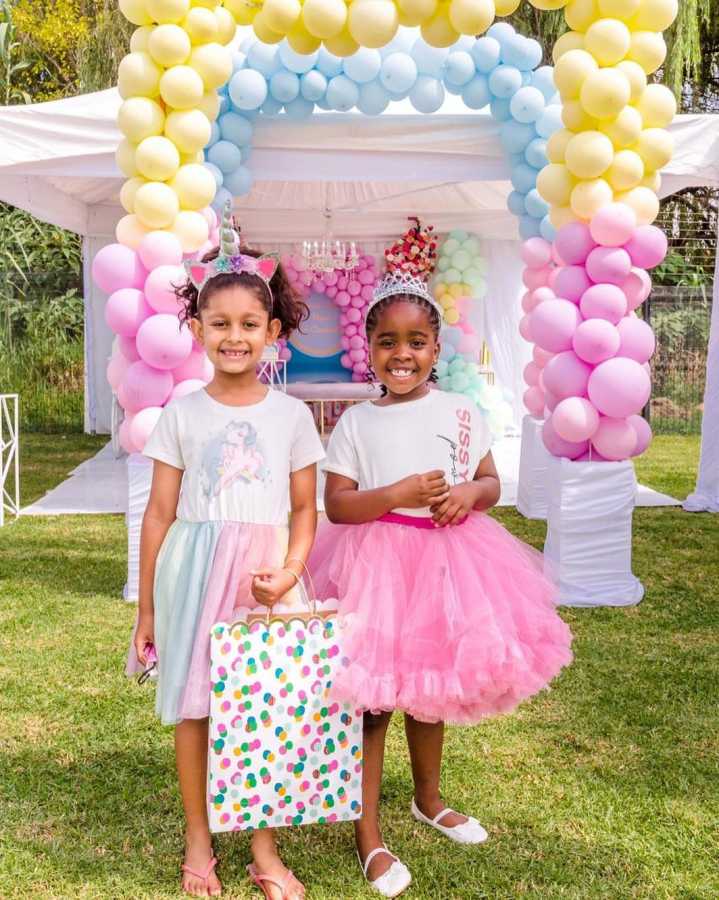 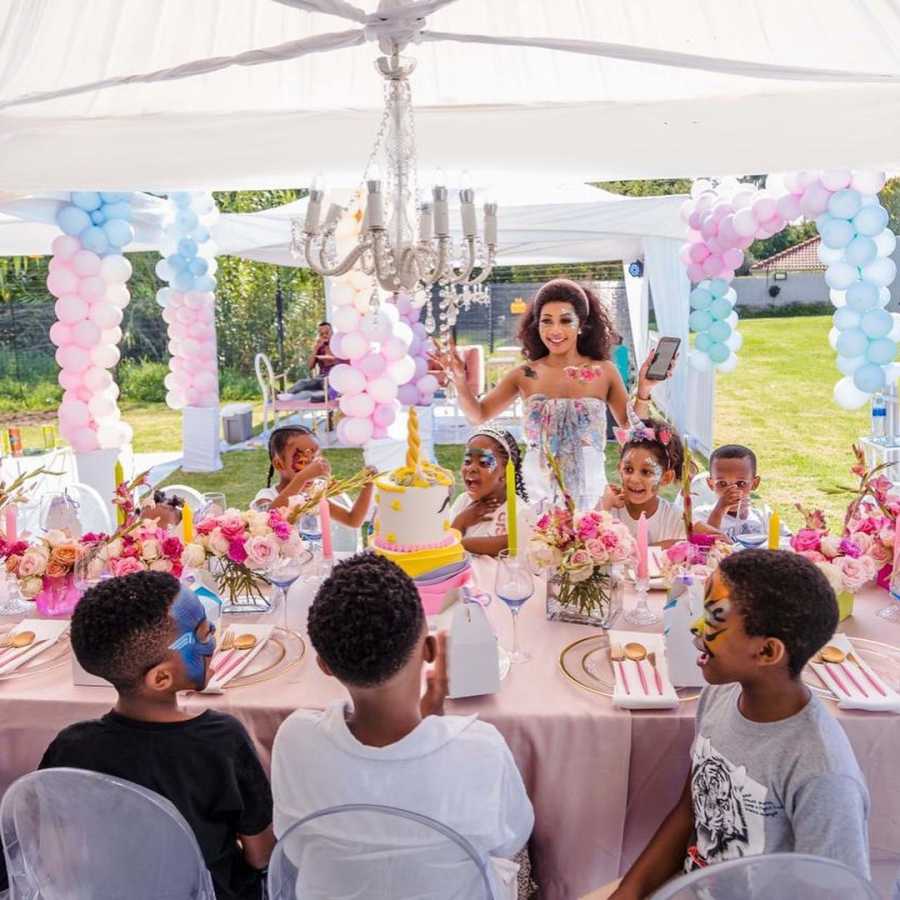 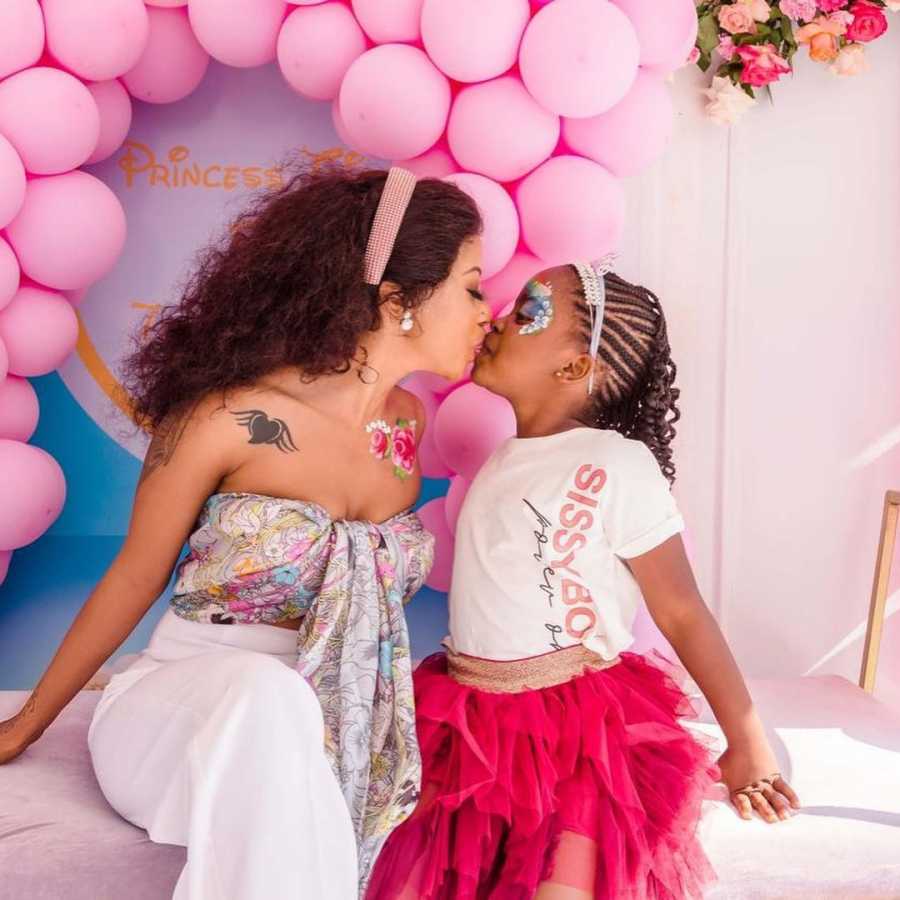 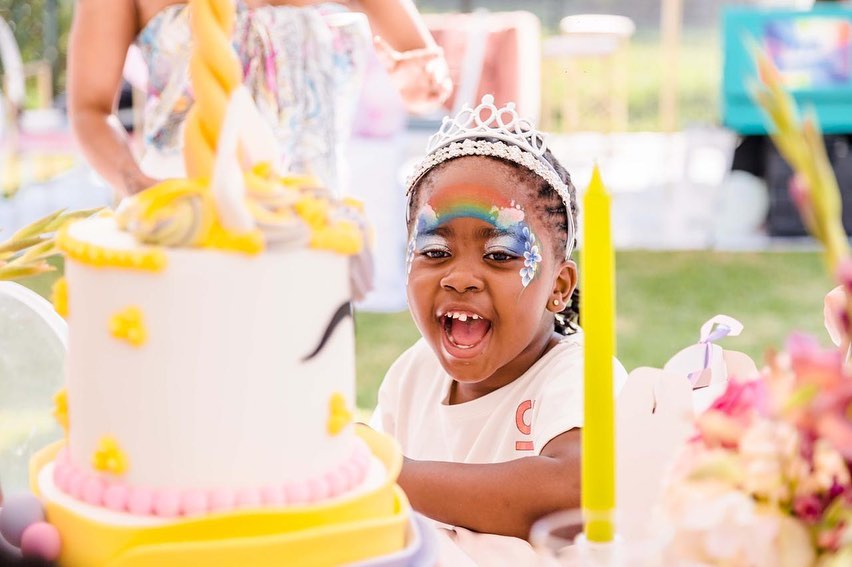 The world may have to wait for that. In the interim, it is Thingo’s birthday and one can only join her young friends and wish her the best going forward.

Tags
Kelly Khumalo Thingo
John Israel A Send an email 22 March 2021
Back to top button
Close
We use cookies on our website to give you the most relevant experience by remembering your preferences and repeat visits. By clicking “Accept All”, you consent to the use of ALL the cookies. However, you may visit "Cookie Settings" to provide a controlled consent.
Cookie SettingsAccept All
Manage Privacy