Rashid Kay says that Rap does not make you rich in South Africa.

Each day, we face one SA Hip Hop drama. No, there’s been no back and forth between rappers this time. However, Rashid Kay is raising some dust with his recent opinion on making money as a rapper in Mzansi.

According to him, “in South Africa, rap does not make you rich”. Yes, you read that right. This may hit hard if you’re an aspiring rapper, but don’t forget it’s only just his opinion. Kay believes that it rather opens doors to where the real money is. He cites Proverb and Slikour as examples to prove his point.

However, Nota Baloyi disagrees with his opinion on this. He urges up-and-coming rappers to not take Rashid’s words for it. According to him, they’re just lies to convince you that you don’t deserve to get paid what you’re worth. Check out the full post below and tell us what you think. 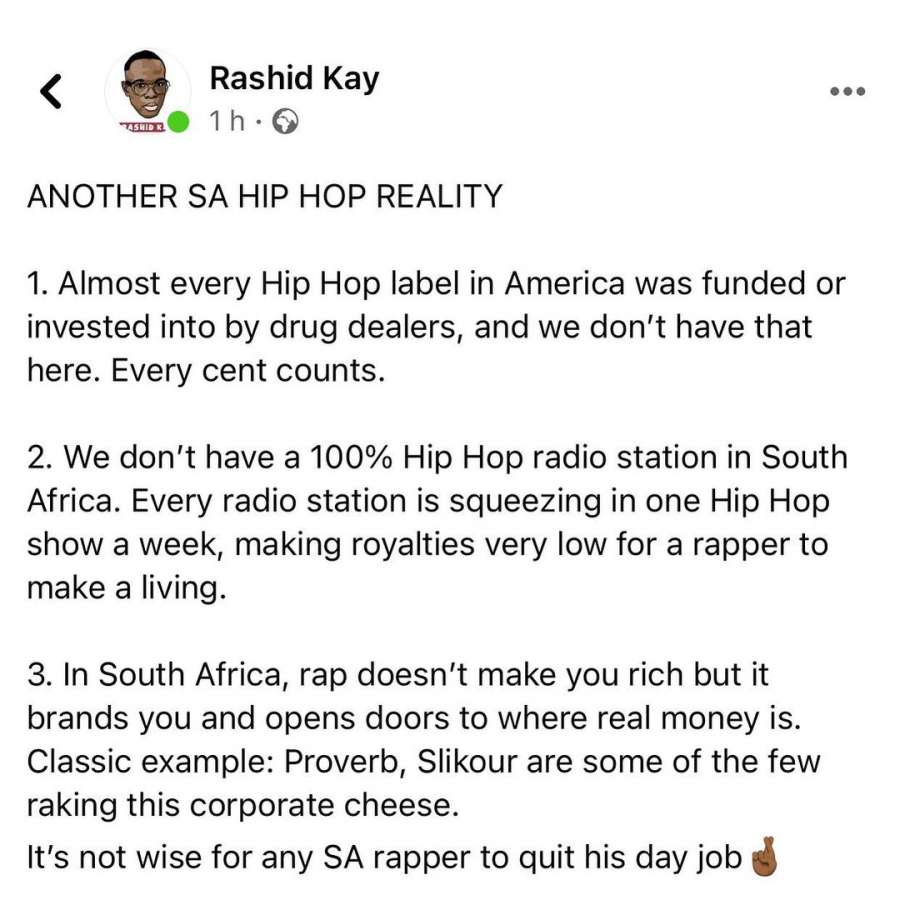