Inno Morolong has slammed Gigi Lamayne for allegedly trying to steal her man.

In a recent post to social media, she had claimed that Gigi Lamayne had followed her man on Instagram, describing her action as nothing short of a ploy to prise the man from her grip. 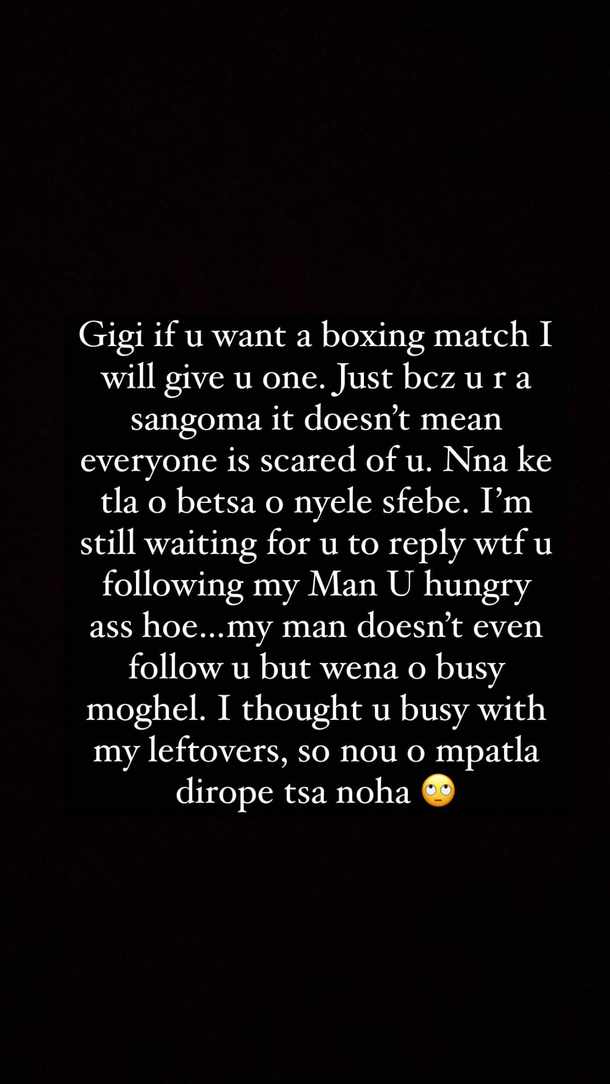 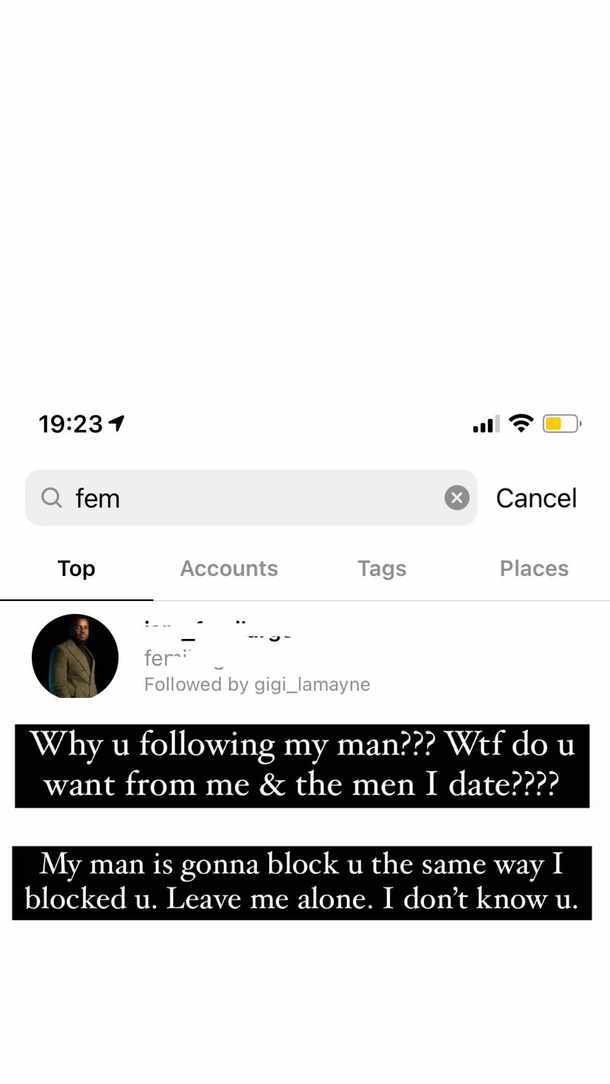 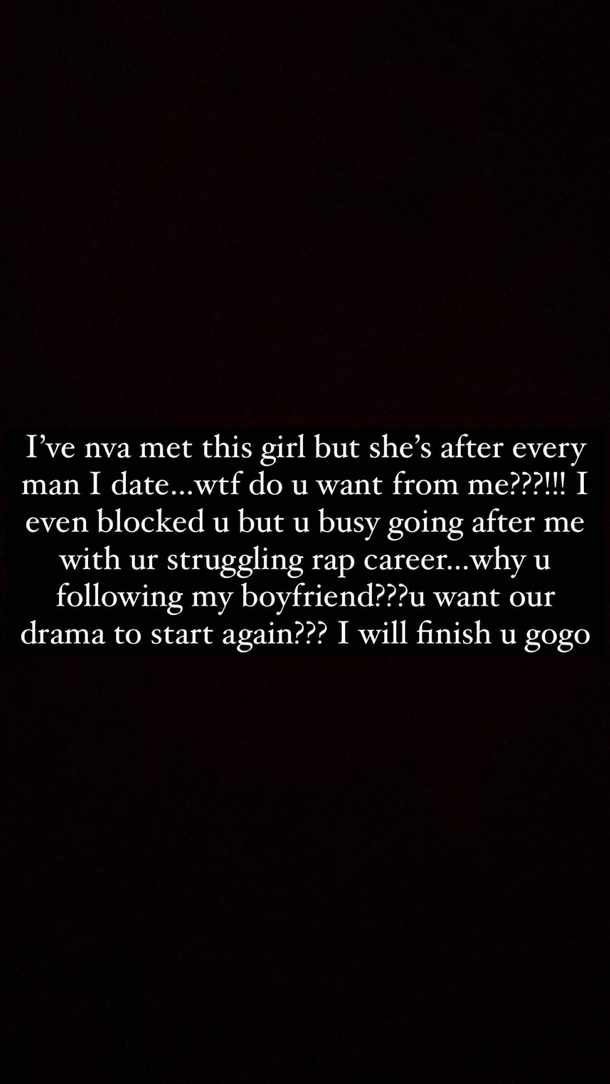 She also denounced the “Job Woods” rapper as ugly, adding that she has never met Gigi but the songstress is always after every man she dates. She dismissed Gigi Lamayne’s rap career as struggling, adding that she was going to finish the rapper.

Inno Morolong calls Gigi Lamayne dirty and she is not scared of her. pic.twitter.com/cumD1HHu9G

Inno’s outburst apparently got to Gigi Lamayne, but she appeared unready for all the drama. In apparent response to Inno, Gigi had posted a picture of herself in a swimsuit, with the caption: “If you don’t like it, change it.”

Gigi goes on to say that she’s concentrated on taking her bags, exploring and advancing her music career. She added that she was not going to respond to the drama of what’s happening on social media.

Some fans commend her for the way she responded to Inno. Some social media users took shots at both of them, though, wondering why they should fight over a man when the world is full of men and they could easily make their choices from the abundance.

By the way, the man both women are allegedly fighting over is no other than Femi Large aka Zagaza Master.

Tags
Gigi Lamayne Inno Morolong
John Israel A Send an email 24 November 2021
Back to top button
Close
We use cookies on our website to give you the most relevant experience by remembering your preferences and repeat visits. By clicking “Accept All”, you consent to the use of ALL the cookies. However, you may visit "Cookie Settings" to provide a controlled consent.
Cookie SettingsAccept All
Manage Privacy