She made this known in a recent post to social media but failed to mention the company’s name. In her statement, she clarified that the company no longer represents and her brand.

Continuing, she stated he had contacted her lawyers to investigate the company and its reps for possible criminal conduct.

Reacting to her claims, CSA Global had noted “for the record” that Bonang has been in breach of multiple contracts with various bands for the past six months. According to the company, they’re already waiting for a response from Bonang’s lawyers regarding letters sent to the lawyers. 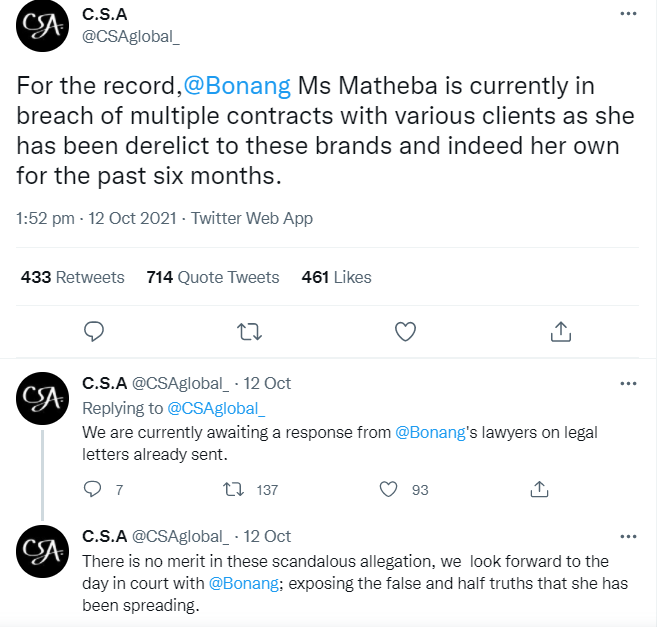 And to make it clear it has nothing to fear from Bonang deciding to end their business relationship, CSA Global had stated that it is looking forward to a court appearance when Bonang will have to address the “half-truths” she had spoken about the company. 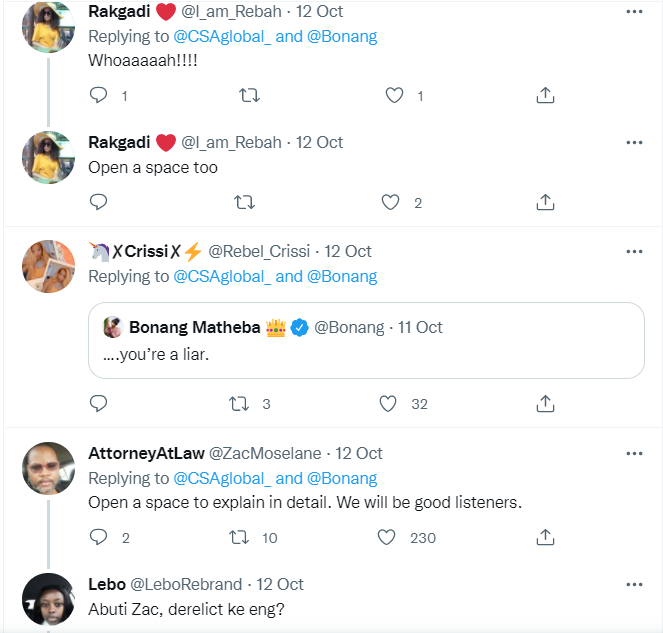 Following her desire to end her relationship with CSA Global, Bonang had trended on Mzansi Twitter, with tweeps offering their thoughts on the controversy. She was recently in the United States, where she co-hosted a Global Citizen Live event.

Tags
Bonang Matheba CSA Global
John Israel A Send an email 13 October 2021
Back to top button
Close
We use cookies on our website to give you the most relevant experience by remembering your preferences and repeat visits. By clicking “Accept All”, you consent to the use of ALL the cookies. However, you may visit "Cookie Settings" to provide a controlled consent.
Cookie SettingsAccept All
Manage Privacy