AKA is one rapper who has never hidden his love for, and use of, auto-tune. Many rappers out there use it, so it’s the big deal about me using it?

AKA, whose birth name is Kiernan Jarryd Forbes, was at the mountains days ago to shoot the music video of his latest single “Energy” in the company of several pals, including the producer Gemini Major.

She shared a few clips of the making of the “Energy” video, which has a spiritual angle to it, throwing fans into the wind of excitement. In the mountains, AKA sang R Kelly’s “Storm Is Over” without auto-tune. Fans noticed instantly and were pretty chuffed with his performance.

You can check out the reaction of some of his fans in the screenshots below. 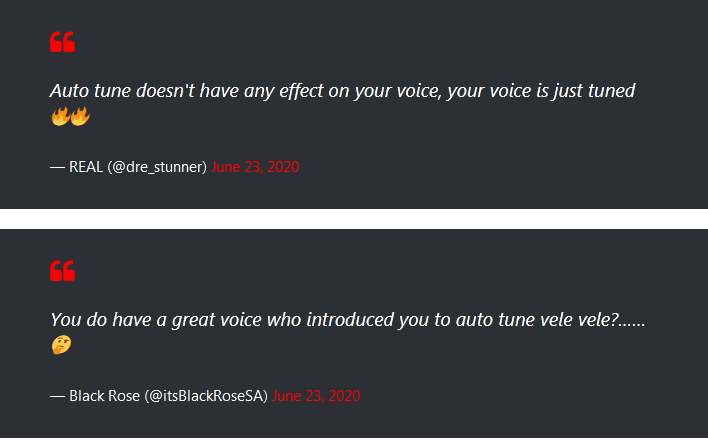 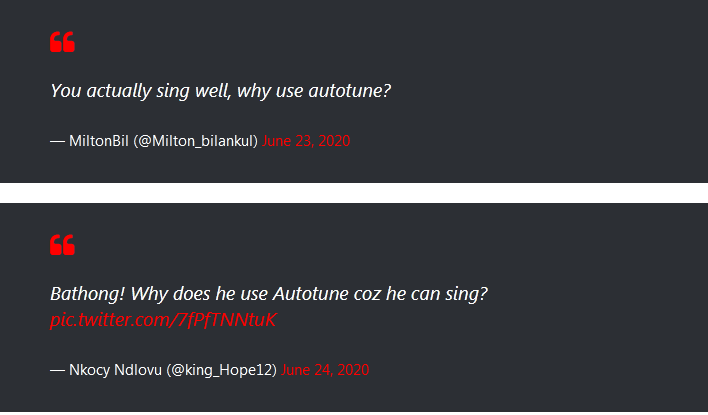 The consensus among many of them is that the rapper is pretty good without auto-tune. For one whose auto-tune use has been criticized heavily in the past, this latest affirmation probably means a lot. But will AKA dump his auto-tune and begin delivering his bars without it?

We can’t say. But then time has a way of revealing things. Keep your eyes open for updates, peeps. You may as well drop your thoughts below.