It appears like Kim Kardashian might have reached the end of her tether in her relationship with husband Kanye West. Speculations are rife she might divorce him soon over his bipolar and his stance on abortion.

The “DONDA” rapper is reportedly against abortion and even denounced it in his album “Jesus Is King.”

According to PageSix, Kim Kardashian already has the divorce thing planned out but is waiting for the current episode of his bipolar disorder to pass.

The songster raised concerns recently when he addressed his first daughter North in a tweet, sating that he was going to war and might be murdered soon. In the event of his murder, he urged his daughter not to let white media make her think he was a bad man.

Before then, Kanye West had claimed Kim wanted to lock him up and even force him to see a doctor. He threatened to reveal her family secrets if sje did that. He had thereafter apologized for his actions.

Kim Kardashian is said to be navigating a difficult bend in her relationship with her husband. She is giving hints in her Instagram stories, she recently posted that she couldn’t sleep at 4:45 am. You can check out her post below. 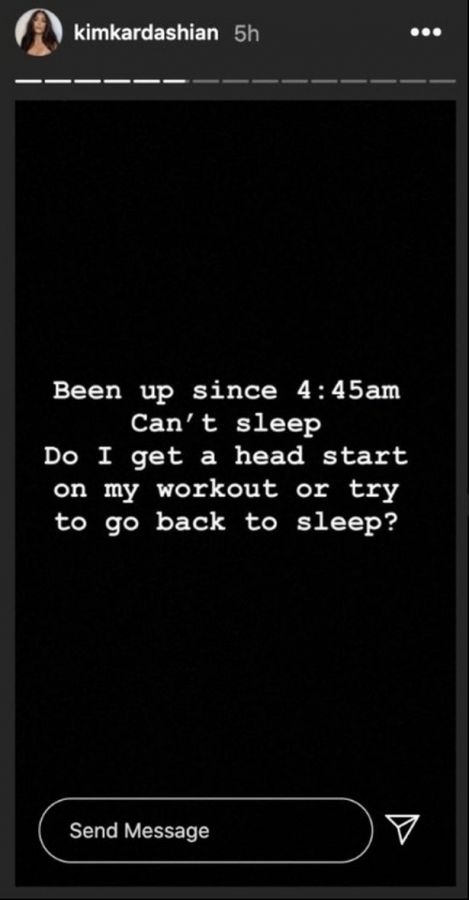 Tags
Kanye West Kim Kardashian
John Israel A Send an email 22 September 2020
Back to top button
Close
We use cookies on our website to give you the most relevant experience by remembering your preferences and repeat visits. By clicking “Accept All”, you consent to the use of ALL the cookies. However, you may visit "Cookie Settings" to provide a controlled consent.
Cookie SettingsAccept All
Manage Privacy