Mzansi comedian, Trevor Noah has been in the news for the new multimillion dollar Bel-air home he recently acquired. Social media has been full of praise for the talk show host who makes us proud every time.

However, some believe that popular poet, and activist, Ntsiki Mazwai is not impressed at all. Ir is hard to say if this is true. Her recent comments on the news have led many to believe that she’s jealous of Trevor’s new home. Reacting to the news on Twitter, Mazwai revealed that if she purchased the home, she would be afraid of being alone in it.

According to her, her biggest fear is not having a family to share the space with. Most social media users believe her comments to be shade at Trevor’s new acquisition. Let us know what you think about this. 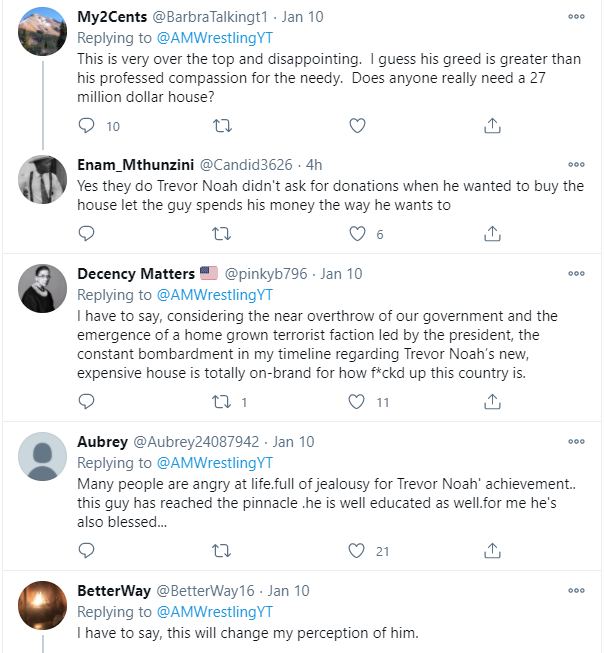 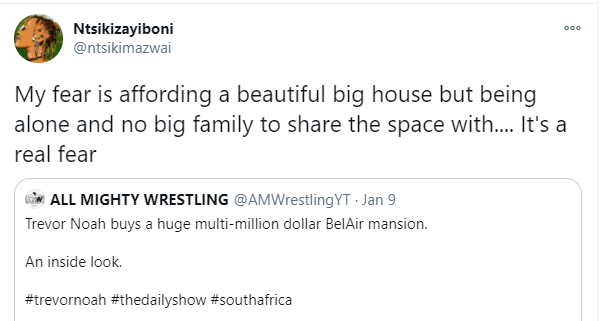 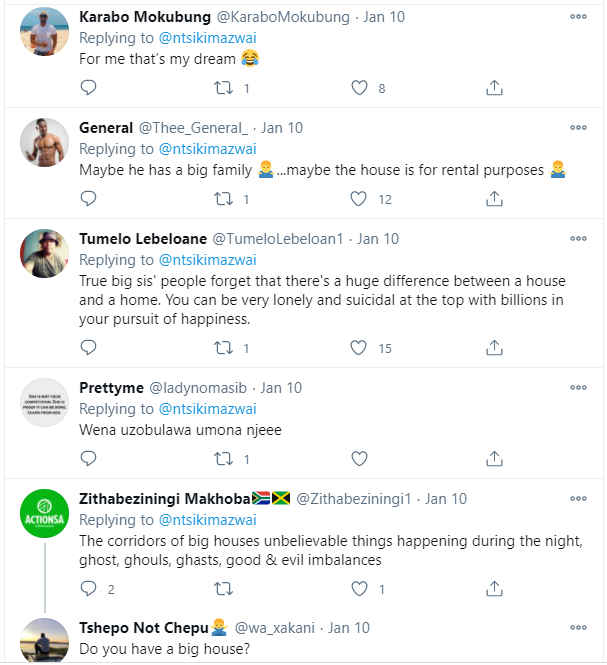 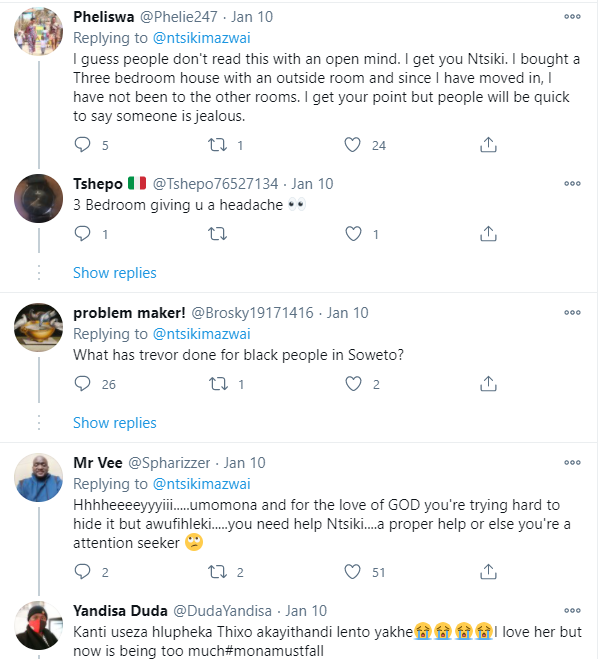 Tags
Ntsiki Mazwai Trevor Noah
John Jabulani Send an email 12 January 2021
Back to top button
Close
We use cookies on our website to give you the most relevant experience by remembering your preferences and repeat visits. By clicking “Accept All”, you consent to the use of ALL the cookies. However, you may visit "Cookie Settings" to provide a controlled consent.
Cookie SettingsAccept All
Manage Privacy