When it initially aired, Isencane Lengane raised eyebrows. But it has since been accepted by most viewers and even become a favourite.

At the centre of the reality show is the young bride Thando. She had reportedly failed matric but some peeps think – and are saying – that she got four distinctions.

While some viewers wouldn’t be bothered about her matric others. They rather focused on how beautiful she looked but have since “ruined” that beauty by getting gold teeth.

Some viewers are not a fan of her early marriage, though. They think it’s the reason she failed, and that if she desires to fly ahead, she should ditch her fan and focus on her dreams.

And yet some viewers called out her father for being unreasonable. According to them, while Thando must have been chasing clout on social media, her father should not have put a call to a radio station about it but reached out to his daughter privately. 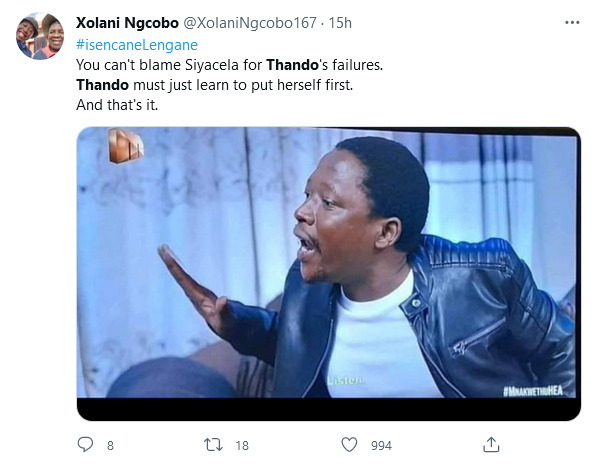 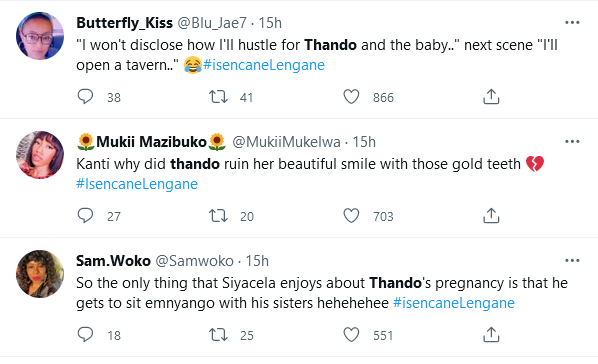 Opinions about the cast may have been missed but they at least show that the audience isn’t just watching but also interested in what’s been played before them. And for a show that was initially spurned, that’s something to celebrate.

Tags
Isencane Lengane
John Israel A Send an email 6 June 2022
Back to top button
Close
We use cookies on our website to give you the most relevant experience by remembering your preferences and repeat visits. By clicking “Accept All”, you consent to the use of ALL the cookies. However, you may visit "Cookie Settings" to provide a controlled consent.
Cookie SettingsAccept All
Manage Privacy