Some South Africans have denounced the government of President Cyril Ramaphosa, accusing it of hypocrisy in the treatment of Miss South Africa Lalela Mswane.

The beauty queen had not been given the government’s support when she vyed for the Miss Universe crown and traveled to the Jewish state for the competition.

At the time, the public sentiment was that the government refused to support her because it was supporting the Palestinian cause – which wasn’t actually the case.

At any rate, when the presidency of South Africa posted that President Cyril Ramaphosa received a Letter of Credence from the Ambassador of the State of Israel, His Excellency Mr Eliav Belotsercovsky, on the occasion of the  Credentials Ceremony at the Sefako Makgatho Presidential Guesthouse in Tshwane, some South Africans were incredulous. 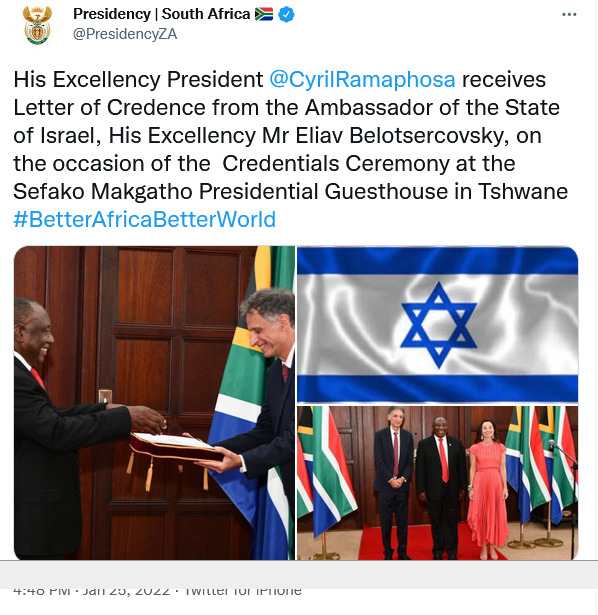 Taking to Twitter, some of them had stated that the government should apologize to the beauty queen for not having supported her at the time, only to be hobnobbing with the state of Israel now. You can check out some reactions below. 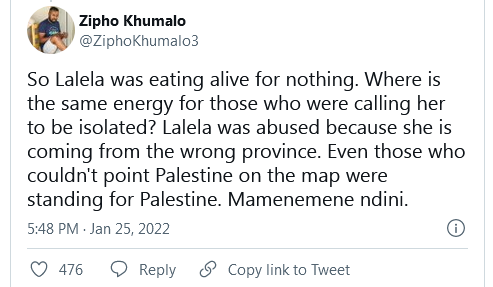 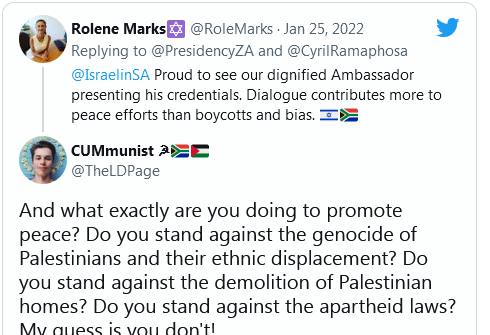 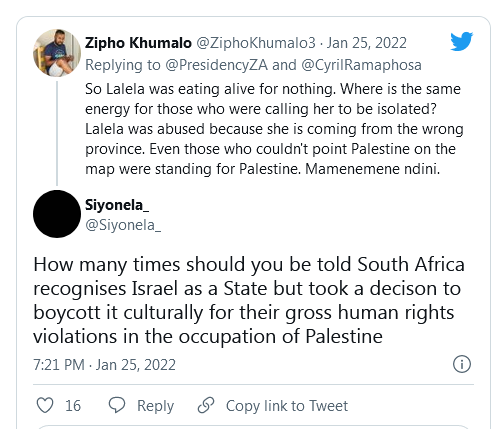 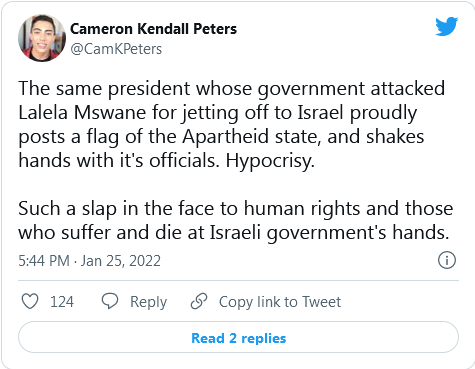 The government hasn’t said anything about the current outrage, and it’s doubtful the government will. At any rate, South Africans have registered their grievances with how one of their own was treated by the government.

Tags
Lalela Mswane
John Israel A Send an email 26 January 2022
Back to top button
Close
We use cookies on our website to give you the most relevant experience by remembering your preferences and repeat visits. By clicking “Accept All”, you consent to the use of ALL the cookies. However, you may visit "Cookie Settings" to provide a controlled consent.
Cookie SettingsAccept All
Manage Privacy