In case you were wondering, it hasn’t been long since DJ Maphorisa and Kabza De Small decided to start an Amapiano production group together. Fast forward from then till now, the two have a trail of hit songs in their name, and dope projects too. It’s just amazing how far they’ve come.

About a year ago, they released the “Scorpion Kings” EP and it became an instant hit. The EP contained a total of 8 tracks and featured contributions from Dlala Mshunqisi, Vigro Deep, Nokwazi, and more. They have since followed it up with various other music releases.

Phory took to Twitter on Wednesday, 27th May to celebrate the EP’s one year anniversary. He was later joined by his partner Kabza who retweeted it. Both hit makers still have plans to drop new projects very soon. 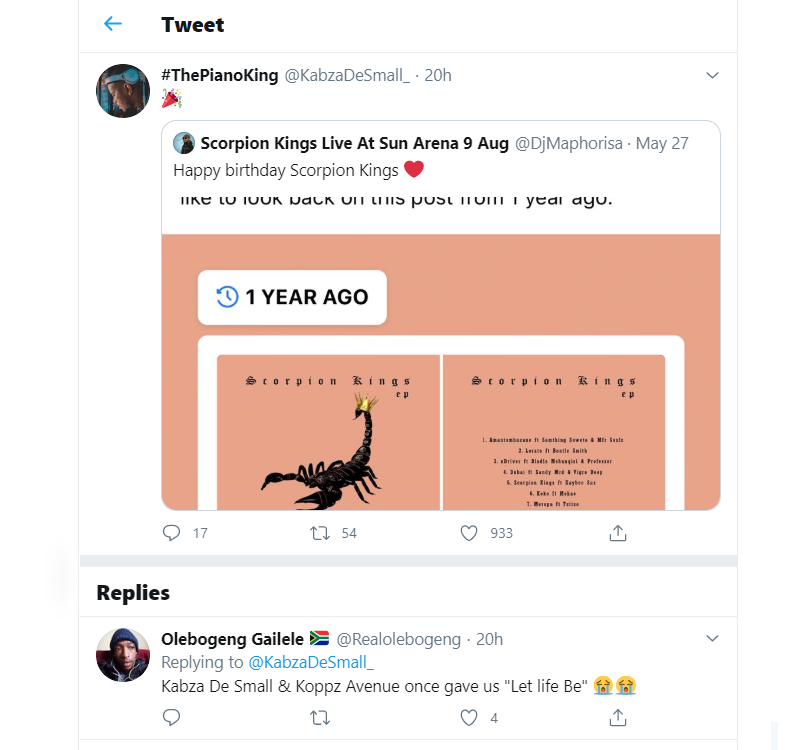 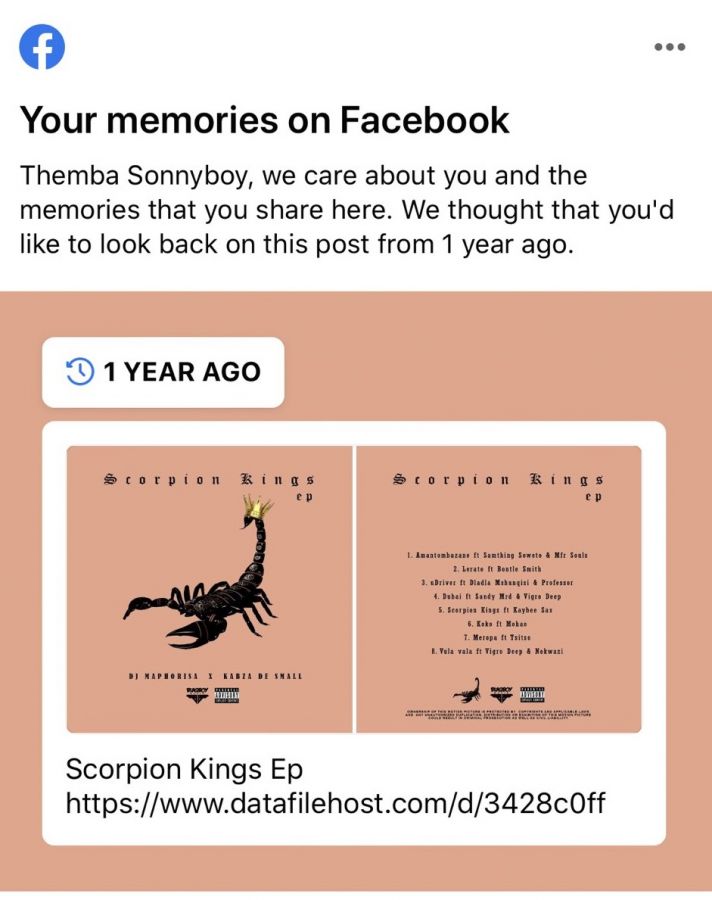